You know you are a big name when they name a set after you, and for hockey, no bigger name than Gretzky. 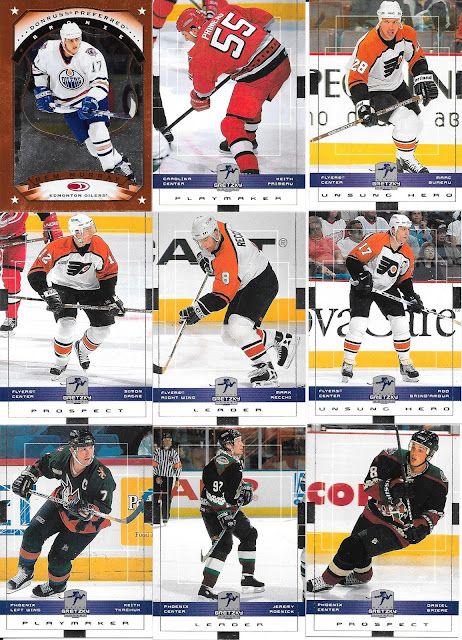 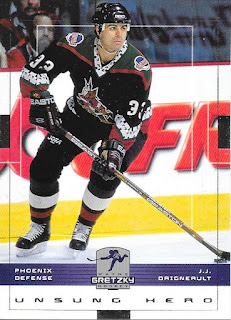 A solid 10 keepers for sets, most being from the 1999-00 Upper Deck Wayne Gretzky set which, with his retirement, Upper Deck went ahead and stuck his name on a set to pay homage to the great.
The base set is 180 cards which also include comments from Gretzky on the players from around the league, so definitely a good way to incorporate him while still keeping the focus on the league and players as a whole.
I probably won't see any of the inserts, though those had more focus on Gretzky himself. 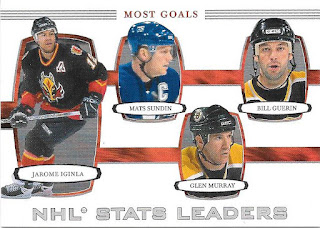 A nice Leaf collection add with a Sundin shared goal leaders card, and some "inserts" or food issue type keepers as well... 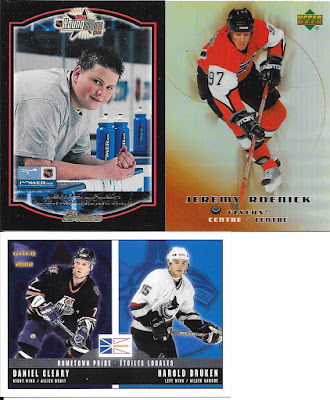 A couple needed McDonald food issue release cards and I don't get the Powerade assistant card - seems to be an insert of some kind as it isn't part of the Bowman base set, but not sure what the deal was to give the guy the card. A mystery I may look into another day!
The rest for today... 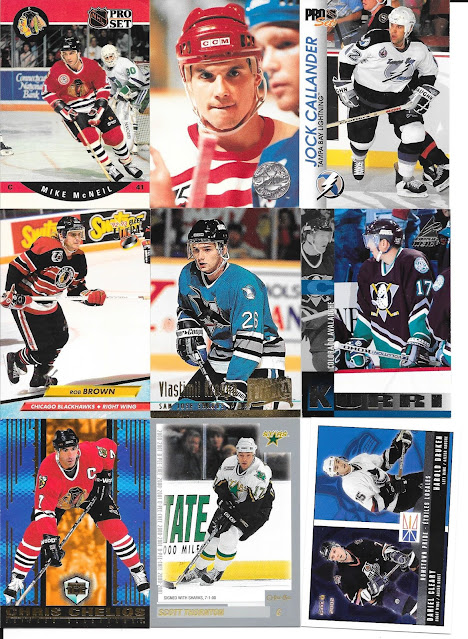 Never going to complain about more hockey, just nothing here that I need. 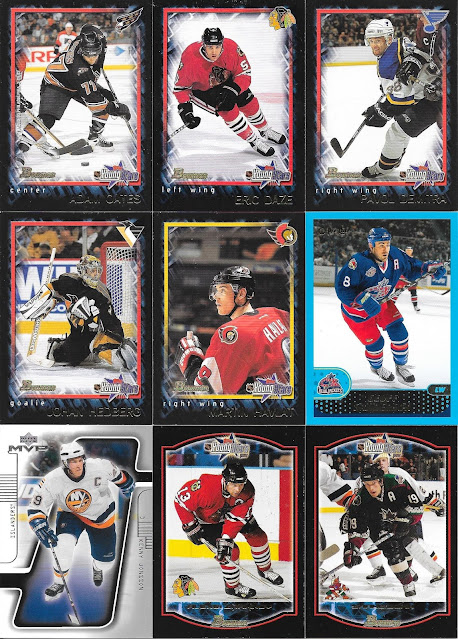 Those Bowman sets from the early 00s were dark borders with the black which, look nice, but dings can glaringly obvious. 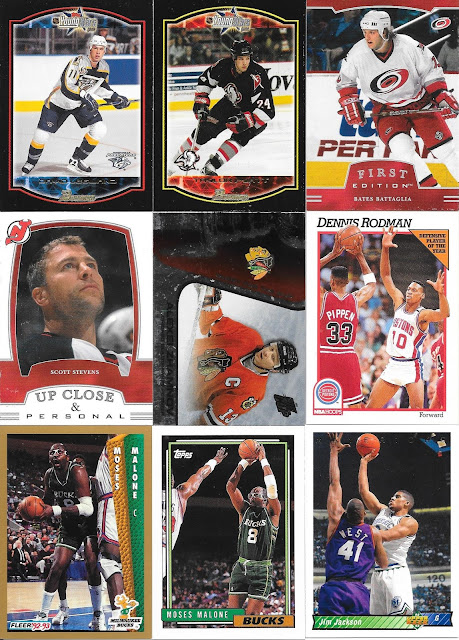 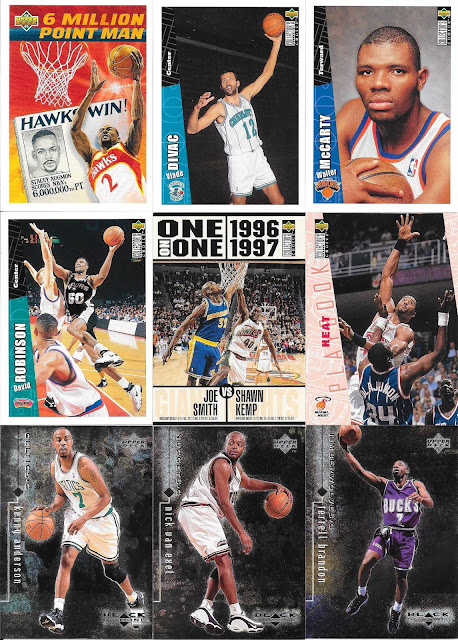 We end with some basketball, including Black Diamond which seems to be showing up in bits and pieces here, and Collector's Choice, which I like the name and logo in the bottom left corner as being the base card design, discrete but complete. 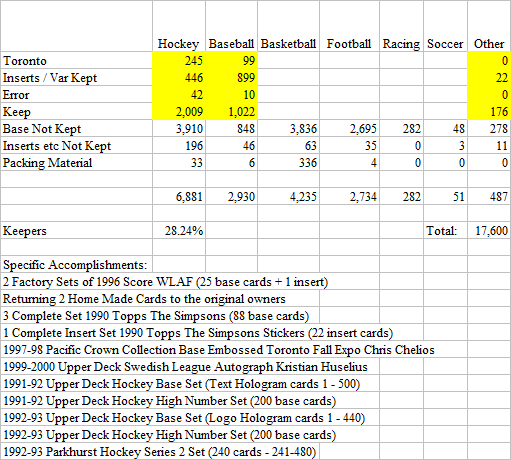