Well, it took to the very last day of the regular season for the Jays to be eliminated. I was hopefully they would be able to pull it off down the stretch, but losing 2 of three to the Yanks a week or so ago ended up being the final blow. You could obviously point to any losing streak over the season and say if they won one or two more there, they would have made the playoffs too.

Overall, given their run differential, timing ended up being everything and was just short on the Jays' side. I mean, instead of a blow out win and a tight loss, if they could even out performance and win both games, that'd be better, but what can you do.

They ended up with a great season and in a tough division (as is usual). Here's to hoping they can eek into the playoffs next year and use this experience to drive them.

Okay, I guess we should look at some cards. So the first card up in the "I am not collecting these" pile, some would consider vintage... 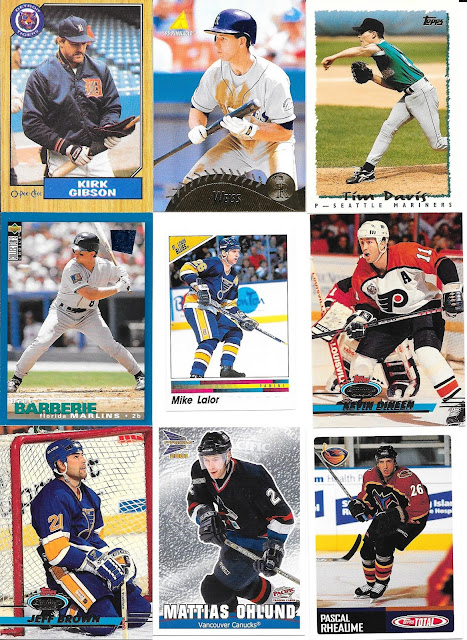 Not sure if 1980 still cuts it as being the line for anything before, but 1987 is still more than 30 years ago...kinda vintage? Kirk in O Pee CHee form isn't too shabby.
Or the surprise find of a sticker...thought I had found all of those in sorting. 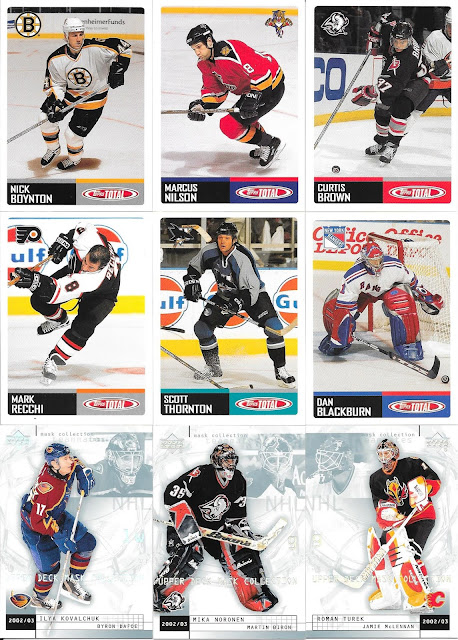 Still not yet a fan of 2002-03 Topps Total design, and the Mask COllection set from Upper Deck doesn't do it for me either.
Blackburn does have a solid action shot on his card at least. 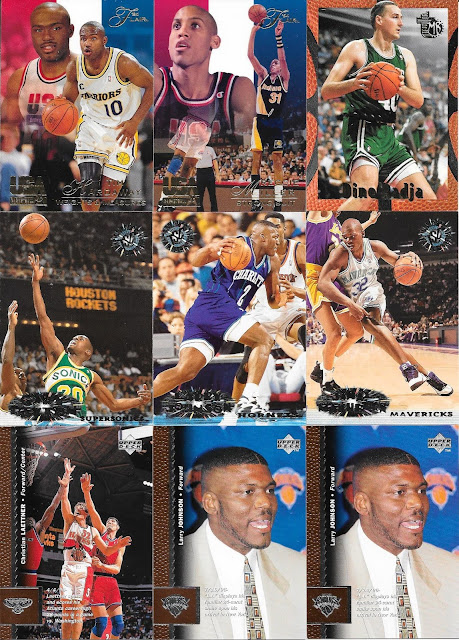 Those 1994 Flair cards are really really nice. Almost makes me want to collect the basketball set (almost).Dino Radja's card is nicely textured and stands out from the Topps offering.
The middle row is all Stadium Club fare, and the photography suits the name. 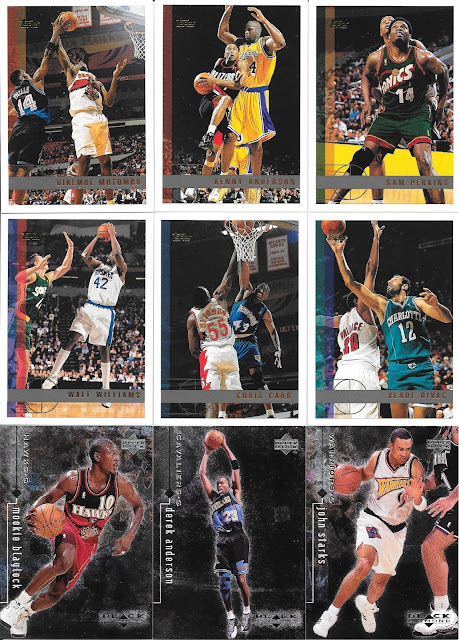 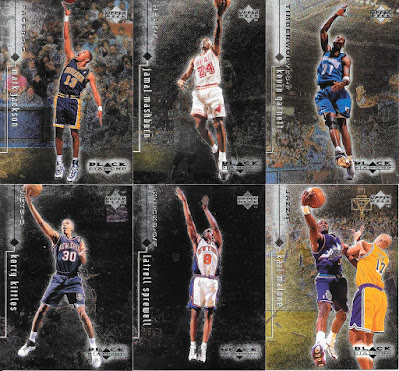 Nothing spectacular in the rest of the basketball, but that's okay.
As for the title - here is some Vintage I am going to pre-emptively start collecting. I know there was a good chunk somewhere that I haven't found yet, and I do like the retro design... 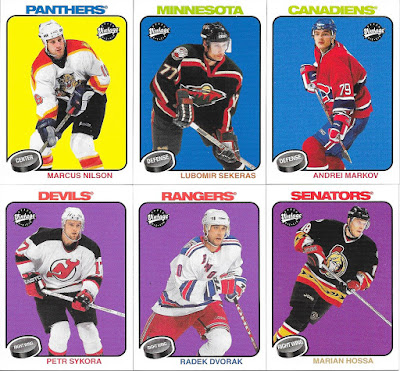 Only six cards from the set here to start (and I had one before) for this 300 card base set. Basically a single pack start, but gotta start somewhere.
Jays content for today... 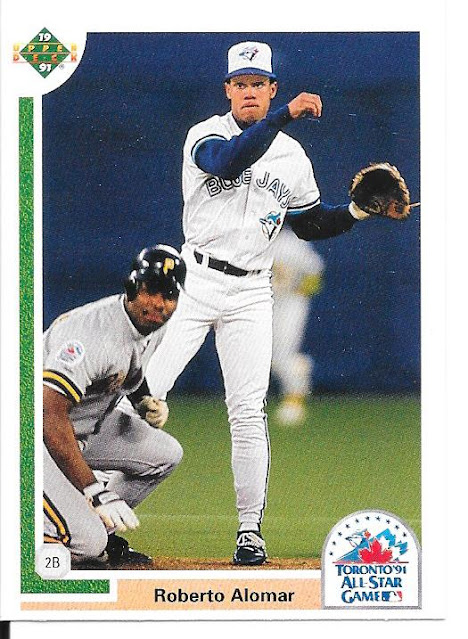 A second copy of the Final Edition card - basically was Upper Deck's Updates and Traded set back in the day.
One insert... 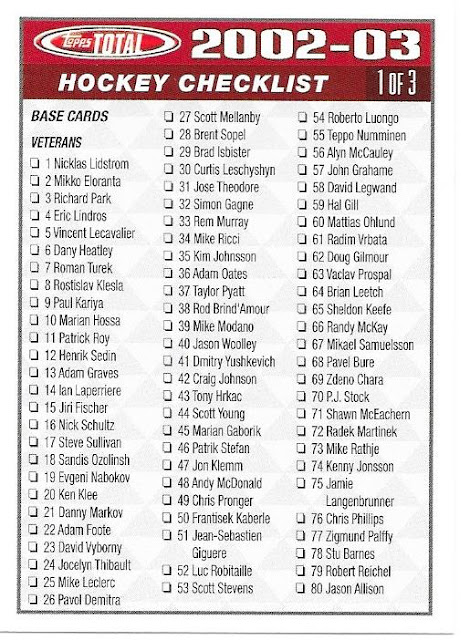 Checklists still count as inserts for me. Remember when checklists had there own cards in the base set? Why did this need to be an insert? 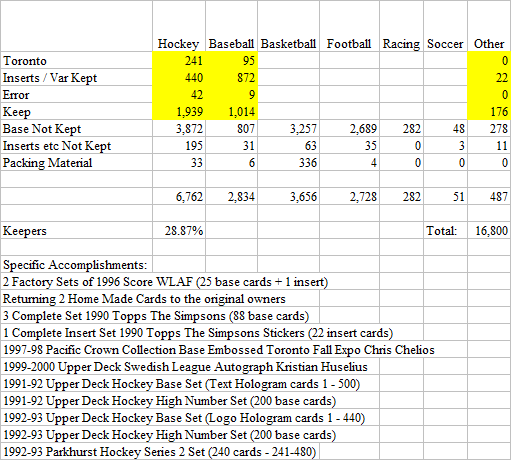 As I am starting to head back into work in Toronto (goal is everyone in a couple days a week after Thanksgiving), I placed a smaller order with 401games for pickup. It included one of their started Magic boxes of 1,000 cards, which I will share another day (it's great value, even if I only pull a few dollars of artifact cards to keep), today just the singles and a few unopened packs to show. 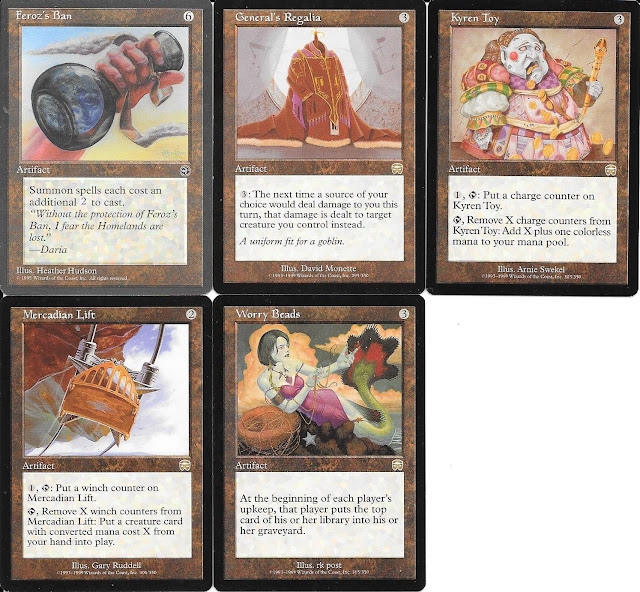 I expect they must have had some collections sold to them recently as the older cards don't usually show up too often, but there was definitely an influx of new inventory. I took advantage with the above cards completing the artifact sets in Homelands and Mercadian Masques (10 and 30 cards from 1995 and 1999 respectively). 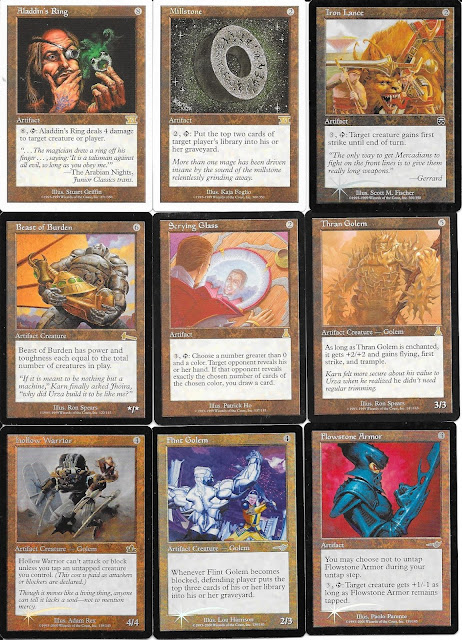 Only a few other base adds with a few spreading the late 90s and early 2000s, but I did see a bunch of foil cards, which started around that time too. Some can be crazy expensive compared to the base cards as back in the day, these foils were actually rare, but I did find a bunch to pick up cheap. 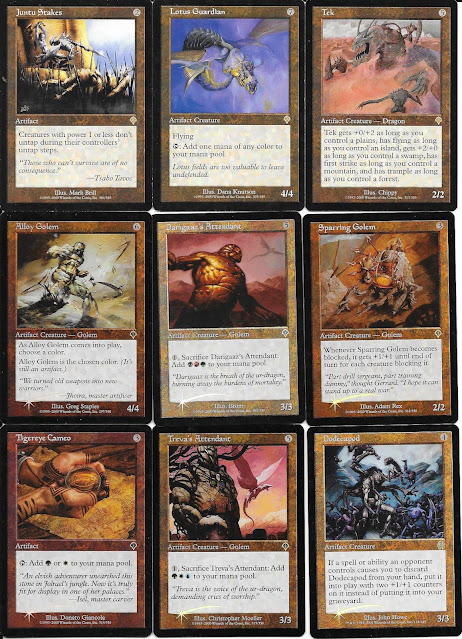 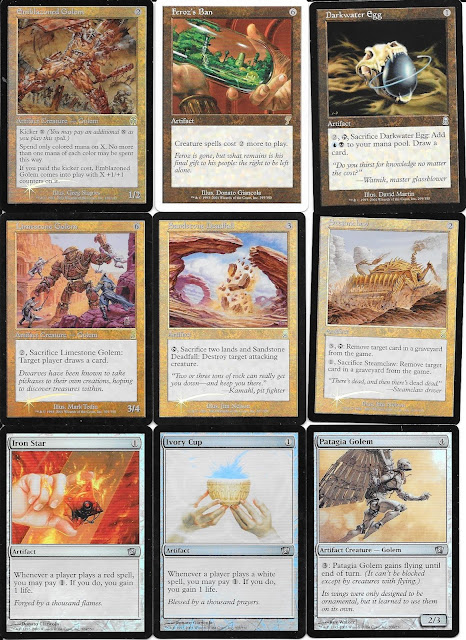 You can see the old foil had the shooting star across the bottom, which they left behind along with the brown borders going to grey for the artifacts. 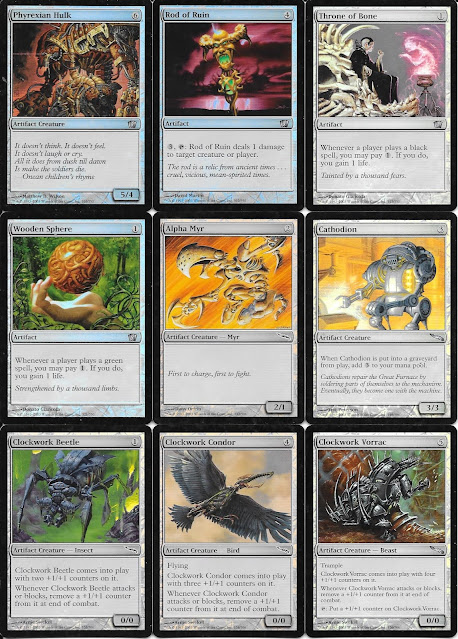 A whole bunch of 2003 Mirrodin which is the set with the most artifact cards, so I didn't come anywhere close to most of the foils even though I picked up almost 40 of them (I had none before). 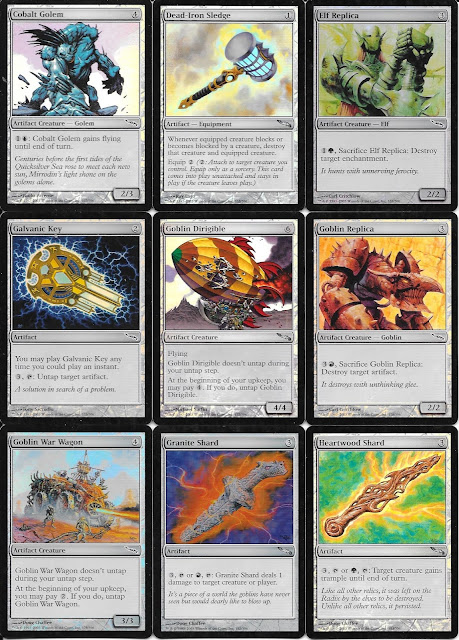 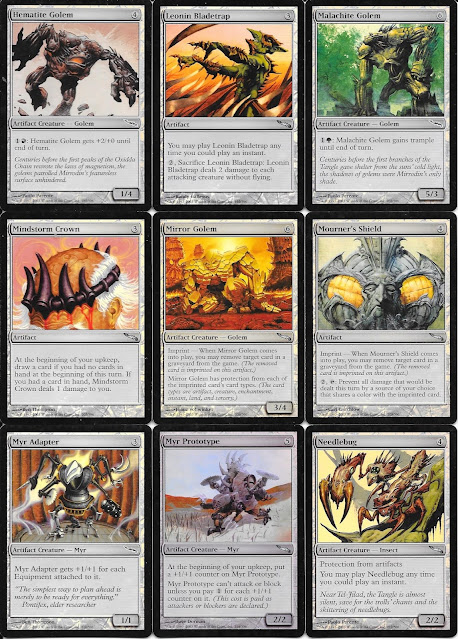 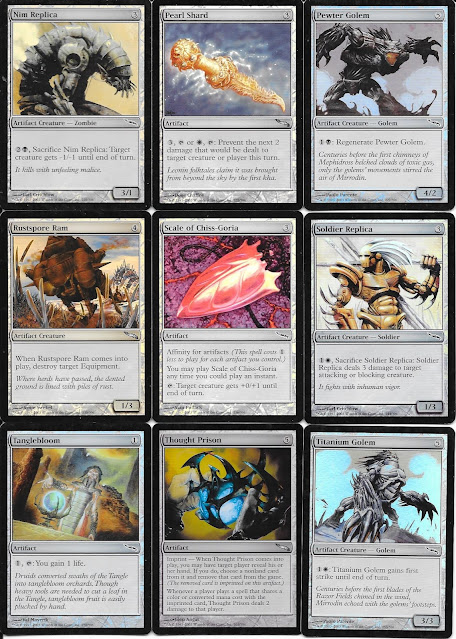 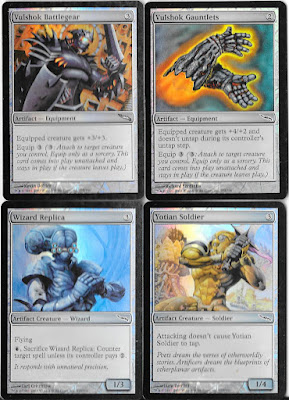 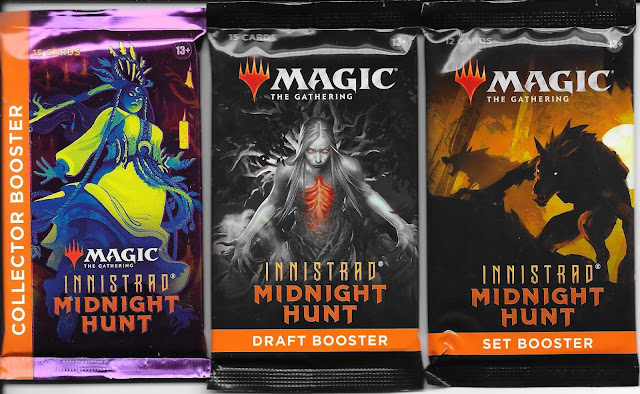 We end with the new packs from the latest release to keep that collection up to date, and there you have it!
Posted by CrazieJoe at 8:00 AM