Well, I haven't been able to completely escape 7th Inning Sketch cards as they inundate me today, but at leas tthe first card is an interesting one. 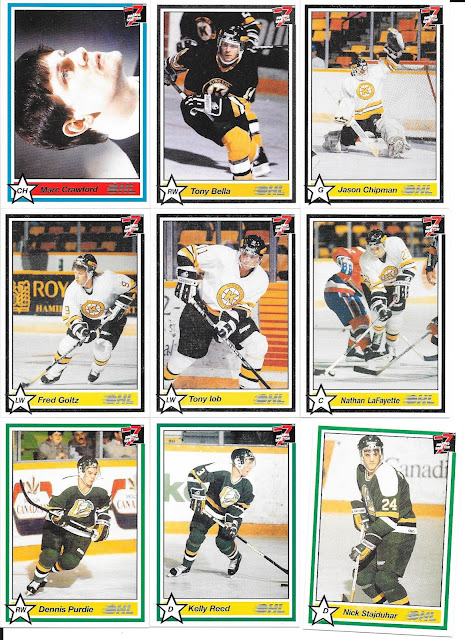 Marc Crawford went on to good success in the NHL - I mean, coaching near 1,200 games in the NHL with his most known stints likely being the Stanley Cup win in Colorado or long tenure in Vancouver - which didn't end with a Cup unfortunately.
Here we see him before all of that as head coach for the Cornwall Royals. It's interesting in that Marc was quick to turn from a career on the ice, to being behind the bench the next year.
He played through the 80s including about 180 games over 6 years with the Canucks, but after a season in the IHL in 1988-89, he jumped behind the bench for Cornwall the next year, then, after two years with Cornwall, three with St. John's, he ended up in the NHL with the Nordiques from there. 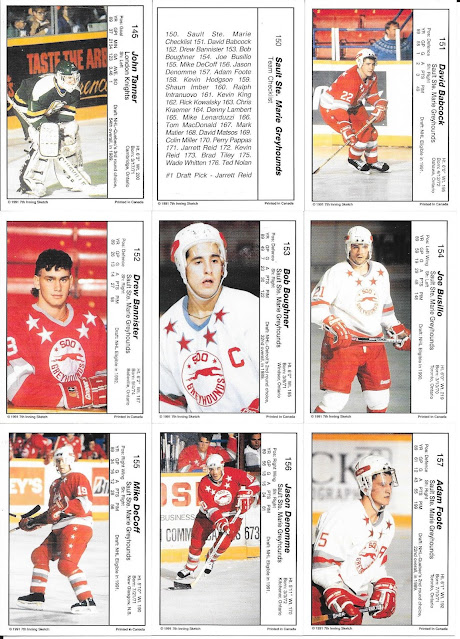 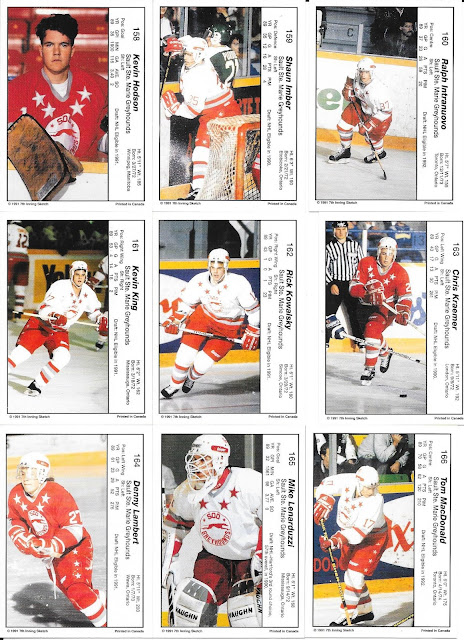 Yeah - at least the backs here provide a different view than the fronts we have seen enough of. 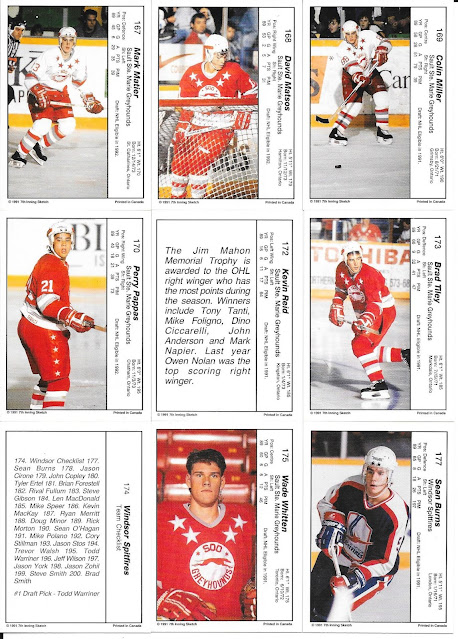 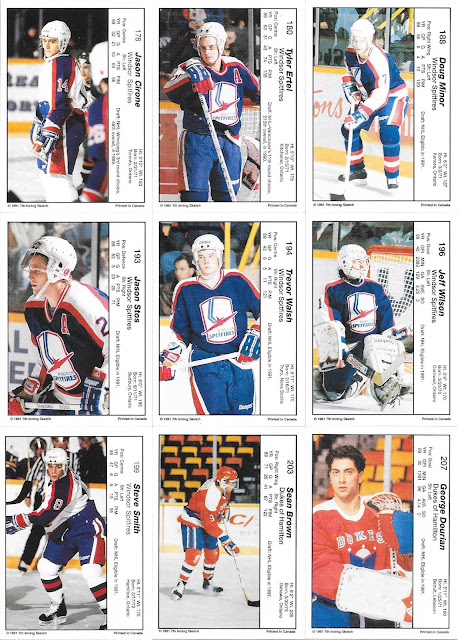 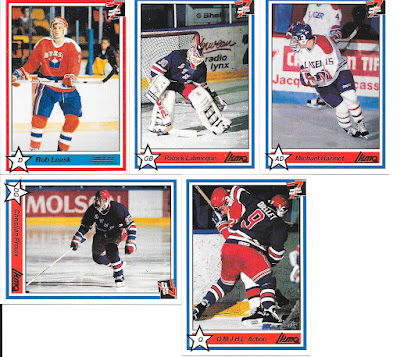 I guess enough with the OHL set, we end with a few QMJHL cards to end. 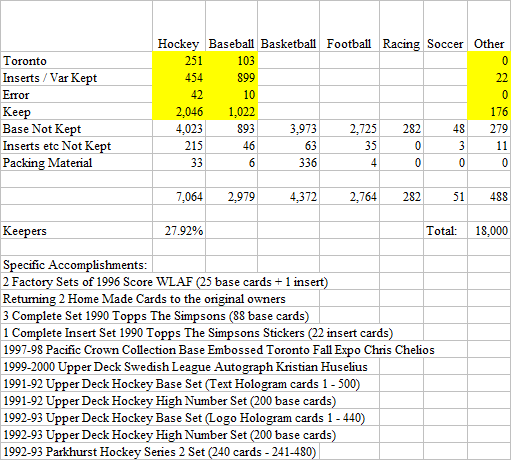 Since that did oh so much for me own collection...a good day to try another 15 cards from the www.baseballcardstore.ca repacks. 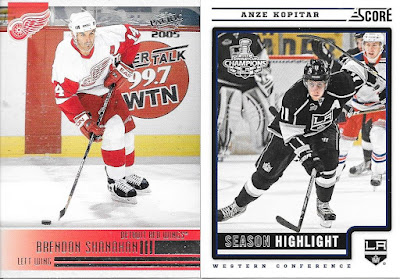 The typical three inserts/parallels or otherwise special cards. I know, the Marquee Rookies card is really more of a shorter printed (or lower odds of getting) subset card - but still works!
As for the rest... 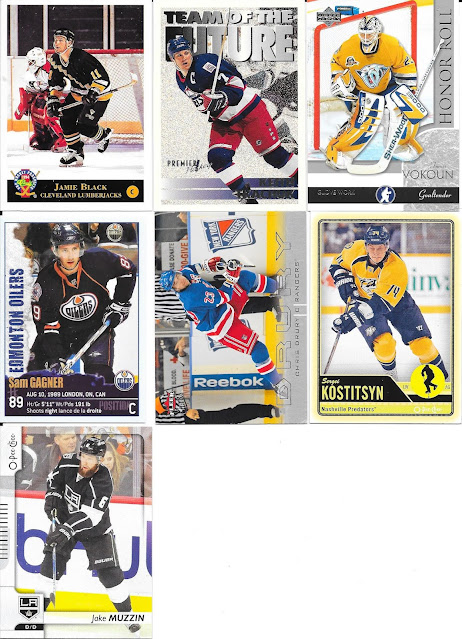 A typical nice variety of the rest provides some new trade fodder if anyone is interested.
Posted by CrazieJoe at 8:00 AM