Quick thoughts...just because these are on mind today....

I know - baseball is at the stage of presenting a World Series. I know I don't have any real preference on who should win, though maybe I have a slight leaning towards Atlanta given the two. I know I likely will not watch any of it and just catch highlights, unless we get to a game 7 maybe. I know many of you are probably more interested in it than me. I am just not that into this one - sorry.

I am also not "into" Panini becoming the new exclusive partner for WWE trading cards. I thought the writing was on the wall when Topps lost baseball, and this one is like a nail in the coffin. I don't know what Topps' plan is when it comes to trading cards going forward, but Topps in 2020 versus wherever Topps is in 2026 is going to be so very vastly different.

On the other side - maybe I should be happy that it wasn't Fanatics that took over WWE, and that it was Panini.

No choice today - it's all going to be what it's going to be...though maybe we should all just start making our own custom card collection.

Well, one place we can get choice, with the Collector's Choice additions! 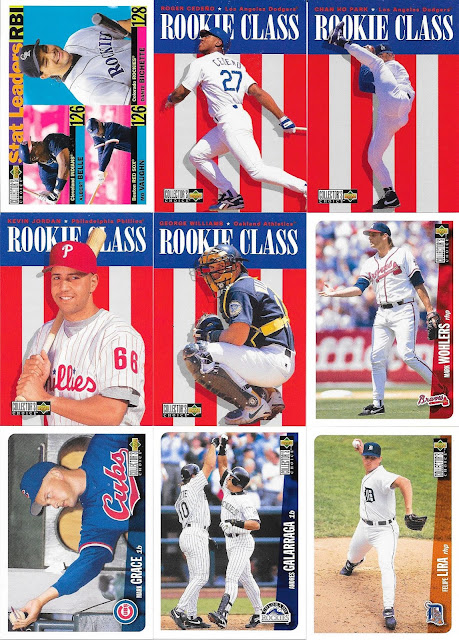 1996 baseball - which I only started collecting because of pulling the cards in this lot - has a couple decent subsets which you see here between the Stat Leader and Rookie Class cards. Not a big fan of the background on the Rookie Class cards, but they do stand out, and seem very flag-like. 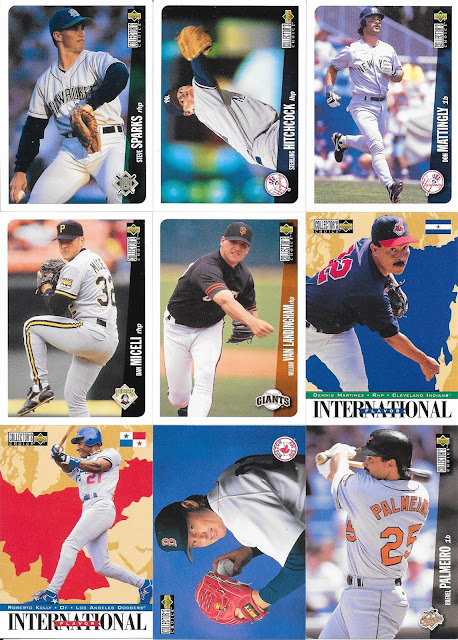 The international subset is not as good to me, but mostly because I think they could have done a better job with the background as it's a bit big, you don't get the country feel - maybe a continent with it highlighted or something would have been better to me. A nice Palmeiro - another player I think was a bit underrated through his career. 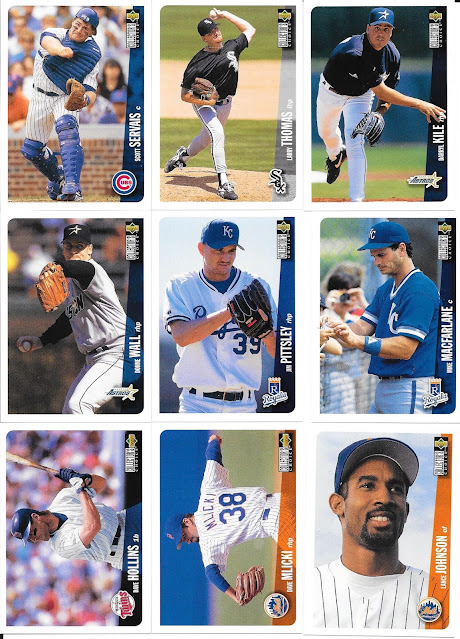 Wasn't just set additions from this one, some hockey too... 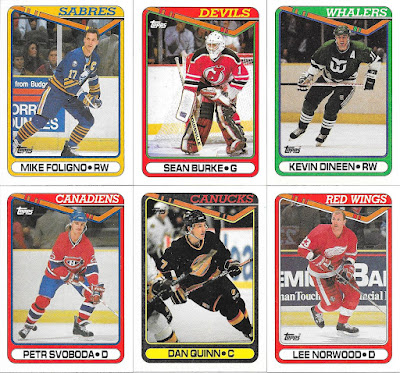 The 1990-91 O Pee Chee was one of the first I collected and really liked. Here we have the Topps version which is mostly similar, but that I am also working in because I liked the O Pee Chee version that much.
Of those cards, one error add... 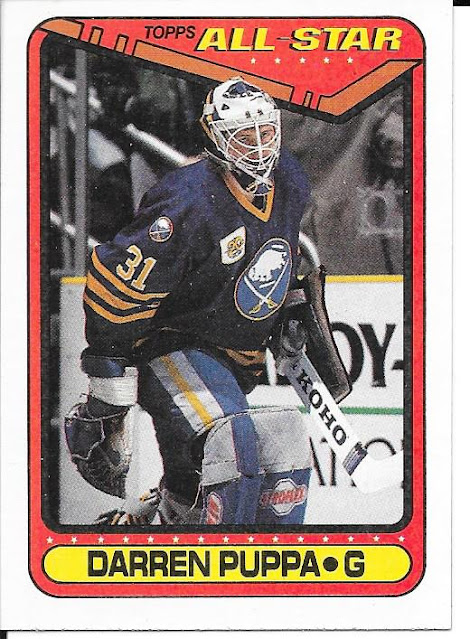 Dupes on the go out...with backs to show for Collector's Choice as they do differ between the subsets. 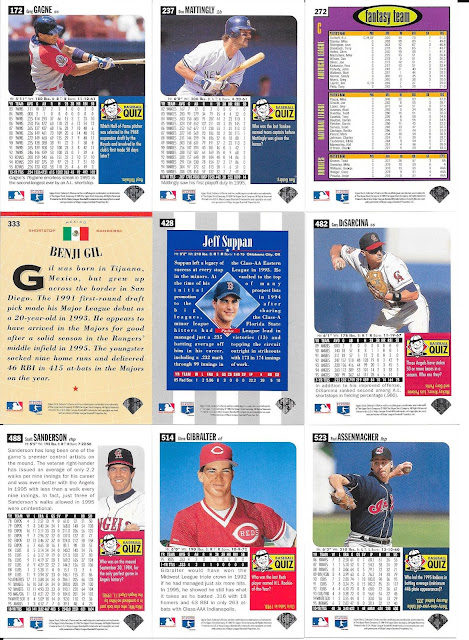 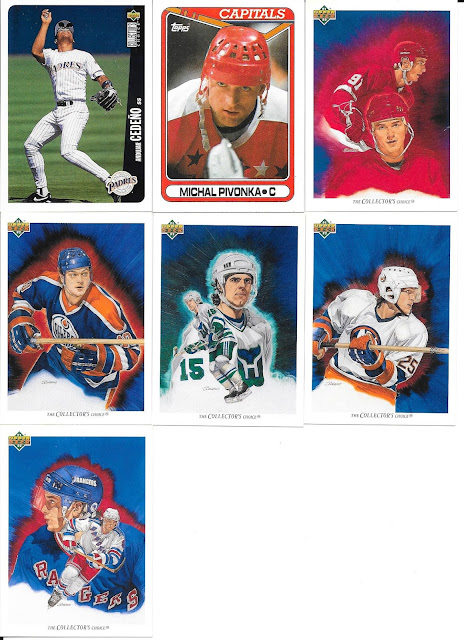 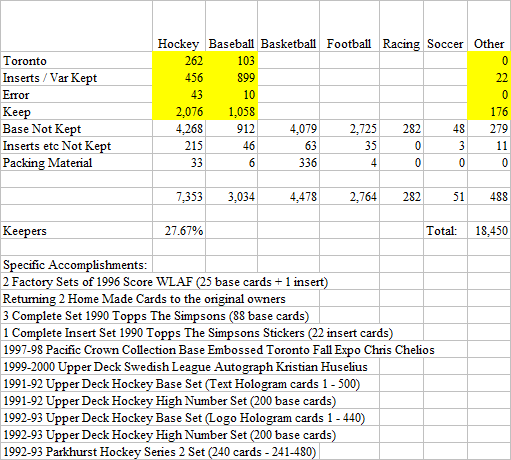