A fat pack worth of 2008 Upper Deck baseball for looking over today. A set that, similar to O Pee Chee hockey sets, I have shied away from looking to collect because of the size. I mean, the base set is 1,020 cards so...yeah, unless 1,000 of them fall in my lap, let me collect my Jays and be on my way.

On that note - this Jays card is exactly why these lots of cards help in surprising ways. 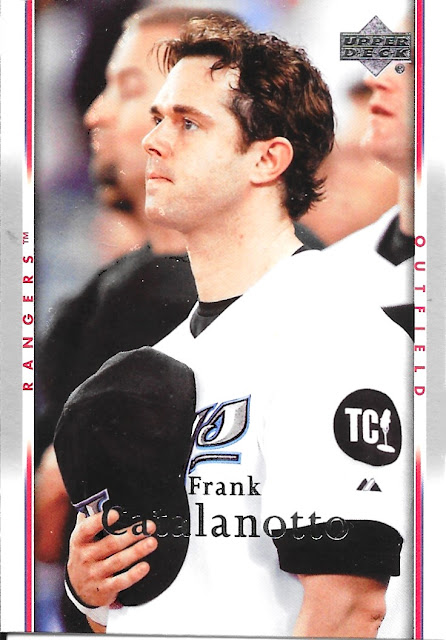 Frank is in a Jays uniform, and though it is otherwise a Rangers card, it is good enough for my team collecting. I know many wouldn't consider it a Jays card, but as I mentioned before, I like collecting on both ends - new Jays who are in their old uniforms, and Jays in the uniform, now with a new team - those are just more difficult to peg as wants on TCDB. 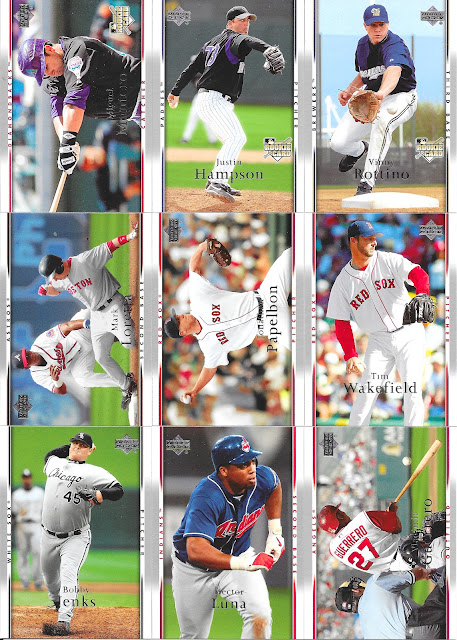 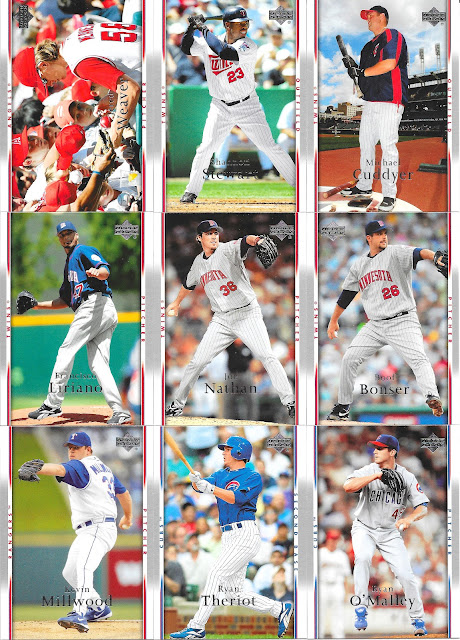 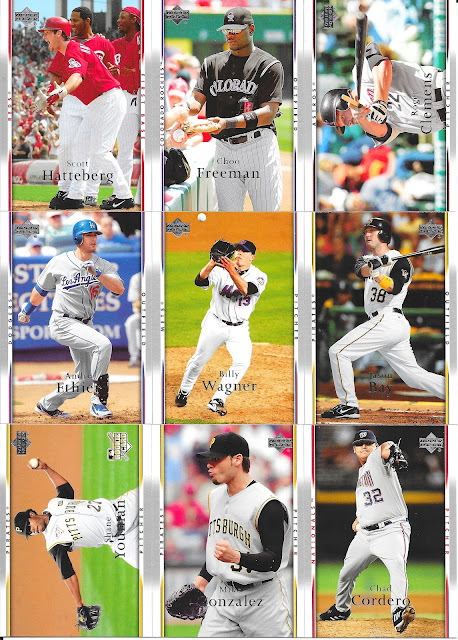 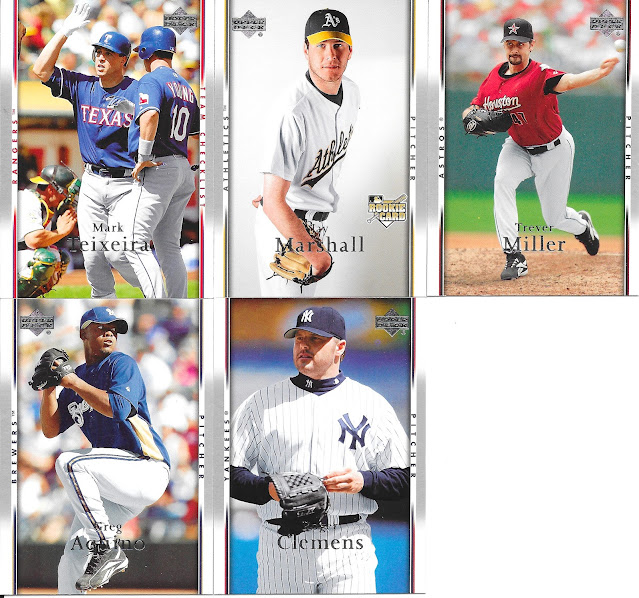 Won't keep any of the rest, but will comment on how the base set is 1,020 cards - I mean, when you have players in twice, like Roger Clemens - you can definitely pad the numbers a bit. I know, it's because of the change in teams, but still, man gets two cards in one base set. If the set was half the size, with the slim border design and full stat backs, I may have taken a run at this one by now. 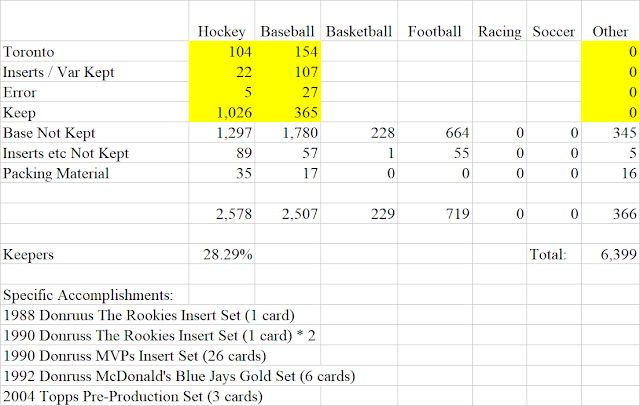