A Case of Will They

Minor league cards are like a guessing game of who is going to be worth making a card for with an eye to their future career. Not an easy game, though one that Bowman plays every year now. Back in the early 90s, there wasn't just one set playing this game but plenty more, and today we get a variety of those sets/cards. 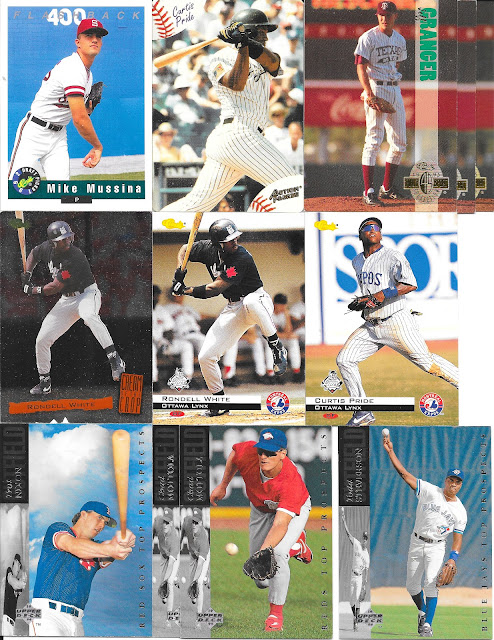 Classic was big into the minor league sets at the time, and even Upper Deck was putting out big sets with a similar design as the flagship MLB set. Small differences with the Upper Deck sets, like the silver foiling, and also the ho0logram being a star shape on the back.
A shame the Rondell card has some foiling damage at the bottom. 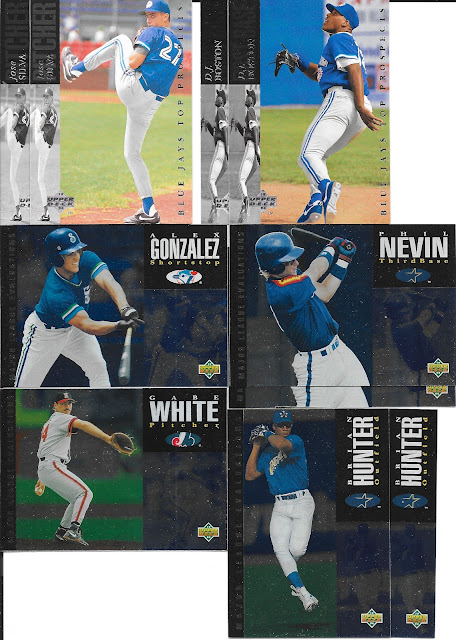 Some decent minor league Jays cards in the bunch as well today, nothing I collect, but nice to see some still. A Gon being probably the best Jay of the bunch. 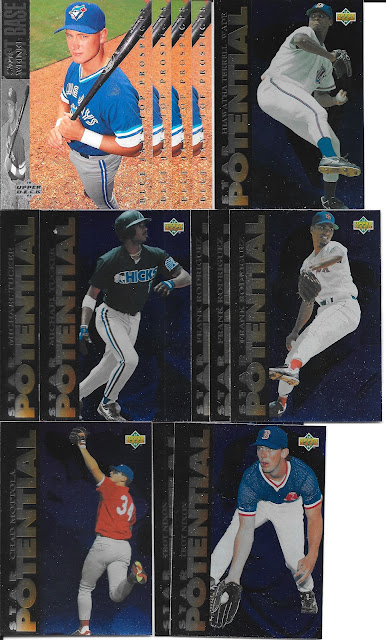 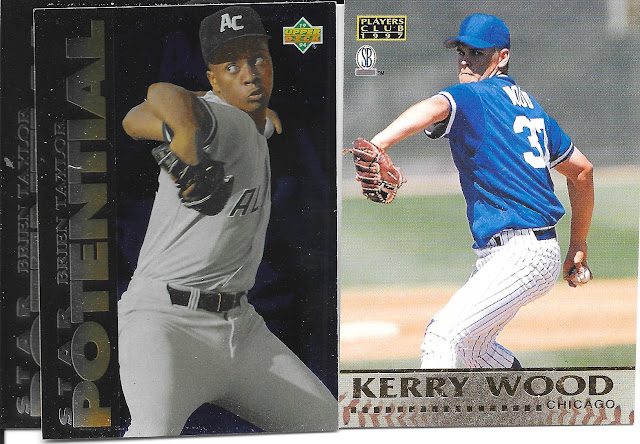 AH - Player Club is a set we had a bunch of in the last lot, so I know of the set, and think Kerry came up then too. I didn't keep any of the set though, but a quirky one I don't mind seeing again. 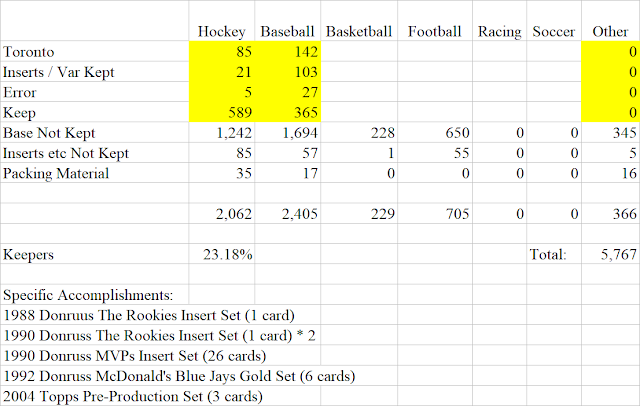