New To Me Baseball

I know there are plenty of baseball card sets out there that I haven't seen in hand much, if at all, so seem very new to me. One of these today, I just had a bunch in hand not too long ago in this lot - 1997 Bowman. 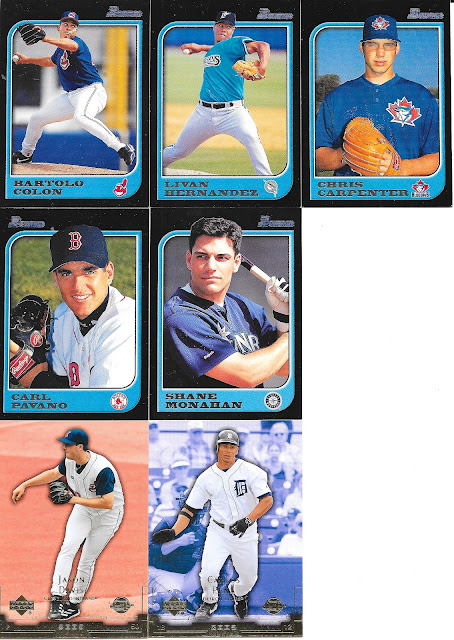 The Bowman cards at least provide a Jays card for me. Chris Carpenter was one of those players that didn't pan out too great while a Jay, but once he was traded away, he had much better years with St. Louis. Not sure he would have progressed the same if he remained a Jay.
A couple 2003 Upper Deck Sweet Spot cards which do nothing much for me as well. 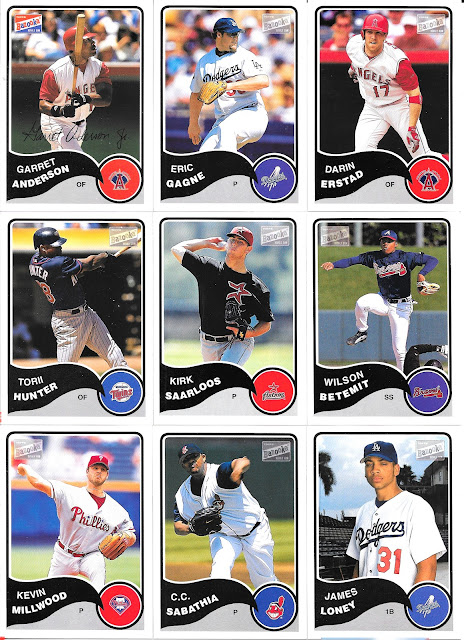 We then get a bunch of 2003 Bazooka cards. The design has a "Big League" set feel to it for me for some reason, but otherwise, not just the one Jays card keeper, but the very first one scanned here, of Garret Anderson, is actually a variation base card because the Bazooka logo is in colour and it has the faux signature. Wouldn't have probably picked up on that if I didn't log everything into TCDB. As for the Jay card - it's below... 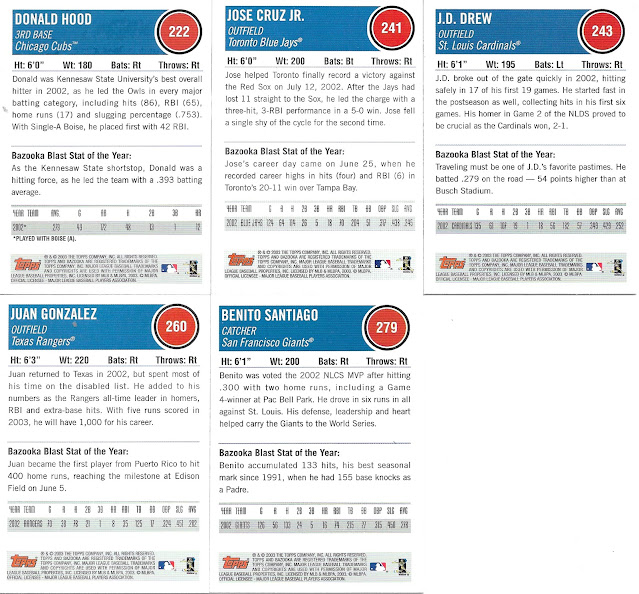 The backs are a bit plain, which I can live with, but the stat lacking detail is just too much of an issue. I mean, one line with current year just doesn't cut it. 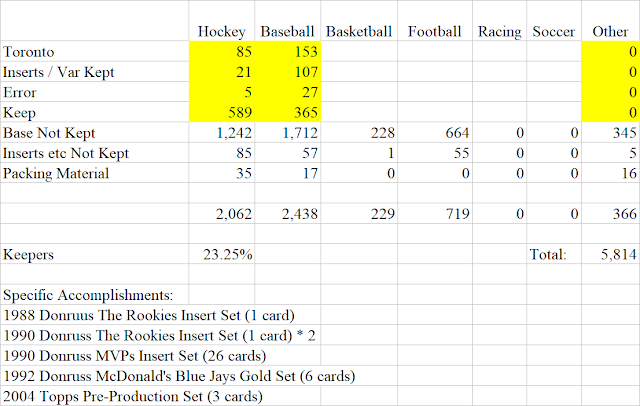