Sometimes, days of going through the COVID lot is like sharing something for sale on the Home Shopping Network - yeah, remember when that was revolutionary and you'd be able to call in and buy a wide assortment of products you saw them hocking on the TV?

A bunch of different football cards today, so I may not have too much to say, but I do have them for trade now if anyone is interested! 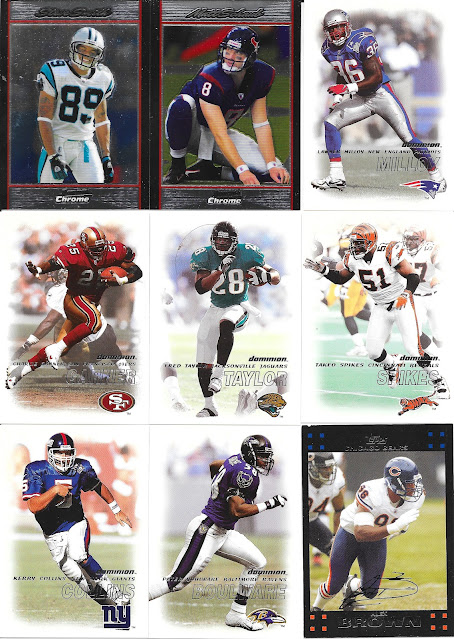 So - sets I haven't ever had in hand (or likely really even seen at all)....2007 Bowman Chrome and 2000 Skybox Dominion are definitely on that list. Very different designs, while 2007 Topps, I know I have seen a bunch of from other lots. 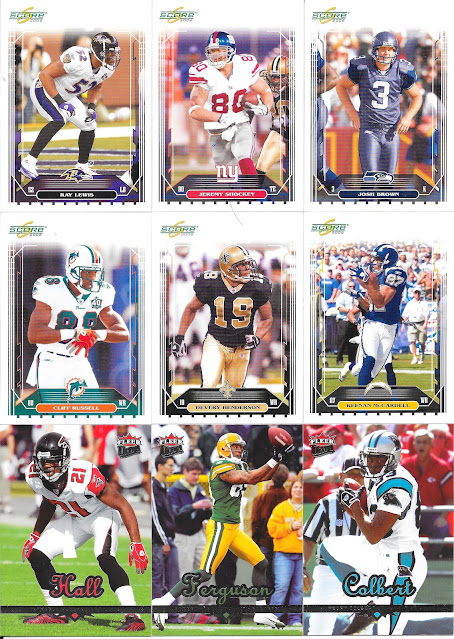 2006 Score is another new one on me. Though I couldn't tell you for sure on 2006 Ultra because I know I have seen a lot of the same design in other sports. 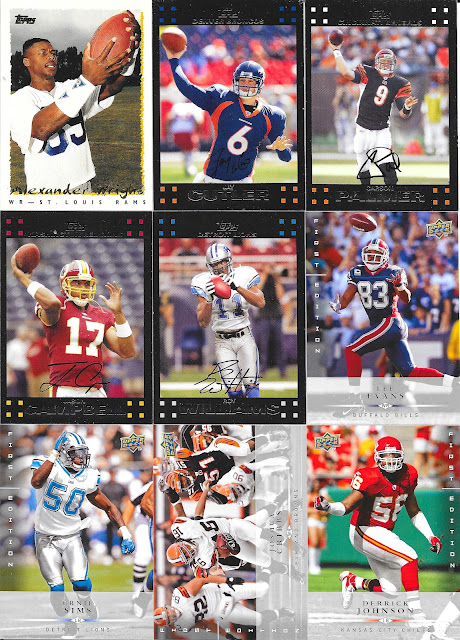 2008 Upper Deck First Edition here as well. I don't know why but the First Edition sets, I was never a fan of, but I did find Opening Day baseball sets to be pretty good. Now I consider such releases to be similar in purpose, but still stick Opening Day as being "better". 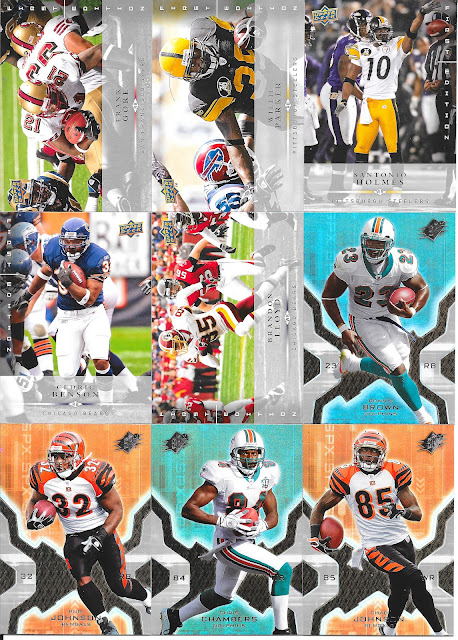 2007 SPx, I mean, they are darn pretty when scanned with how the background colour is so sharp, and shiny in hand too. ANother set I don't think I have had in hand before. 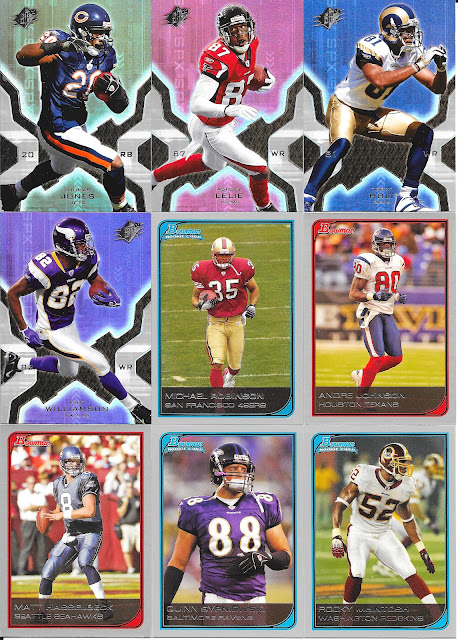 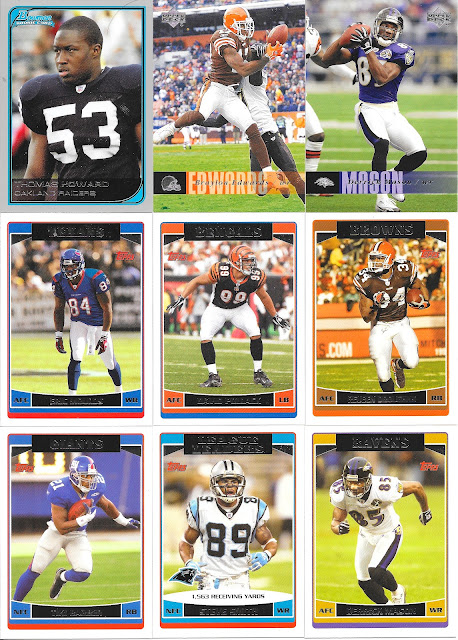 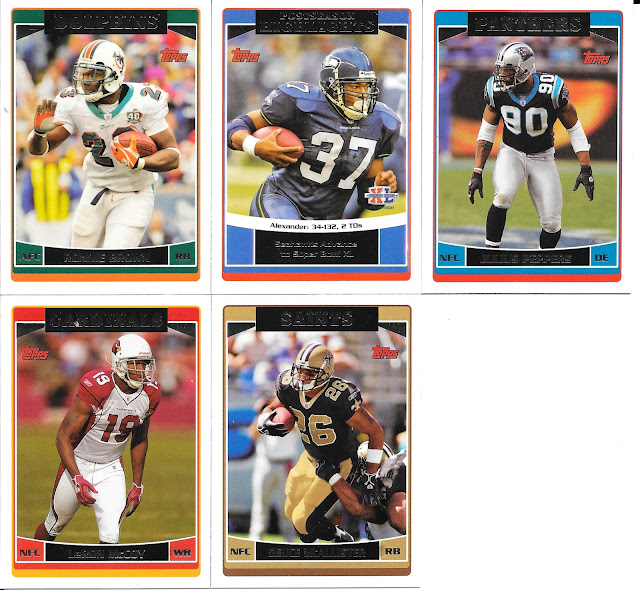 We end with a bunch of 2006 Topps cards as well. The foiling on the black background aside (as it is really hard to read), the design is solid and much like Topps' other sports releases at the time.

A nice aray of sets, mostly from the mid 2000s, and though they are my thing, feel free to call in now - or email me - if you have interest in picking up any of these from me. Quantities are limited! :) 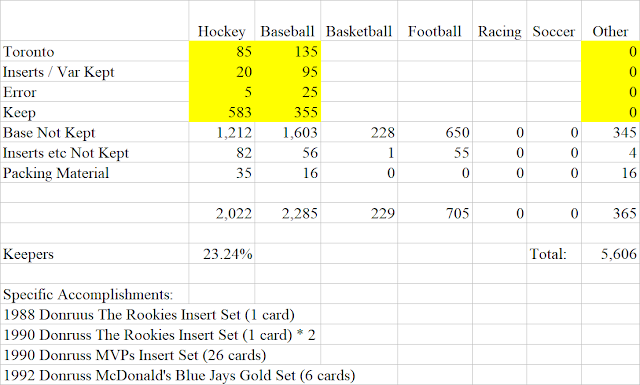