So, I have had a bunch of trades come through over the past week or so, and I really need to take a few days to just share some of those before going on with anything else. I don't mind such things waiting a few days or even a week, but I try not to have them last too long before sharing. I really appreciate the trades, and want to give everyone fair credit and judos, and thanks, for what came my way, so it's only fair I try and do so in a timely fashion.

Today, a trade with brooks1856, a first time trade partner on TCDB - which seems to be going through a decent amount of growth as far as members go the past couple months. Seem to have a lot of new people showing up and adding to the site, which is always great.

This trade saw me give up a few basketball cards for... 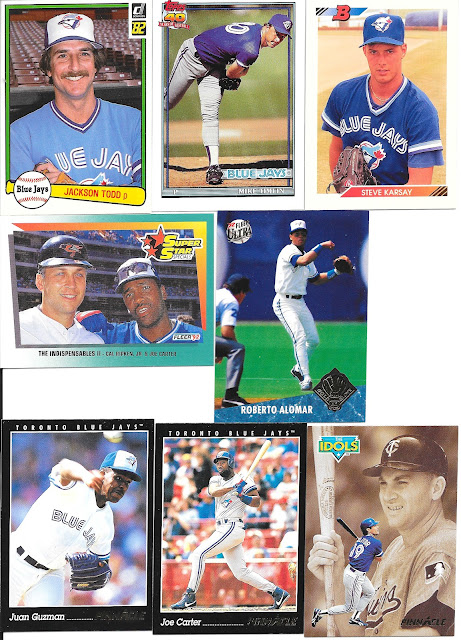 Yes - I still need plenty of Jays cards from the late 80s and early 90s. I mean, when I didn't know until recently that the 1992 Fleer set has a U.S.A. versus U.S.A (no last period) variation when looking at the "PRINTED IN" wording on the back, it just opened a whole other team set of Jays cards I needed, that I didn't know about a month ago!
99% of the time, I don't care - like with set collecting, but for Jays collecting, I'd like to have both versions of each card. Yes - I may need some help....but with people who spend the time to log their cards correctly at TCDB, that help is ever so close! 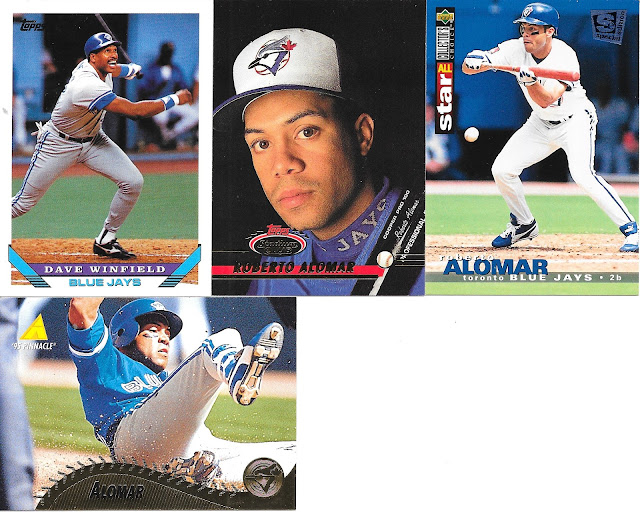 Heavy on the Alomar today. I think some player collectors of his likely have moved away considering actions after his playing career, but as a Jay - good or bad - I will collect. Hard to deny his amazing playing career though.

Big thank you for the trade, and hope we can do another in the near future!