I know I have traded away some cards from this set over the past couple years, mostly because it's such a large set being O Pee Chee, I didn't expect to have a bunch in hand to be able to take a run at the base set. Well, that changes today. 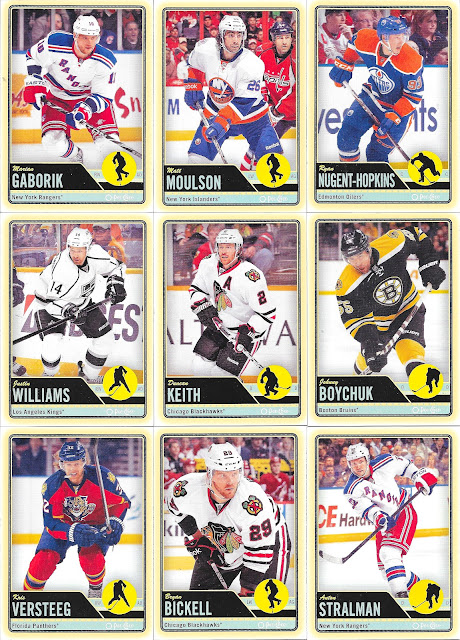 I am not going to scan them all, but in the 600 card set, I am not over 75% done - that's the good news. Bad news, if any, is the last 50 cards which are the rookie cards, I have none of. Many should still be easy gets when I get to collecting the set more fully, but a bit of a shame. Not too upset yet, as I expect there may be a little more still in this lot.
Front design for the base set is alright. Not a bug fan of the silhouetted player when a team logo would have looked much nicer, and the faded colour scheme doesn't inspire me either, but the photo work is done well. 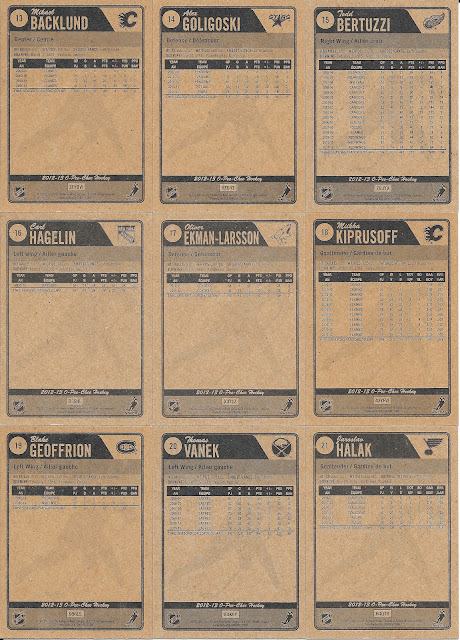 The backs are standard O Pee Chee, plenty of room for stats, and plenty of blank space which could have been used for a write up of some kind. I mean, for a player with 3 years of stats, couldn't we add a neat fact or two instead of leaving half the back blank? 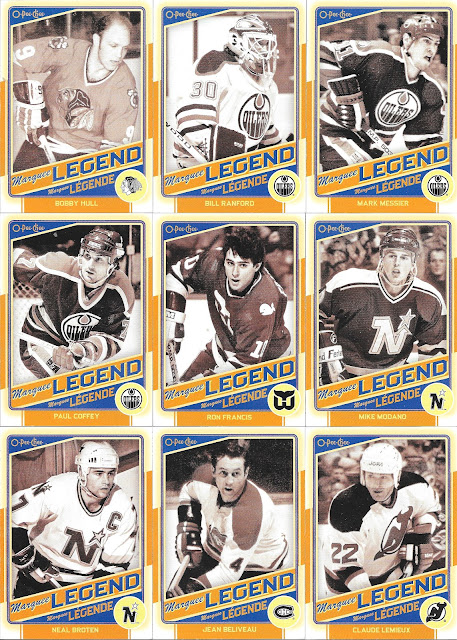 Though a bit short on the rookies, there were plenty of subset legend cards which are nice. I like the colours here more - and great for an Oiler fan - just a shame they went for the non-colour photos, probably to hide the wide range in quality of photos given the legends span a number of decades.
Leaf content was solid too... 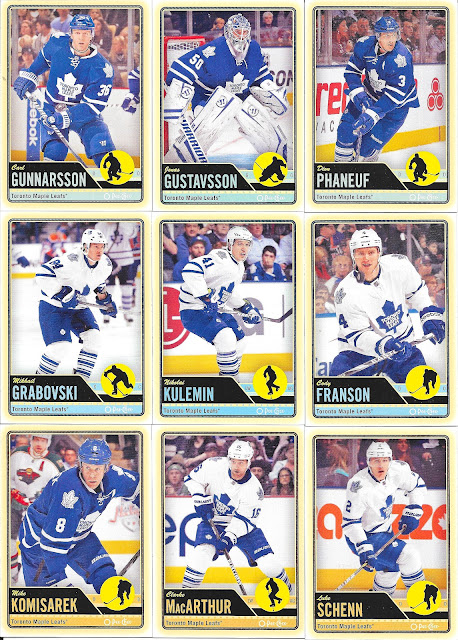 The change in colours used for one team bothers me, but I will get over it. The blue does of course work better though. 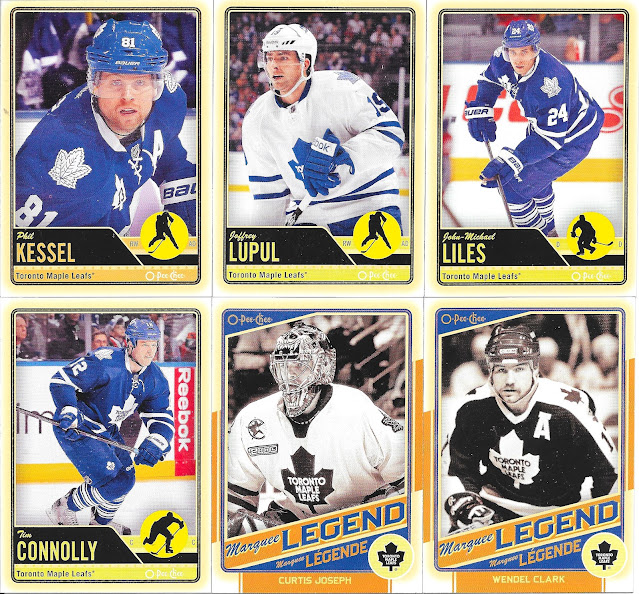 As for the Leaf legends - I would take Clark over Cujo, but it's a pretty close one there.
As I am all about providing opportunity for collecting by others with these lots, if you need any of the below, let me know - happy to find away to get them to you! 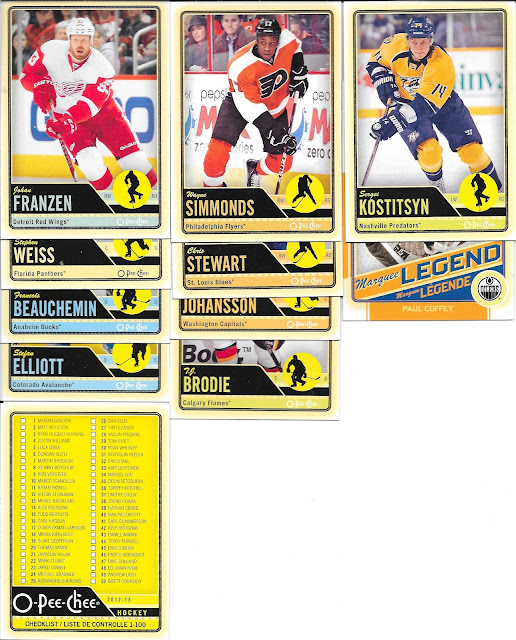 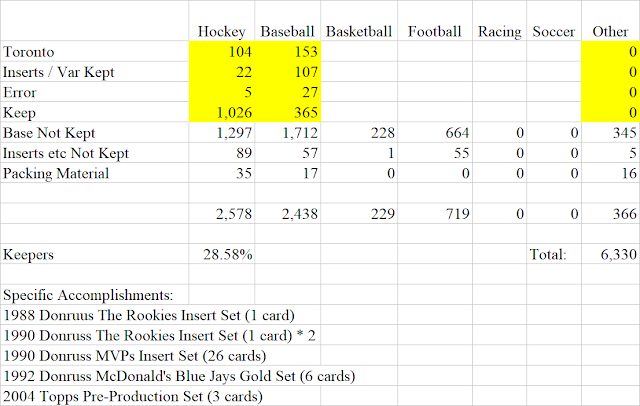