Today's pulls from the lot let us highlight three more baseball players as we get some cards of each. 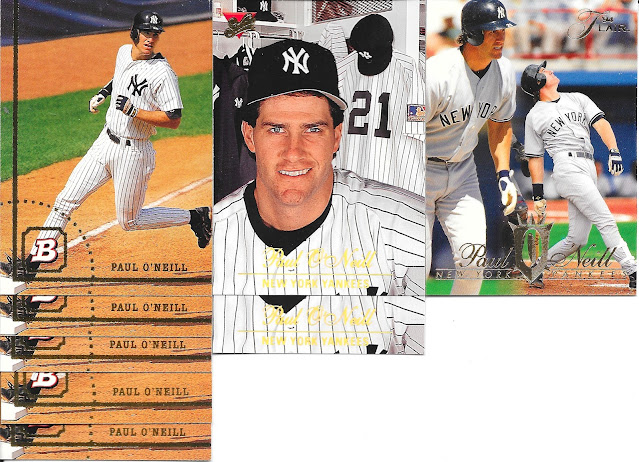 Paul was a staple in New York for almost a decade, and was in that "really good" calibre of player, just not quite HOF quality (he didn't get to the mark needed to stay on the ballot after the first year he was on in 2007). 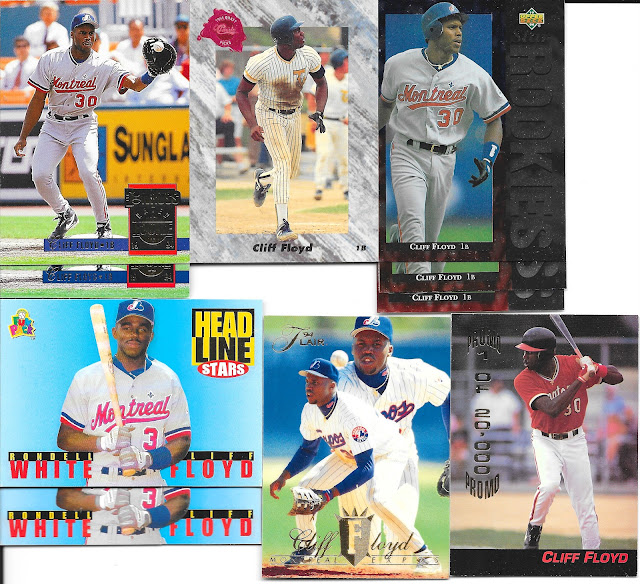 Won't complain about a Montreal Expos player...usually, but I mean, it's Cliff Floyd. At least I know where I can send these for a certain Expos collector in the blogosphere! 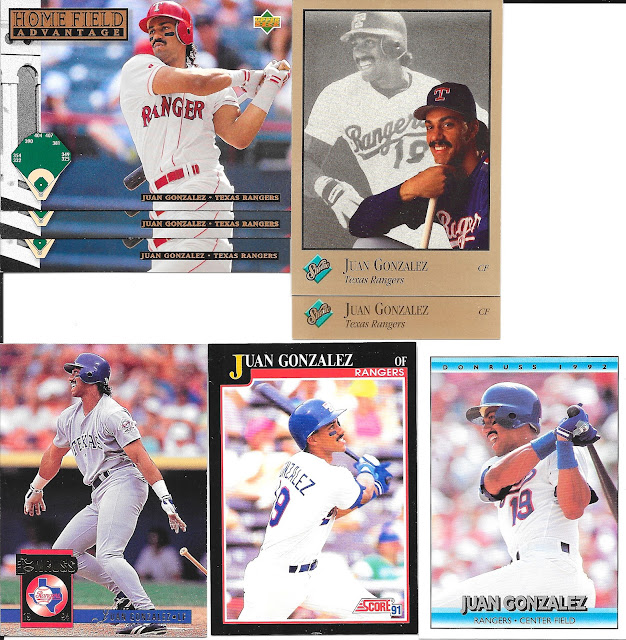 Not sure Juan ever got the love I though he deserved back in the early 90s. Maybe it was playing for Texas, but he was a home run stud in the SNES Ken Griffey Jr. baseball game, that was for sure. Loved playing with him and cranking the home runs. The man did hit over 40 home runs 5 times in his career which was a great mark.

He was on 2 HOF ballots, and barely was over the 5% mark his first year.

All in today, a couple keepers and a couple uncorrected error cards, some traders and Expos to send to  a better home. A good day all in. 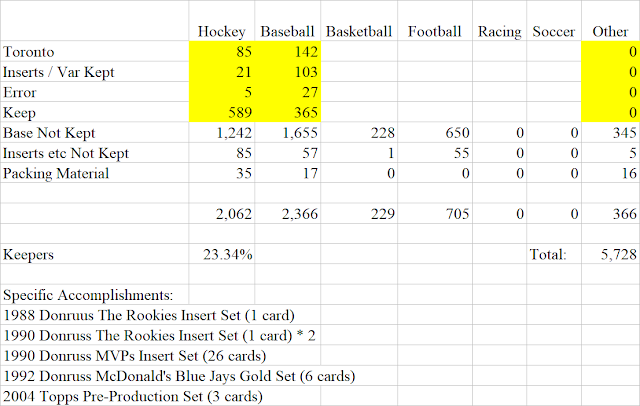