I'd love to be sharing some Toronto hockey cards today, but not quite as we hit a couple other Canadian teams with some Montreal and Ottawa cards instead. 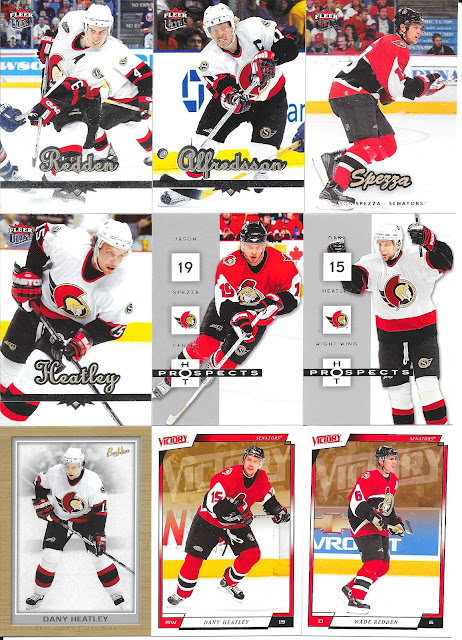 I don't collect either team, but there are some sets of interest here, so as it turns out, I do have a few keepers in the bunch.2005-06 and 2008-09 Ultra are both sets I am slowly collecting, so Redden is a keeper. 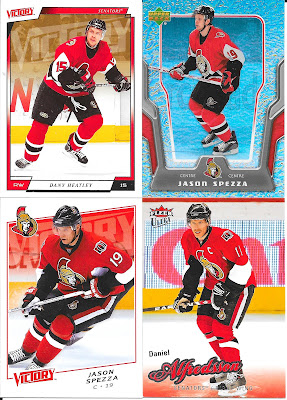 Always like seeing McDonalds cardsbut it's the Daniel Ultra card I keep from this few. Too bad all the Spezza here are pre-Toronto days. 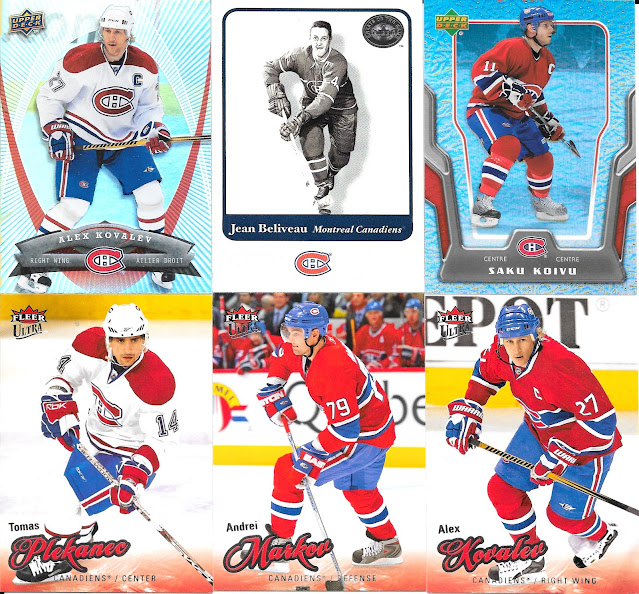 The bottom row of Canadiens are all keepers as I have a bunch of work to do on 2008-09 Ultra, but my fav card of the bunch has to be Beliveau. I don't have any cards from the Fller Greats of the Game set, but I will have to keep an eye out...might want to collect that one if I see some more of the set. 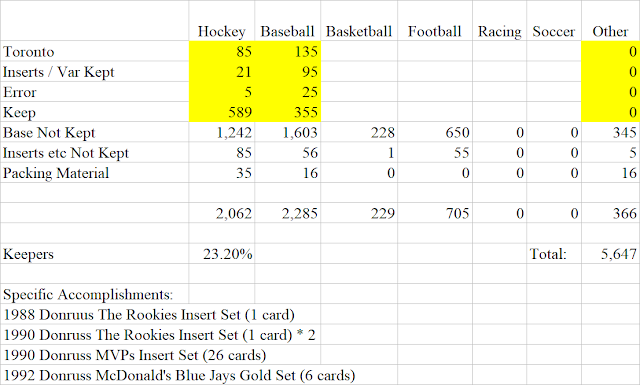