A reason to watch 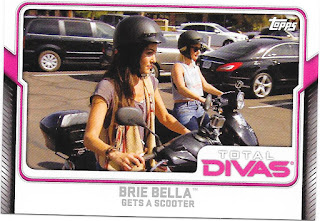 I will admit, I watched Total Divas for the first couple years. It was interesting to see the women outside of the ring, and some of the behind the scenes stuff. Sure, it is still scripted and not a true uncut behind the scene view, but it was a nice change.

I went away from it, but admit, I went back to watching a bit when I found out Renee Young was on it. It's mostly being able to see her before WWE when she was doing the Canadian wrestling Aftermatch show on Sportsnet, and knowing how good she was then, seeing her get her WWE chance, that it's nice to support her all around. 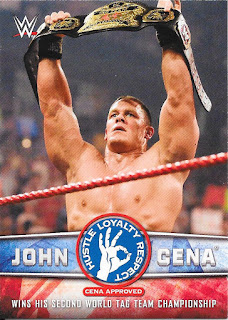 Another decent Cena tribute insert for keeps and...a bunch of dupes below... 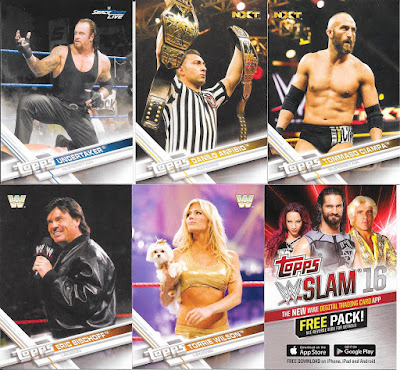 Blasts from the past - including a nice Undertaker pose - lead bad guy of tomorrow Ciampa, and I don't remember the name of the Dog that Torrie had, but feel like it could have been Fifi...looks like a Fifi.