I guess it makes sense - since we saw Billie Kay not too long ago, and she and Peyton are a duo, that we have Peyton show up now, being all Iiconic. 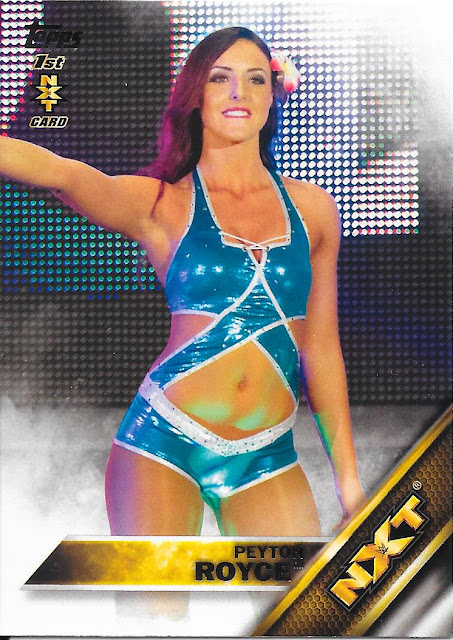 So far, the NXT insert set has been alright - no dupes and 16 cards in the 28 card set now. 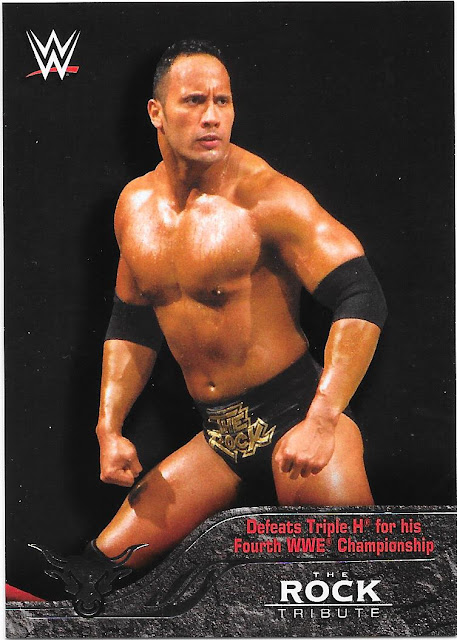 Ah, and the second Rock Tribute insert. Falling every 6 packs, getting two in the 10 packs is about right.

As it says on the card, this is from him beating Triple H for his 4th title - though may have been a better choice showing him holding the title afterwards instead of this generic shot. 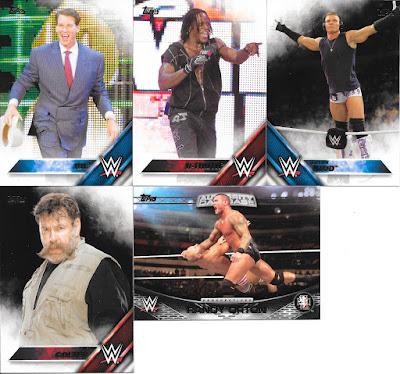 Another day, and that's another bunch of base dupes (and authority insert dupe as those seem to have fallen to the side of dupe as well).

Haven't been a bunch of trades lately as I am still getting over busy season, but have a quick PWE from Detfan6897 which brings some Jays and adds one of the few remaining cards of an insert set. 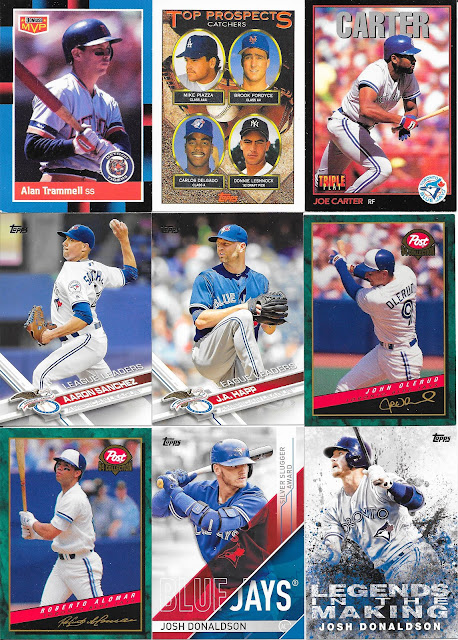 I had never seen the Post Jays cards before. Not sure why, but best guess is they must have been just as I was getting out of collecting in '94. Otherwise, a couple nice newer inserts, and an older one with Trammell gives a great little variety of baseball cards.

A big thanks as usual to Detfan!
Posted by CrazieJoe at 8:00 AM