Going to the country 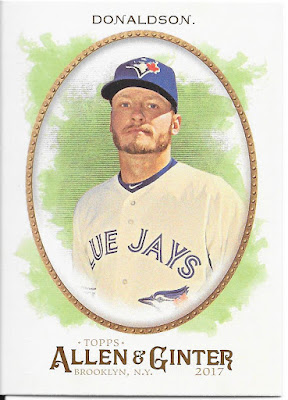 Yes, it might just be a base card, but happy to get this one! I get why Donaldson's time in Toronto came to an end, but he did have some solid play time when he wasn't injured, just unfortunate he was injured as much as he was.

A typical mix with A&G of past and current stars. Pedro really lost a lot of steam for me after the whole Zimmerman brawl situation. Can't deny a great player, but yikes. 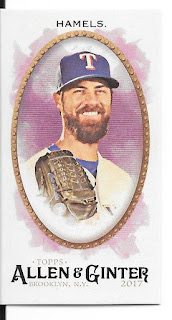 Today's mini is just standard fare mini - no special back or design. Now to the fair... 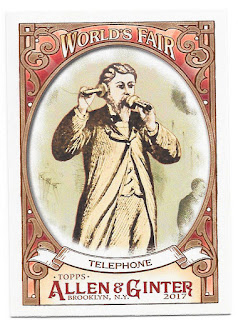 Here's a pointless personal story...as a kid, about 5 years old, one of the family friends, for whatever reason taught my the name Alexander Graham Bell and that he invented the telephone. I have no idea why it was a thing, and why he did, but it's something that stuck with me. It did teach me, that if I wanted to teach my kids quirky trivia and facts, do it young and it'll stick in their heads like glue!