I like Magic cards. I like Artifacts to be specific. I also like the joke cards/sets. So, I picked up three packs of Unstable which was released in 2017 from 401games for the above reasons, and because I had two of the three package images, and figured, might as well get the third to complete the unopened boosters for the set. 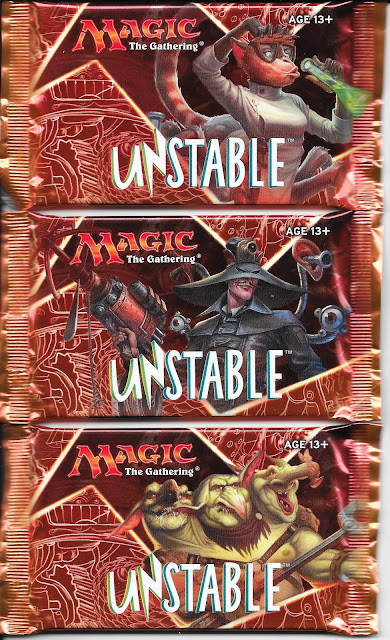 It is the Three-Headed Goblin at the bottom which I needed for the unopened packs, but that leaves me with two more packs to open and share today. Hope is to get a couple artifact cards in each. There aren't any big dollar cards in this set unfortunately, so more looking for rarity in the artifacts since I won't like be getting any money back on trade ins. 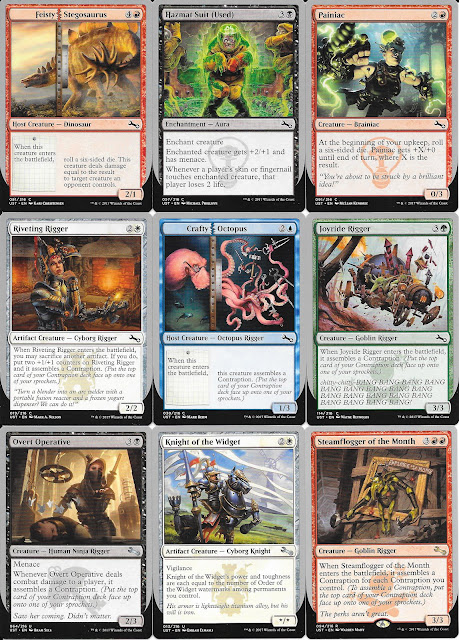 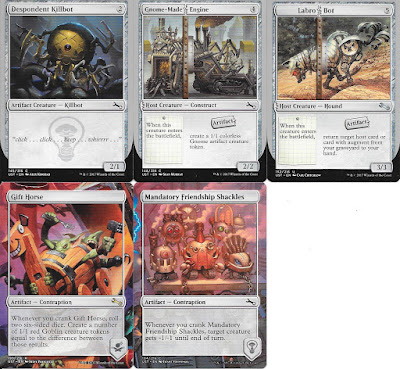 This is a pretty good back considering the number of artifact cards here for me. The last 5 cards are all artifact cards for the collection - can't say I ever get that many in a pack, so this is what I was hoping for with Unstable. 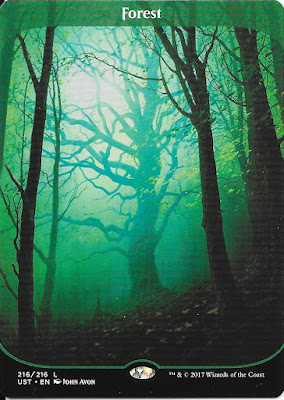 This is the last card in the pack and believe it or not, the only one of trade in value. Apparently the lands, because of the artwork, actually are worth a buck or two, so maybe I can get a couple bucks back...

and can't forget the token... 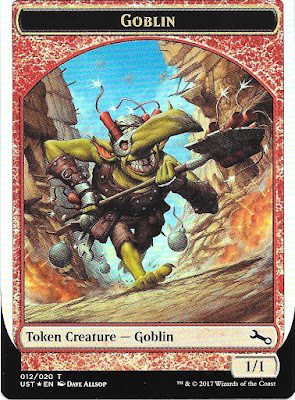 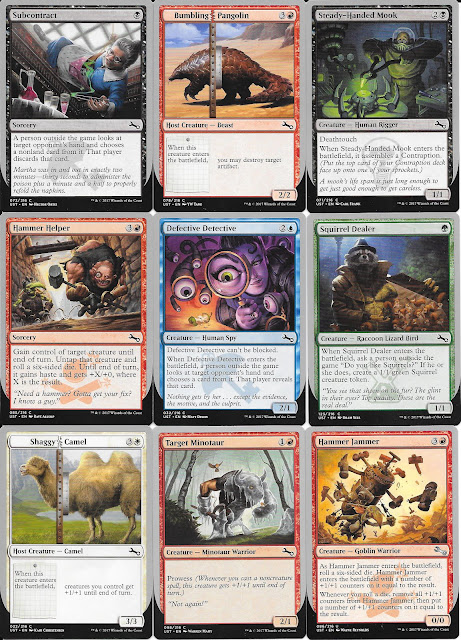 Not nearly as good for artifacts in this pack... 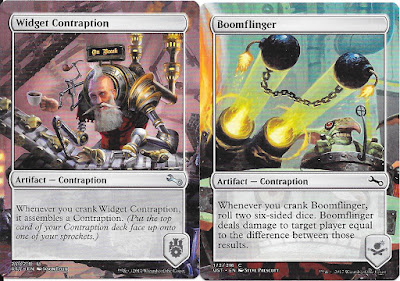 Just these two. As for the last cards... 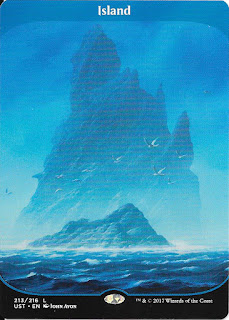 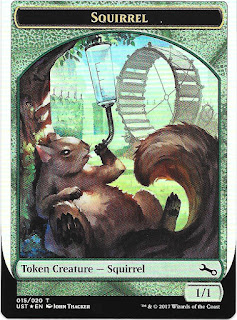 Another nice land and a squirrel token which is just cute...or so says my 5 year old.

Good news is I can turn the couple lands into another pack and a bit, and I have a couple others so, should be able to get three packs for just basic lands...never thought I could say that.

I'll end this post with a shout out - I received my box in return from Shaw Racing. I sent a box of about 800 cards his way, and got a box back of about 400 would be my guess. More than works for me as I was glad as always to get rid of a bunch and take a bit less back, that fit my collection.

As I tend to do, I'm not sure if I am going to sprinkle the cards in as I go or put the box aside for a rainy day (as who knows when that may be). Honestly, probably the latter this time as I like giving these boxes a few days attention, and have a good rhythm going with the D&A boxes so...might be a while before I get to sharing it.

I of course already send Jeff a big thank you though, as I do appreciate it, and any other trades.