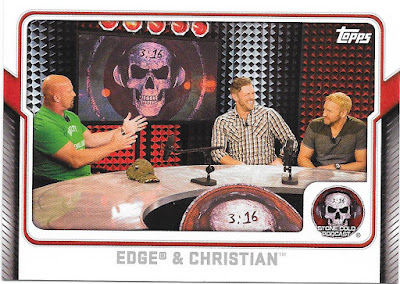 Edge & Christian so obviously have fun with everything they do on the network. Between their appearance here, and the show itself they have - they just always have fun. A shame Edge was cut short on his career, but after a bit of time away, nice to see him so involved in the industry in his own way again now. 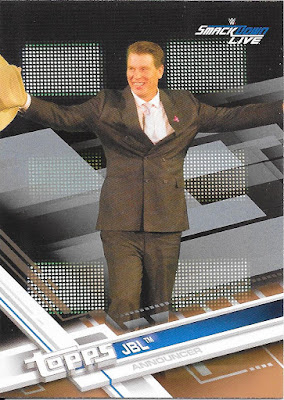 A nice bronze parallel - would be really nice to get one of the more rare parallels - blue, red, etc...maybe before this pack is out?

Unlike some of the other boxes, it seems the base are at least somewhat split, so there are some new in each pack, like these new to me base cards. 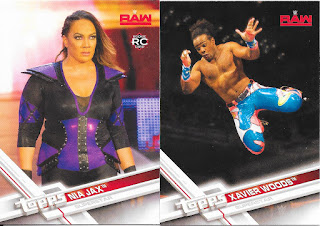 and we end with the couple base cards which are duplicates. A great mid air photo of woods. Could be 20 feet in the air the way this one is taken.

Something else that reeks of awesomeness.....trading with a new trade partner. This one was with SportsCardHunter who is also in Ontario which makes the shipping a little cheaper, which is also nice. 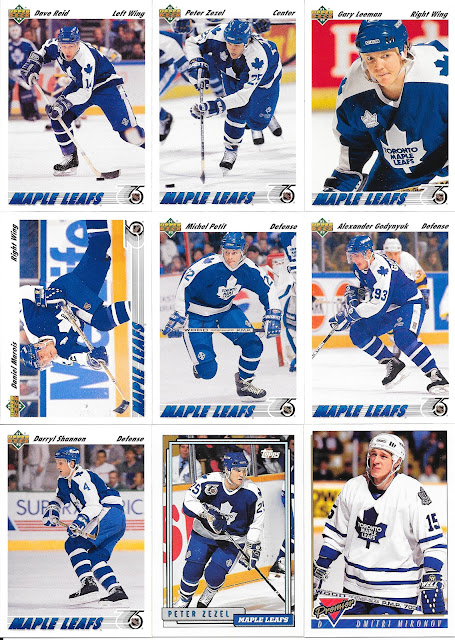 We start with a bunch of missing 1991-92 Upper Deck cards. Yeah - these are Upper Deck Logo hologram cards as the ones I had before realizing there was a difference, were mostly the Upper Deck word holograms. Yeah, nit picking, but that is what we collectors do with our A.D.D. 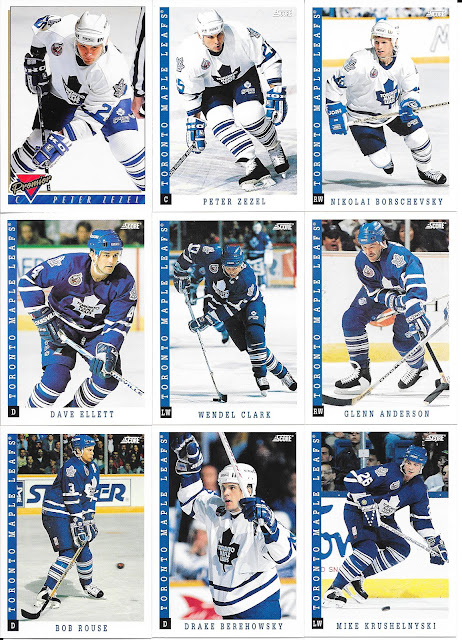 We continue with a bunch of Score cards circa 1993-94. These were listed in the trade as Score, but were in fact Score Canadian cards. I guess that makes sense given the trader is a fellow Canadian. Actually worked out better because I am now close to done the Leaf team set for the Canadian version. 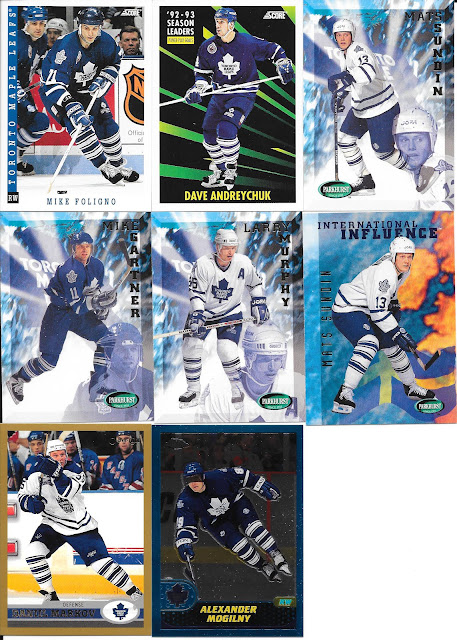 We end with some Parkhurst International (it's an interesting design that looks pretty busy, but not as busy as the International Influence design Sundin from the subset).

The Chrome Mogilny was unexpected and a great add which I was very thankful for.

Awesome trade that definitely reeks of awesomeness.
Posted by CrazieJoe at 8:00 AM