As we are getting closer to Christmas and the holidays, I'm hoping for a little present here and there from the lot of cards I bough about 15 months ago now, but no such luck today. Not because the cards stink, but just not for my collection. 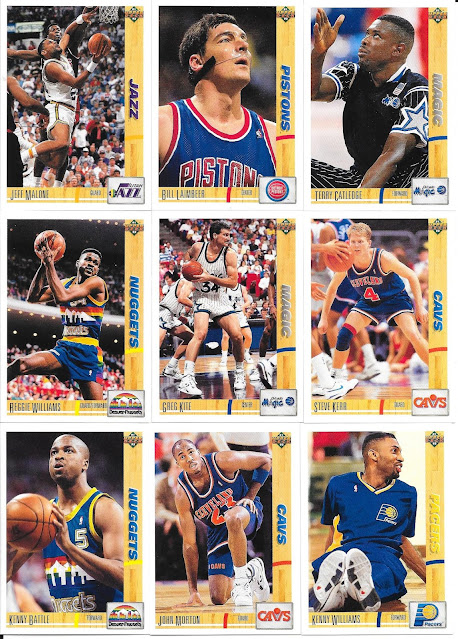 We have seen a bunch of 1991-92 Upper Deck basketball cards, and it is a very good set. I don't have much to say about it, and think we have seen at least some of these cards already anyway. 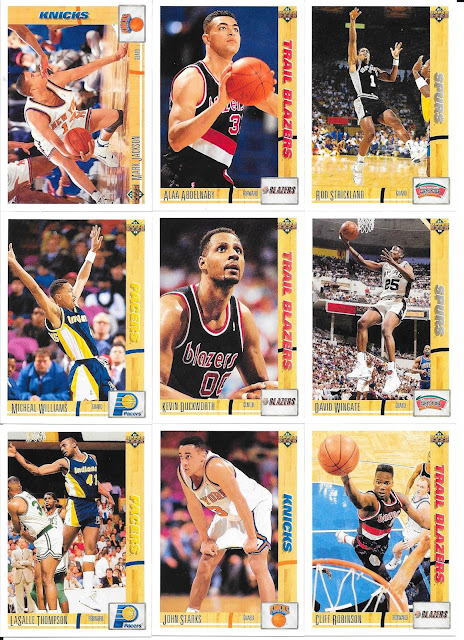 Why hello Mr. Robinson - a nbice shot of him heading to the rim. 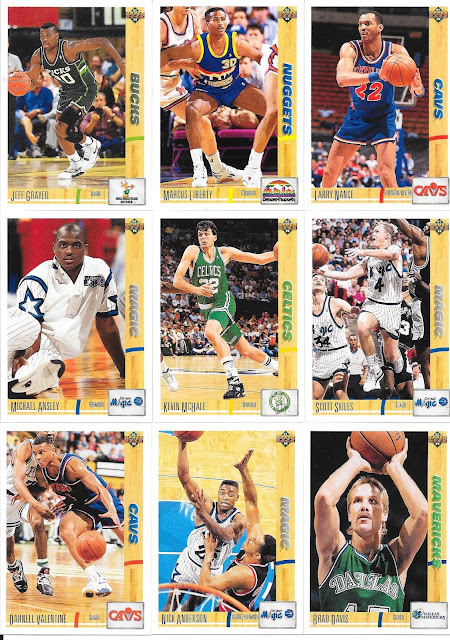 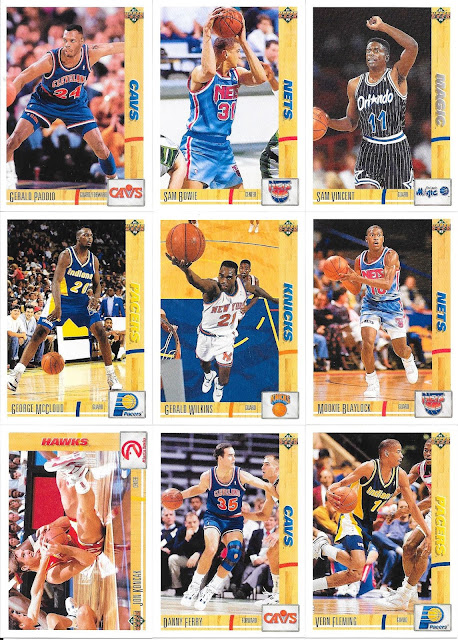 I don't know about you, but for those who collected those first few years that Upper Deck was on the scene, a good reminder of how different to what the cards were at the time - Topps, Donruss, Fleer, SkyBox, Hoops - Upper Deck did stand out. 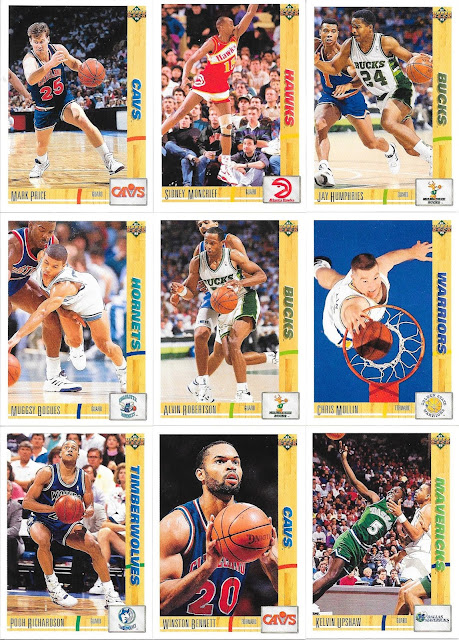 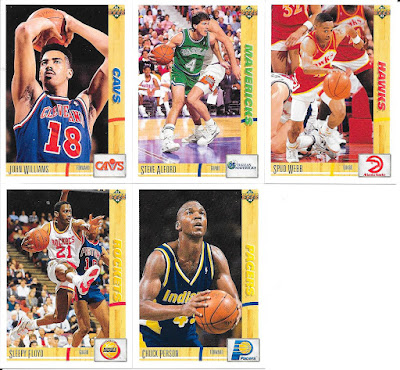 May not be anything good for myself here, but still a sweet bunch of cards! 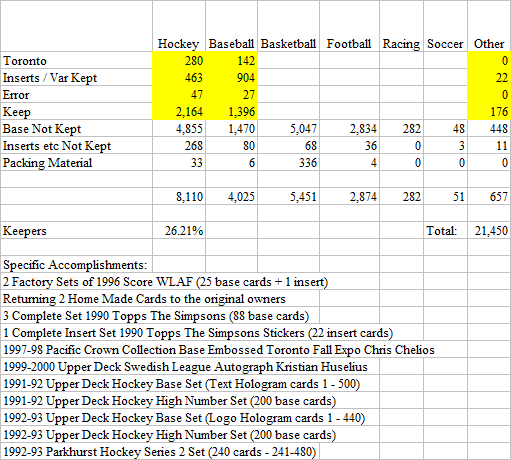 Given the lack of keepers, I finally scanned in some recent purchases from 401games. I started going through Magic singles alphabetically by set to pick up missing cards to fill into the collection. A bunch of cards, and I only basically got through the sets A to C... 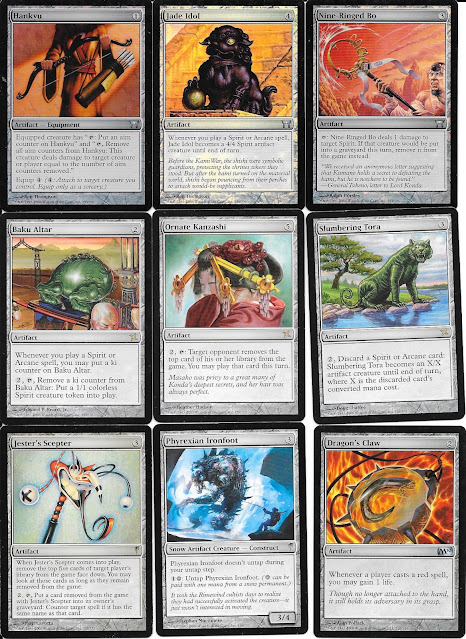 Just the way it works out alphabetically, we get some cards pre-2010, but not too many. As you will see, most are from the annual Commander sets from the last 6-7 years. 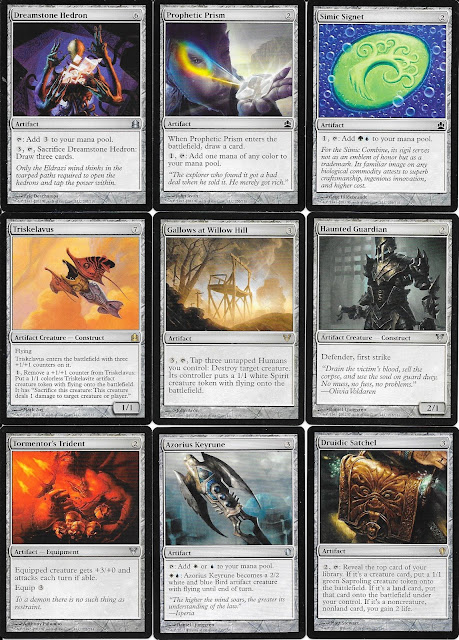 A number of mana producing artifacts - something that was supposed to make playing multi-colour decks easier, while making it cost a bit more in mana to get other colour mana, in case your lands are uneven.
Also unusual here is the Haunted Gaurdian - not a lot of first strike artifact creates of this minimal size, and 2 for a 2/1 isn't too bad either. 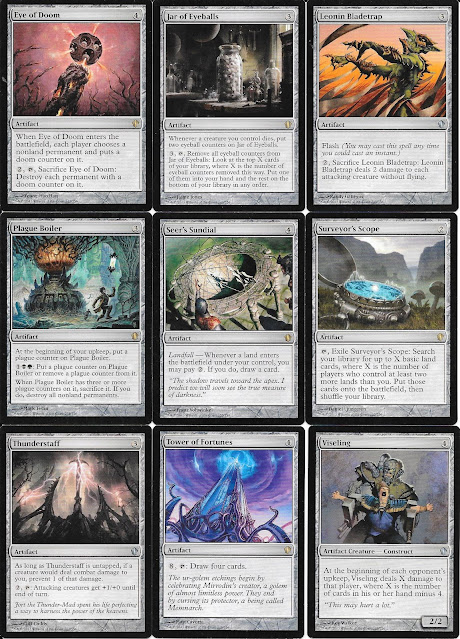 Eye of Doom is a great name for a card, though the card here is a bit underwhelming. Tower of Furtunes is a great ability - to draw 4 cards, but needing 8 mana, the game may be over in many cases before it can be of much use. 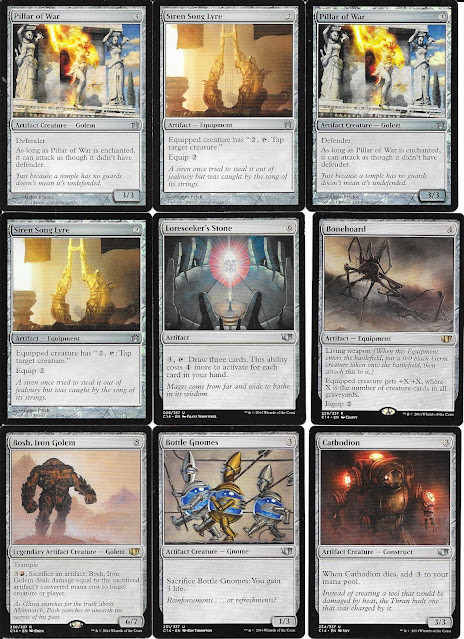 Where there may appear to be dupes here, it's just me picking up both the base and foil version of the cards.
Still really enjoy the Bootle Gnomes card and text. 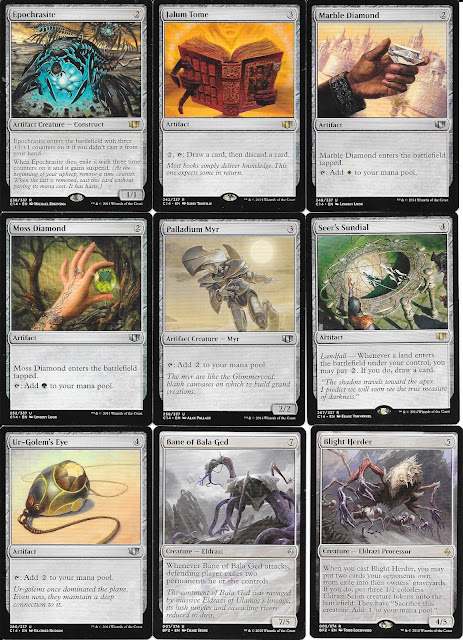 I also picked up some of the Eldrazi cards since, they may not be artifacts, but fit the same mold of no colour mana for casting. 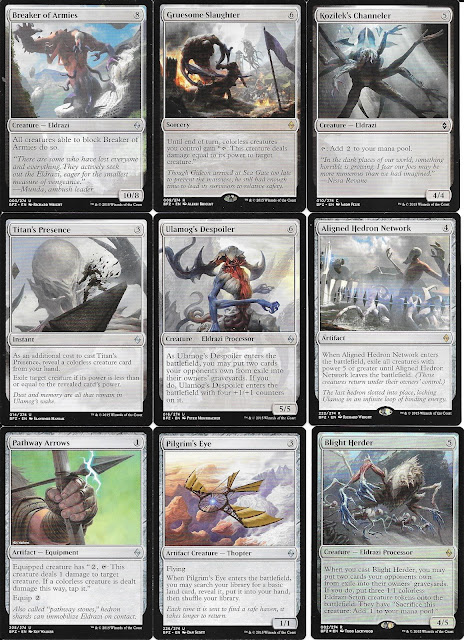 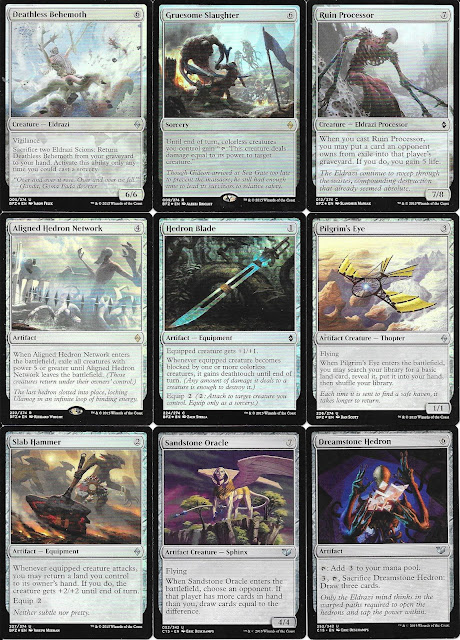 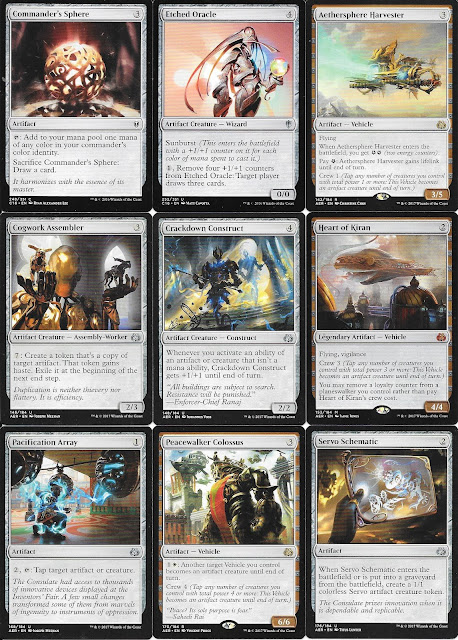 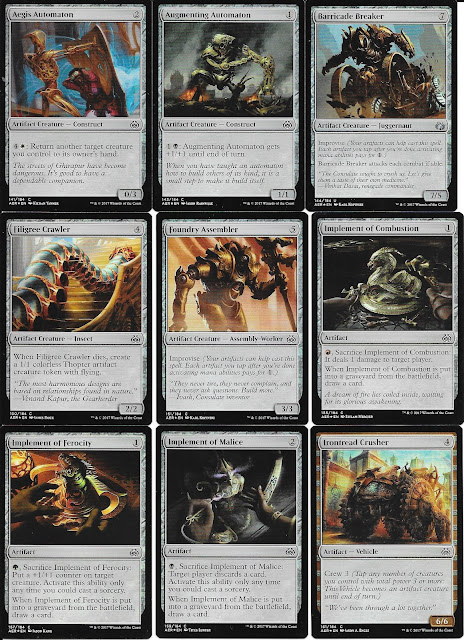 The improvise ability was a bit more interesting, letting artifacts be used as essentially a mana source for casting artifact cards. Anything the helps cast cards quicker, has some value. 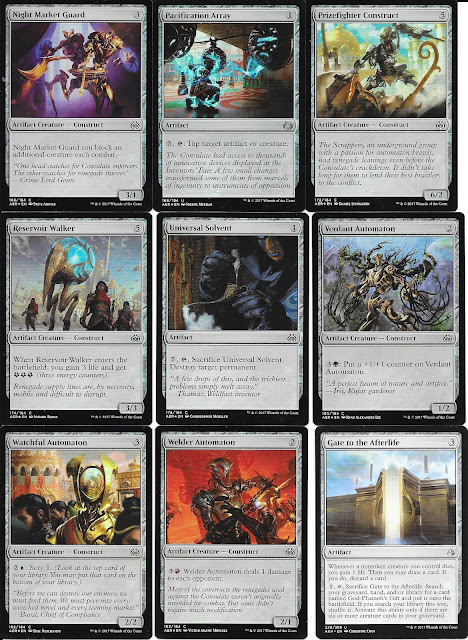 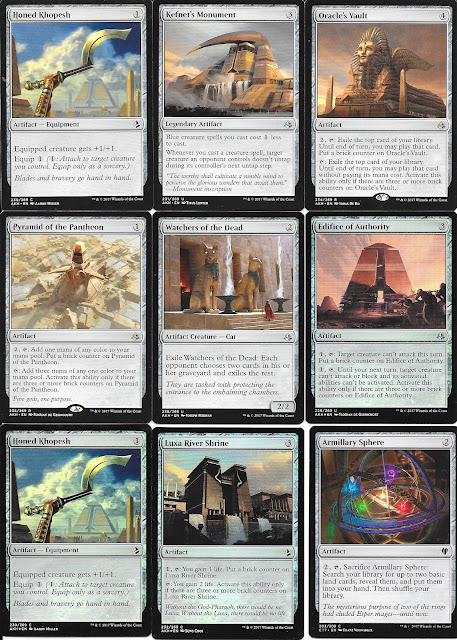 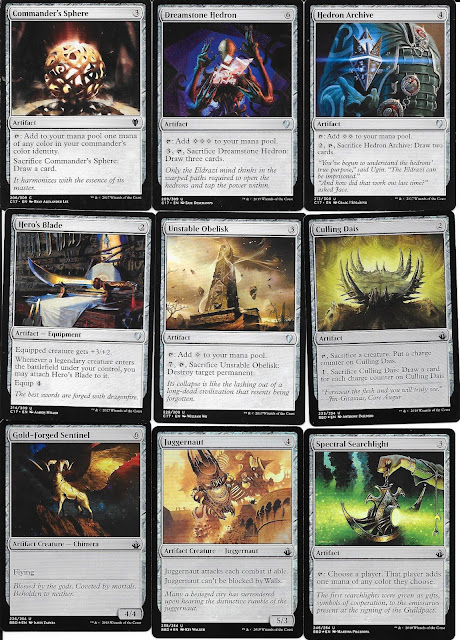 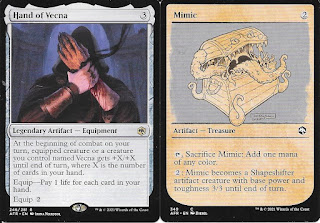 Even a few cards right up to current year. I can live with the alternate art beige borders the use, though I would have done the darker brown as a nod to the old school colour. 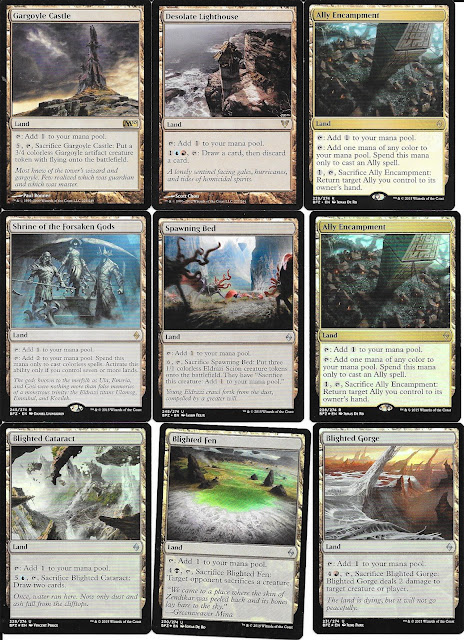 Not nearly as many colourless land producing cards added, but still picked up a few. 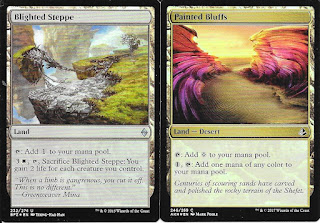 A great bunch of additions, and though I will never have all the cards that fit my collecting definition - I am probably somewhere around 40-50% if I was to ballpark it. Honestly though, the number goes down as they release more and more sets, and in those sets, they start having all the alternate arts, foils, extended arts, etc - it's getting more and more like the professional sports!
Posted by CrazieJoe at 8:00 AM