Today we get to talk more 1994-95 Score hockey with another bunch of set additions. 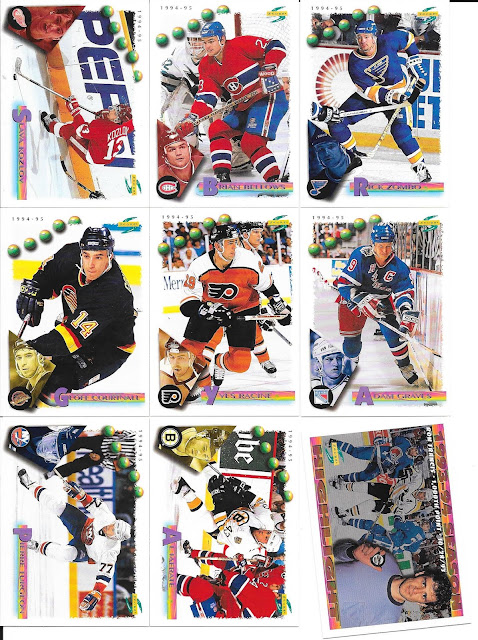 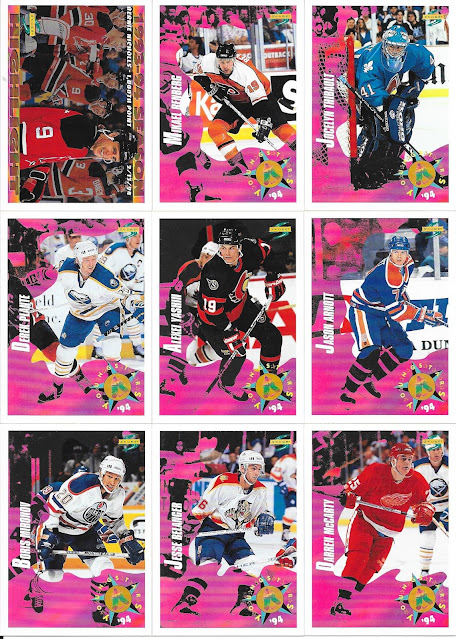 I could talk about the rookie cards or Young Stars as they label them here. 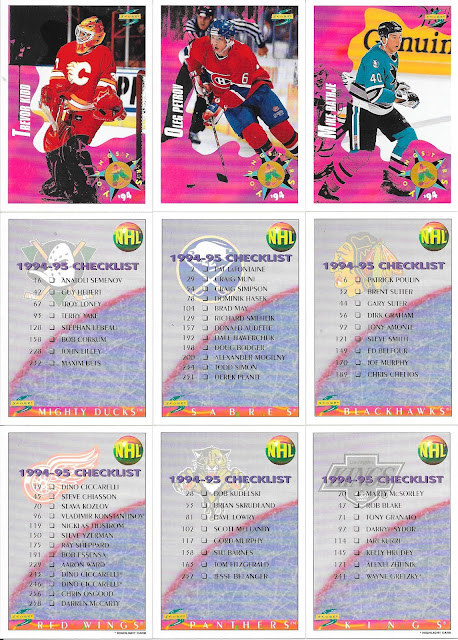 I could also talk about the checklists which are extremely bland with a team listed on each front, or back, and a logo and crease background - meh. I do love checklist cards, but the effort is weak on these ones. 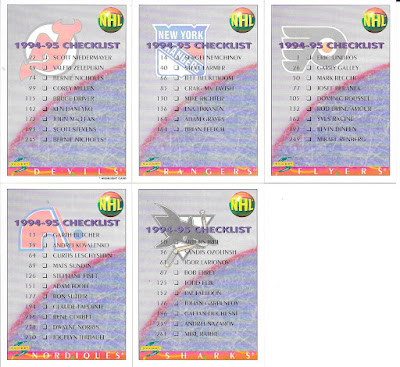 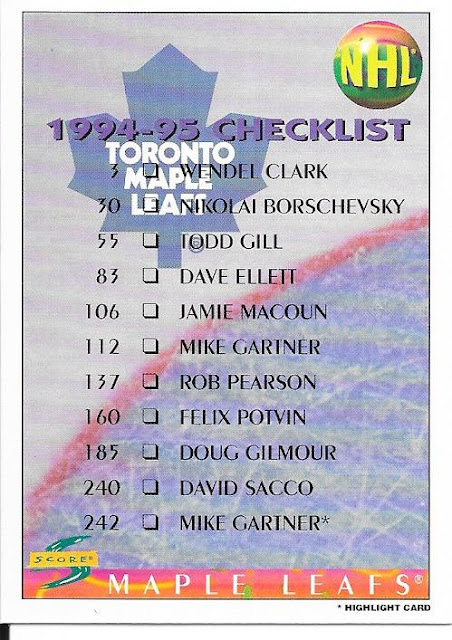 I could happily talk of getting the Leaf checklist card, but instead was to talk about... 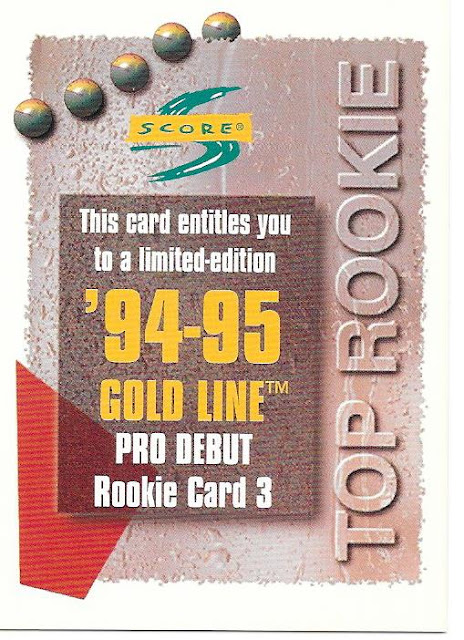 Redemption! Now, I expect this wouldn't be honoured at this point since according to the small print, I would have had to send it in by January 31, 1995. Add to the fact, you pay your own postage, and I don't know who I would have received, so may not have really been worth it, even back then, but still - never seen the redemption card before.
We will count it as an insert, or hit, or something and keep it as such, so very cool. I get why the players are named on these, just doesn't work with timing of course, but well after the fact like this, would be cool to be able to piece it together.
There were some dupes as shown here (and a couple baseball cards too...pesky Flair set still taunting me bit by bit... 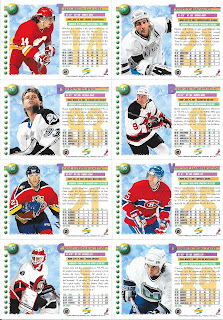 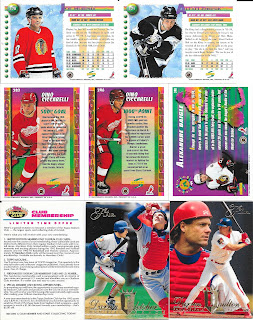 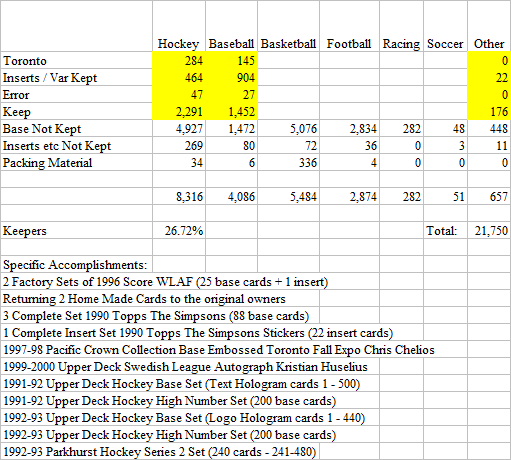