Well, it would make absolute sense to have a box about some kind of unboxing or opening of a box, or some other new packaged card something-or-other. I however, do not bow to such pressures, instead I will look at some cards from the lot again today....

* Notices the cards are packed in cardboard boxes *

Okay, well, I guess I am still doing a partial unboxing.

Before those cards though, a quick run through of the card related items I did get yesterday, though again, no unboxing to be performed as of yet. 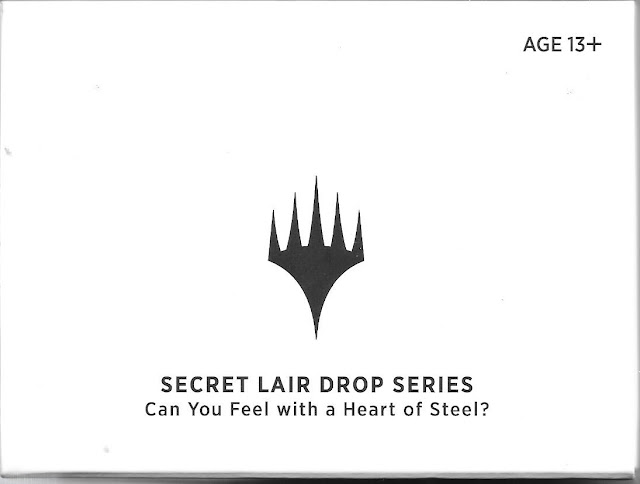 Santa brought me this - one of the Secret Lair drops, and the only one I have, from Magic The Gathering. Secret Lair are like the Topps Now cards in that there is a limited time to order them, but are also expensive and can run $30 - $70 for each such drop. You know what you are getting generally - like this one is three specific artifact cards, and there are lands, etc but each of this specific drop is the same.
I won't be opening it as I know what is in it, and like having it pristine (or "as is" - who knows, the cards may be misprinted in there or something). Very cool to have and add to the collection. 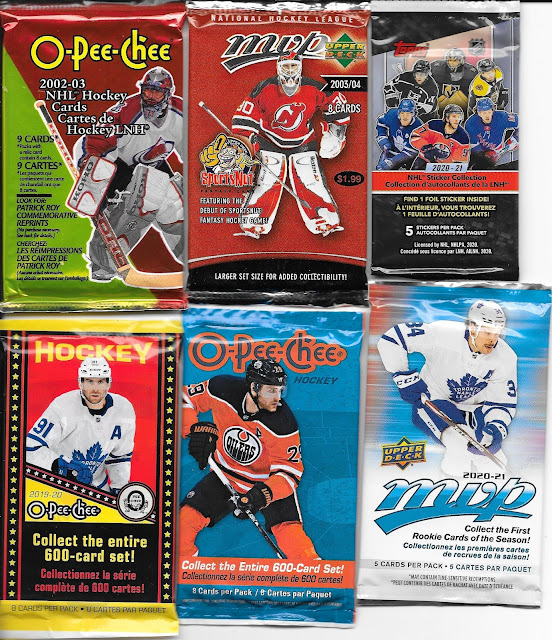 Some unopened packs which may fit in my unopened pack collection - will have to double check. I think the 2003-04 O Pee Chee I have, but that may be it.
From the family, I got one of the Costco MTG start kids which include a handful of draft booster packs and an Arena started box. 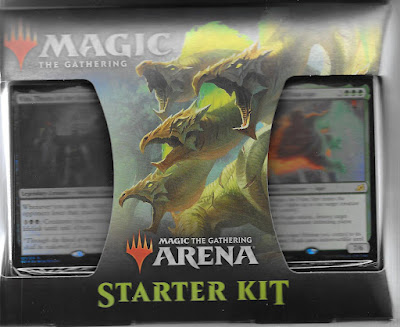 There is an Arena online code for this if anyone plays, they can have it - xay-D1zd-LKu - I expect it can only be redeemed once, so congrats whoever uses it. 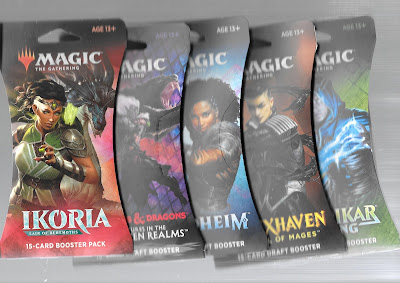 I did unsleeve the packs, and will need to check if the artwork is ones I will keep the pack for, or if any of these can be opened at a later date. 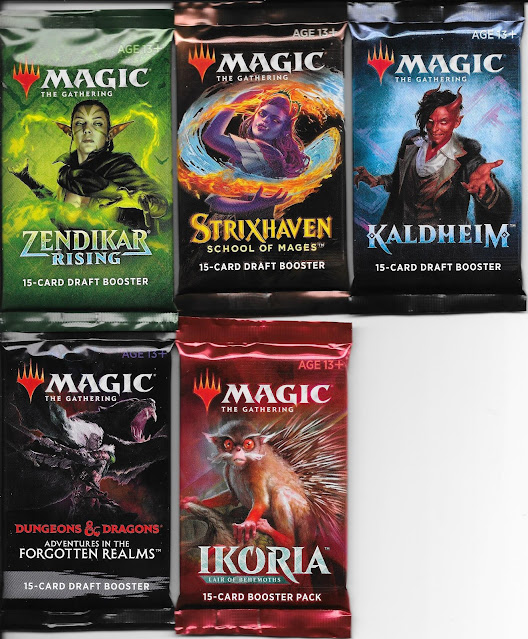 The Costco pack also included an artifact promo card, so that's a keeper too... 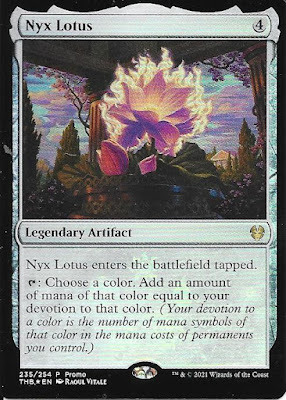 A nice little haul for Christmas. Now to the lot cards for today... 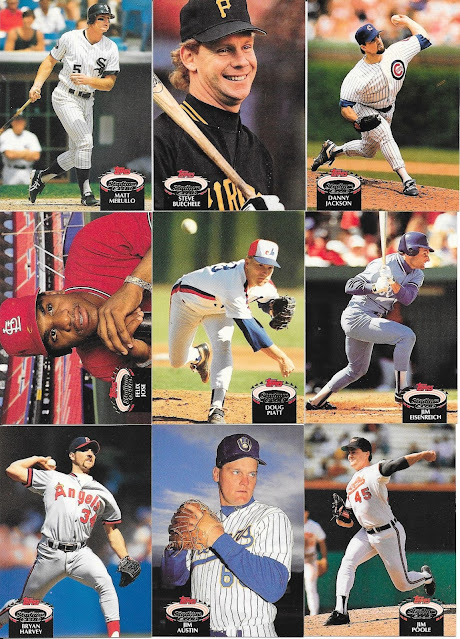 1992 Stadium Club still amazes me. I mean - three series, 900 cards in total. A beast at a time when they were all trying to be big sets and pump out as much as they could.
The difference being, Stadium Club looked so good, you were happy there was so much of it.I should have scanned it horizontally, but the Felix Jose card for one is magnificent. 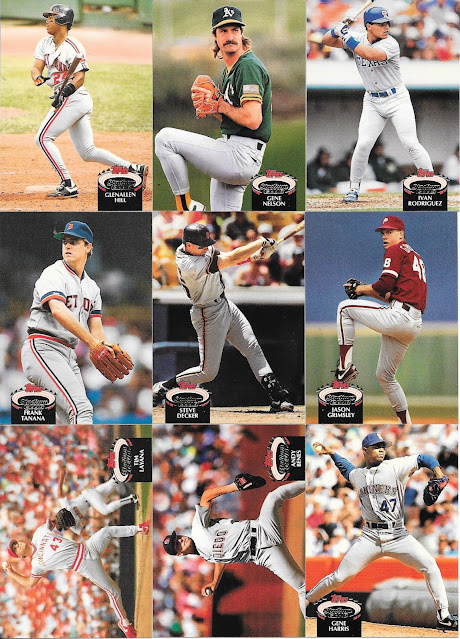 Other horizontal cards done right with the framing here with Layana and Benes. Glenallen and his floating bat are nice too. 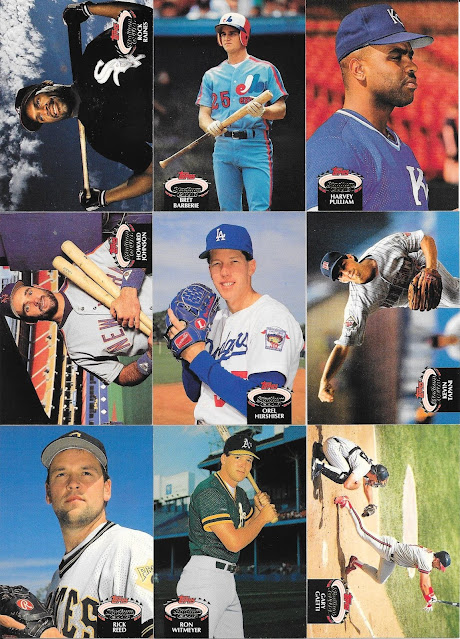 I get the "don't look at the camera shots like Reed here, though they are not my faves, rather it just be a look into the camera if you are posing. 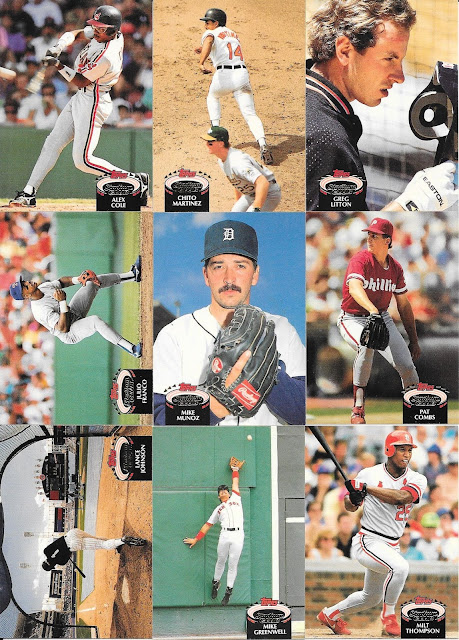 I should see if I could look up the play, but 99% chance given the photo - Mike Greenwell did NOT make that catch. I mean, a great effort and shot for the card, but dude is offline. 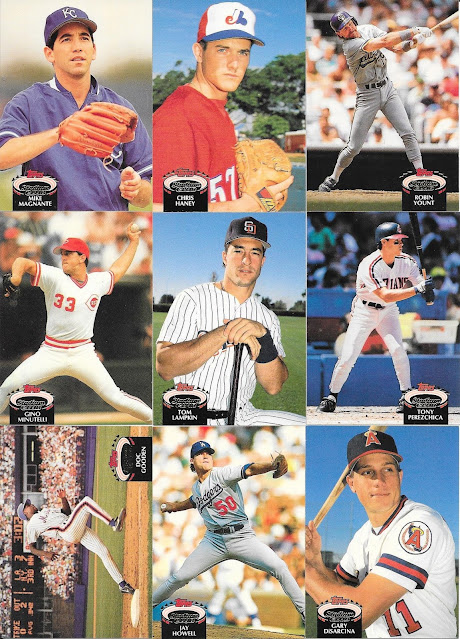 A wonderful bunch of additions, I mean, a perfect day as far as that goes with keeping all 50 cards today, including the couple Jays... 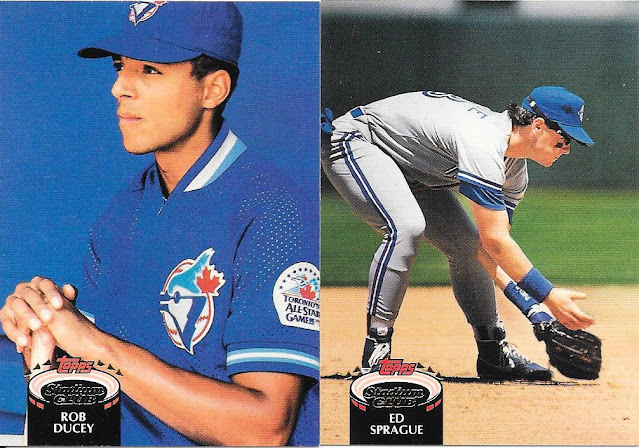 Rob was one of those players that was a hometown boy born in Toronto, but never really took off, just good enough to stick around a bit. Ed fared a bit better. Still two more Jays adds for me! 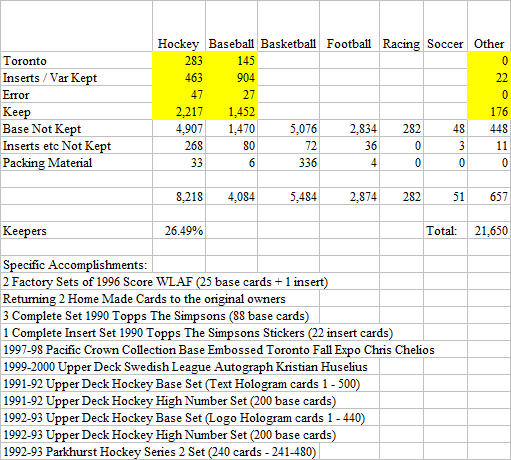