Something a bit different today. I know fairly recently - the last year or so - the Dollarama $2 surprise bags of hockey cards have undergone a little facelift and the packages now look like this... 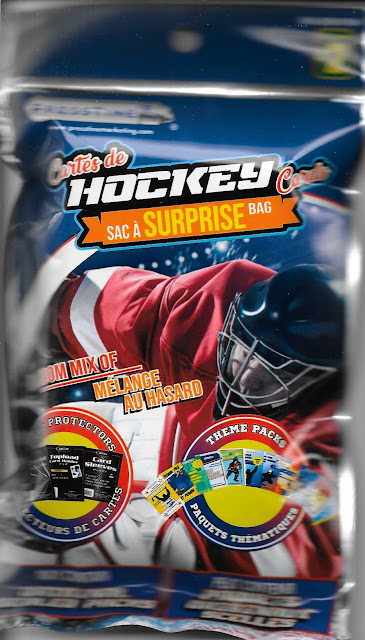 I remember they originally were small cardboard boxes, but because people were opening the bottoms of them before buying to see what was in them and buy accordingly (or steal). They then kept the same blue and red design, but put them in bags like the above - but they were a bit bland looking.
Now we have these action type bags. I don't mind them, now that I know what to expect in looking for them.
So,m what do we have in this pack? 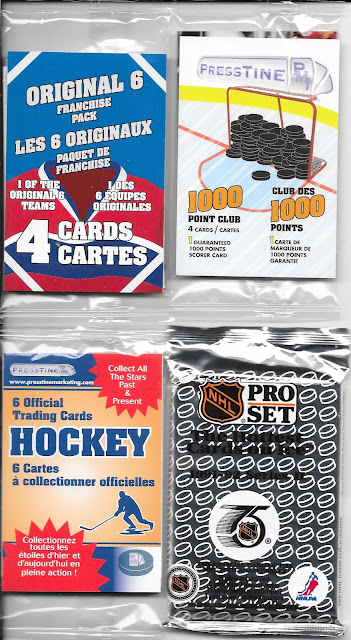 The Original 6 pack can be great if it's Toronto as it will be 4 keepers. The Pro Set pack is not needed, but I'll open it anyway - 15 cards should turn up a Leaf.
The other two are, to me, just random hockey cards really, but that's cool too. 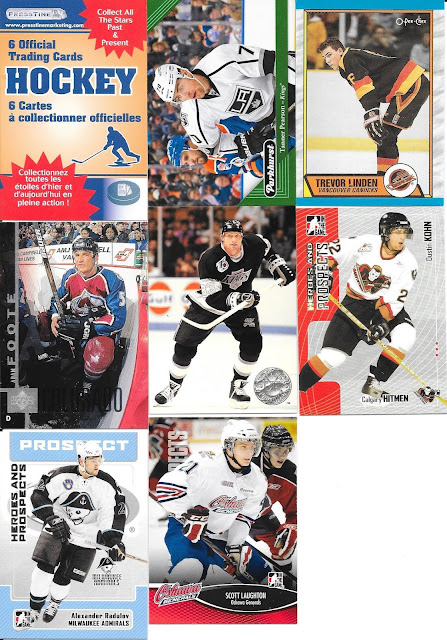 Well - never a fan of the non-NHL cards, but can't avoid them completely in these repacks. Guess the fact there are 7 cards instead of just the 6 there was supposed to be makes up for that. 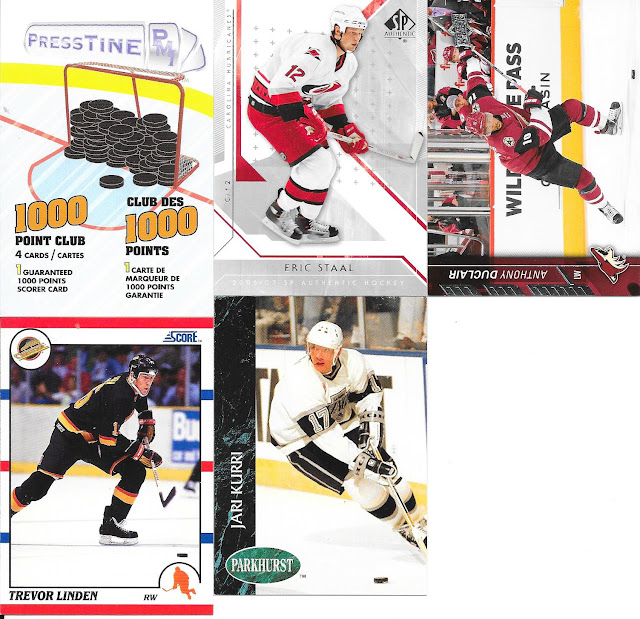 I am going to assume when there were packaged, Jari was the 1,000 point man in question, but Eric Staal also made the mark. 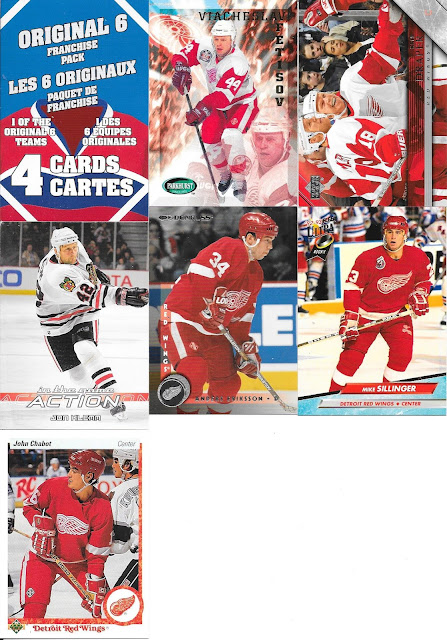 Well - on one hand, wrong team with them being Detroit and not Toronto, but instead of just 4 cards, we get 7 which were obviously wrongly packaged, as we also get a Blackhawk!
Well, no Leafs these far - but with 15 cards in the Pro Set pack, maybe something there... 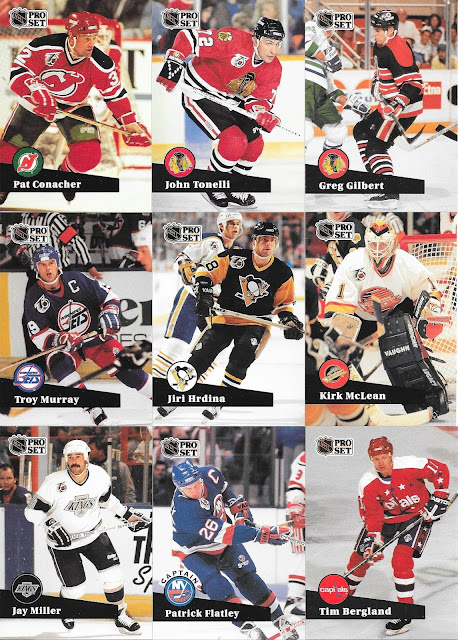 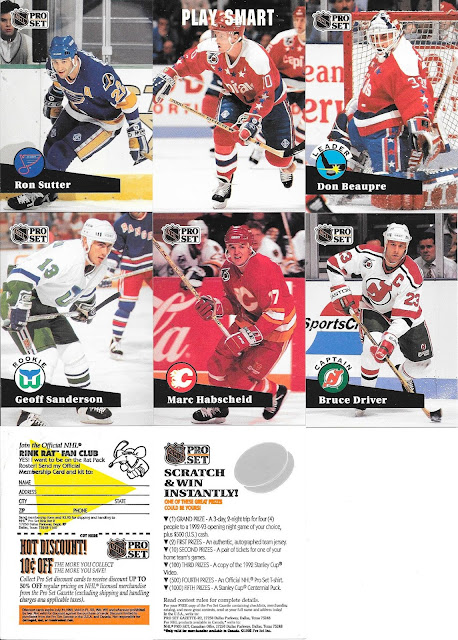 Well, a bit of a dud overall. As for set helpers, all in we have 3 keepers, so not a total write off. Besides, a fun quick crack anyway!

Another "crack" I got to do was opening a nice piece of mail from TCDB member distirbed1. 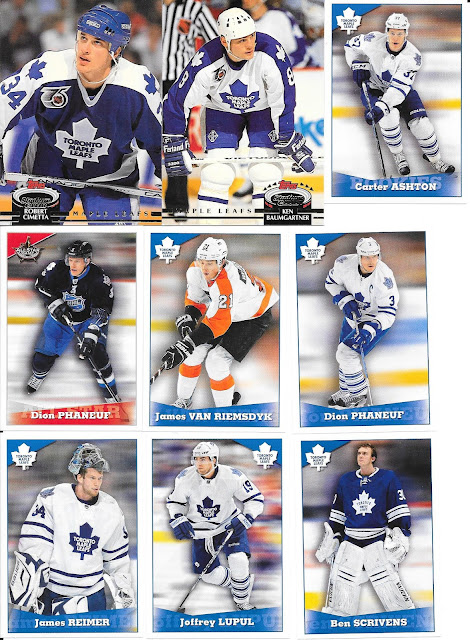 As I have mentioned before, stickers aren't specifically my thing - I don't go out of my way to collect them, and won't ever really work on a set, but if someone offers me a trade and has them in, I'll accept any day.
I find it interesting that these stickers shrink over time. 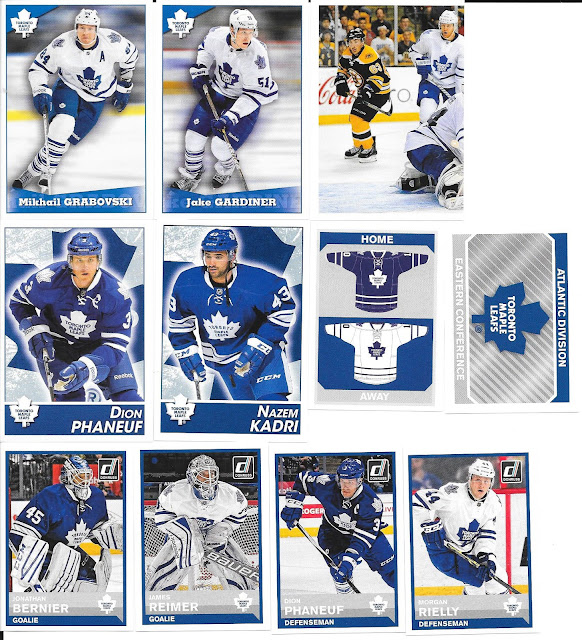 Here you can see the difference between the smaller 2015-16 stickers and those before it. 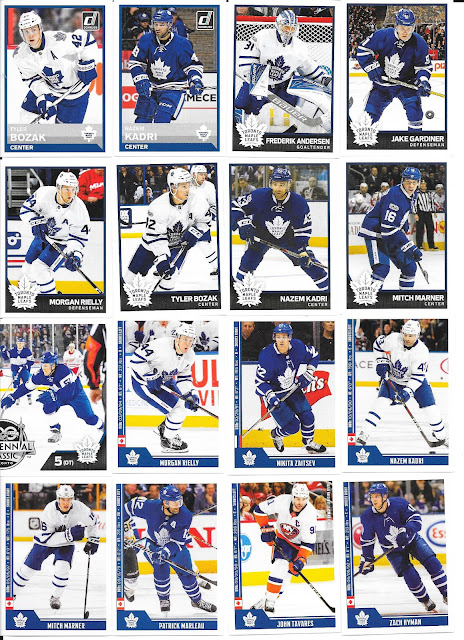 The smaller size does let me scan 16 at once instead of 9 regular sized cards. 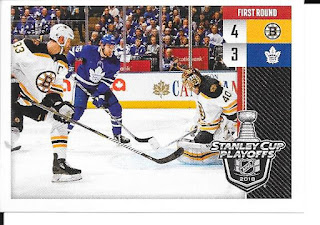 Yeah - have to collect this one since it is a Toronto sticker, but it just reminds me of the close but not quite times of being stopped in the playoffs by the Bruins.
Whether good or bad though, that's part of why we collect - the attachment and memories of the things we keep.
Posted by CrazieJoe at 8:00 AM