A good place to start, is a continuation of yesterday - more 1999-2000 Gold Reserve cards from Upper Deck. A bunch more keepers for this set. The set, as I said, was two releases, a total of 350 cards over the two series, and with these, I am at almost 100 now. 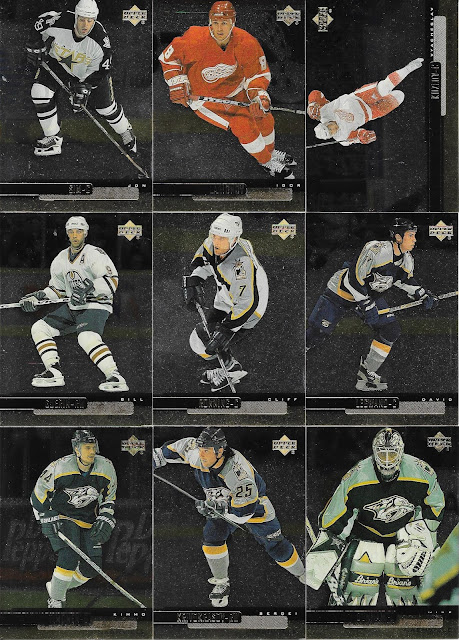 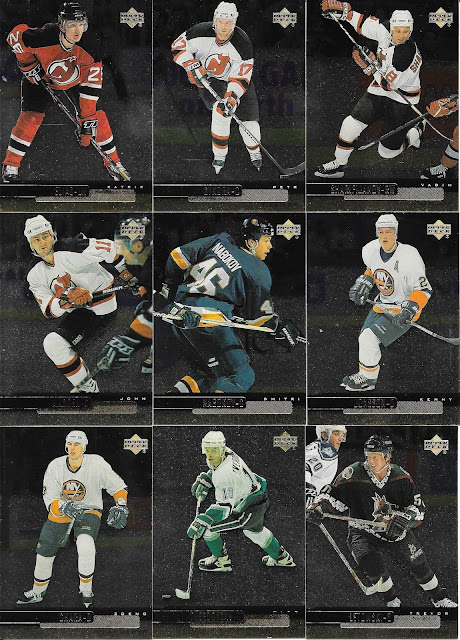 One thing about the foiling, it's a shame in some ways as it takes away the context of the action shots, so the cards lose a little something that way. 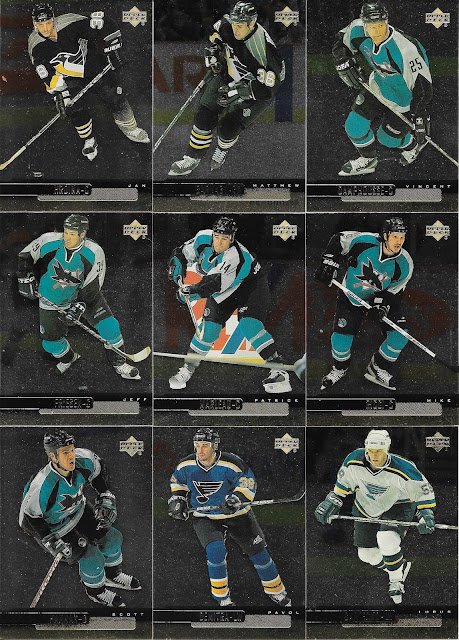 I also shouldn't be surprised that all the Wayne Gretzky cards are so far MIA. There are about 10 at the front of series 1 - given the retirement of the great one - but not a one so far here. 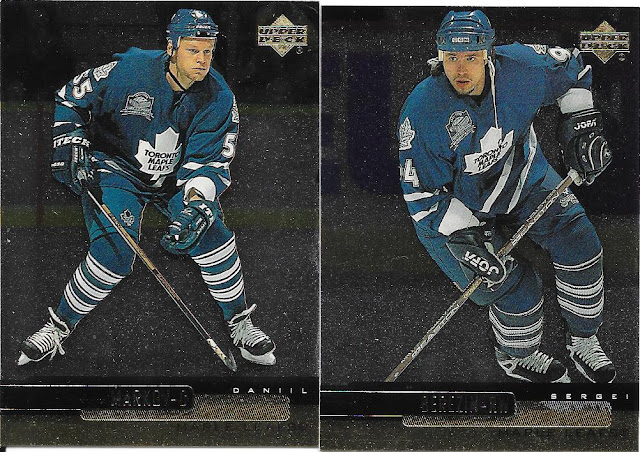 Unlike yesterday, I do get a couple Leaf cards and, a single uncorrected error card here with Nieuwendyk as well. 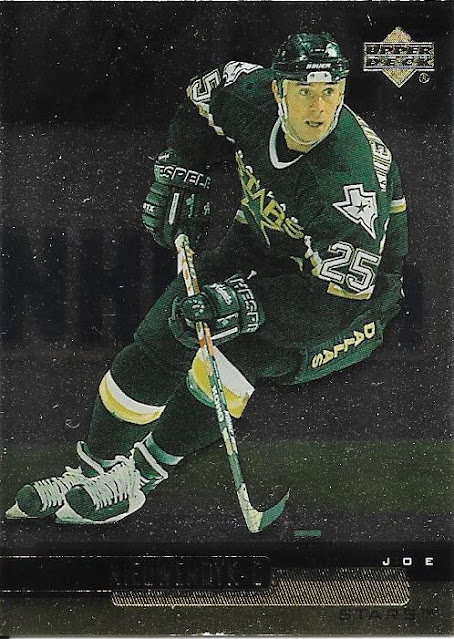 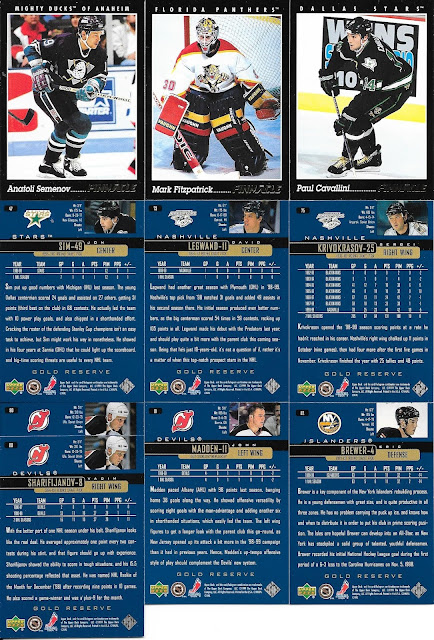 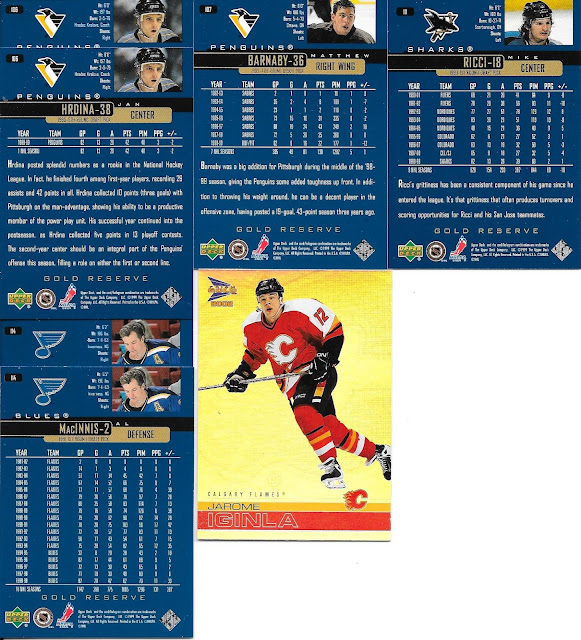 A shame the Iginla was a dupe, I need a number of cards from the 2001-02 McDonald's release, just not that one. 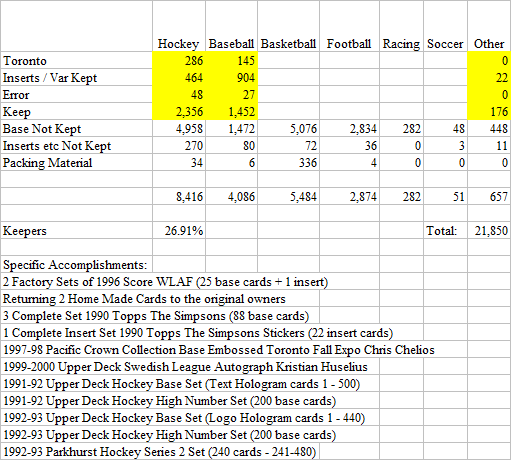