For better or worse today, we get back into the 1993 Bowman cards that has showed up in this lot a bit already. Unfortunately with them, the cards I see generally have a tinge to the not-so-white borders. At least it makes me pause in wanting to bother collecting this one, other than the Jays at least of course. 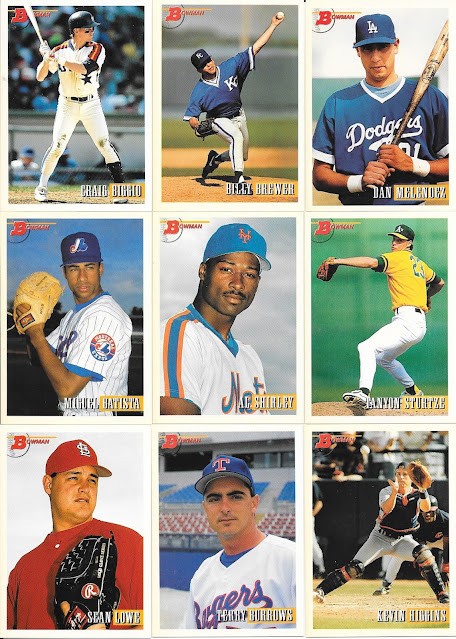 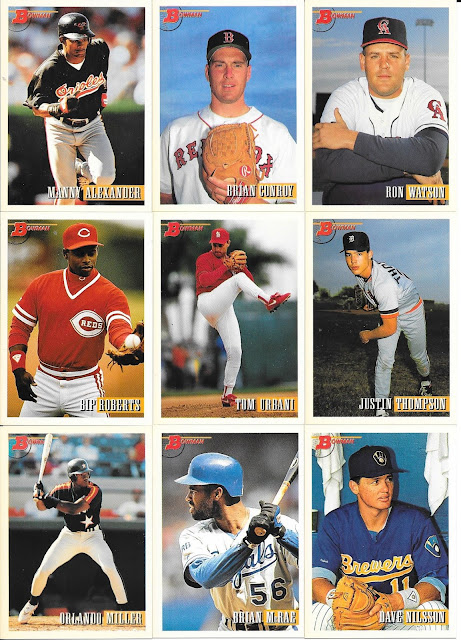 Unfortunately, no Jays for keeping in this lot. The more I see of the set, the more I do like the change compared to the 1999-1992 sets. Though not a huge fan of the logo and name font, the photography definitely shows improvement, at least to me. 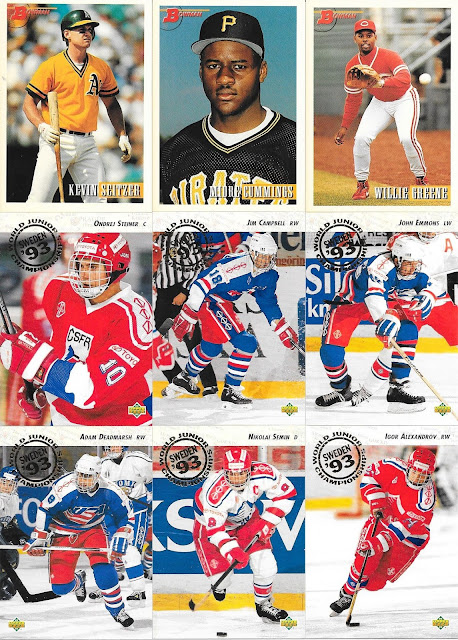 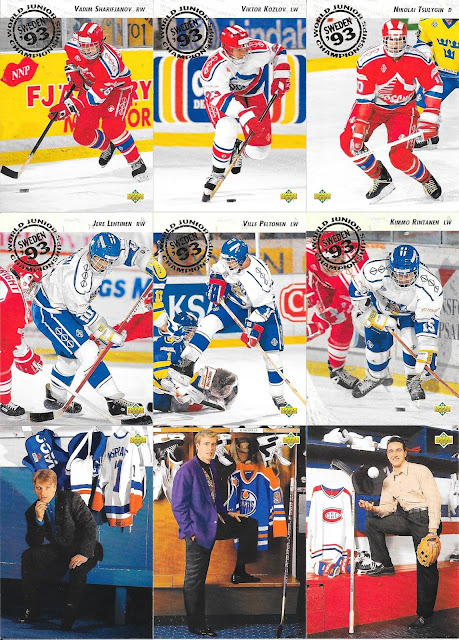 Unneeded Upper Deck hockey as well, but at least the dupes are from the excellently different locker room casual shots near the end of the set. 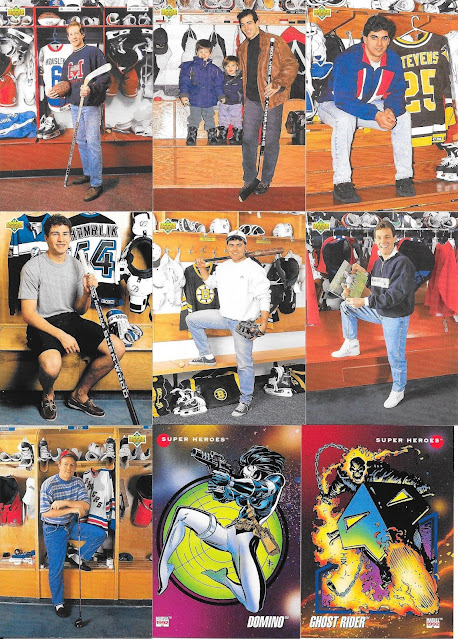 Then for kicks, we end with a few more Marvel cards including Nicolas Cage...I mean, Ghost Rider. Yeah, there is a match that made no sense to me then, and still doesn't. TO be honest, Nicolas Cage is an actor I have never really enjoyed and will purposely not watch movies he is in. Best thing I saw him in was the Netflix series about swear words.
Are there any actors that just put you off watching movies? The only other one that comes to mind quickly is Rob Schneider. 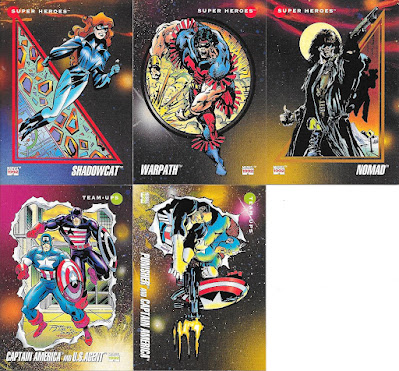 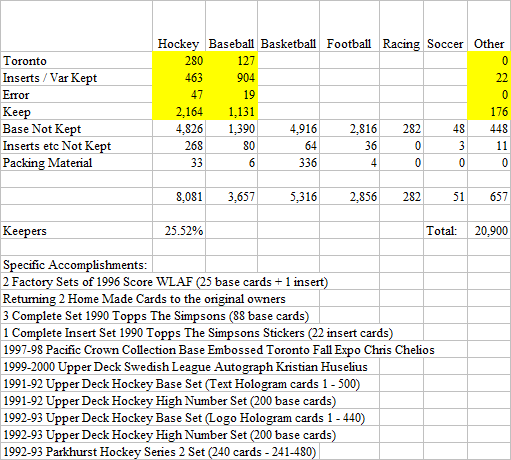 We end today with a quick PWE trade which gets me down to one insert card remaining from the 2017 WWE Topps Then Now Forever Finishers and Signature Moves sets. 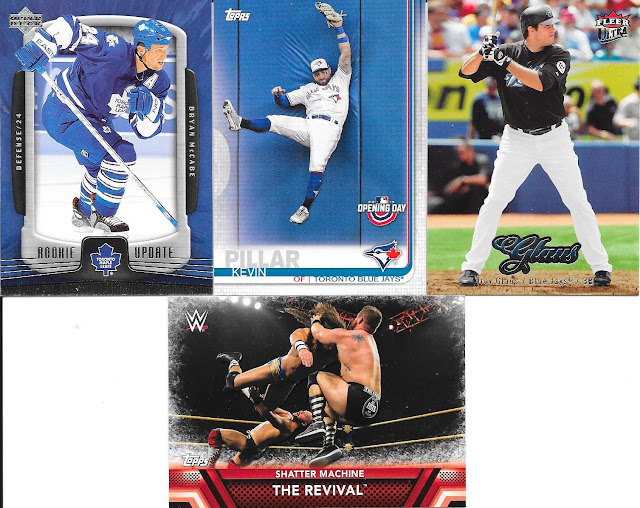 alhill37 sent these across, all adds for me, and as I say, just one more WWE insert card to finish off the set, and fingers crossed, that card should be on it's way to me too.
Posted by CrazieJoe at 8:00 AM