A nice surprise today, able to continue on a slow build set in a meaningful way. 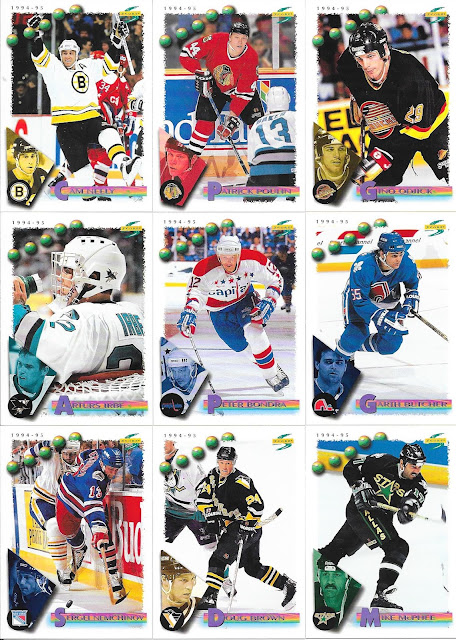 1994-95 Score may not be the prettiest set in design, but at 275 cards, it is definitely a manageable one to collect. Add the timeframe and there not being any overly expensive base cards, and one way or another, I should be able to put this one to bed eventually.
My only real delay is not wanting to get cards I already have here hiding in the lot, just not in hand yet, so...we continue... 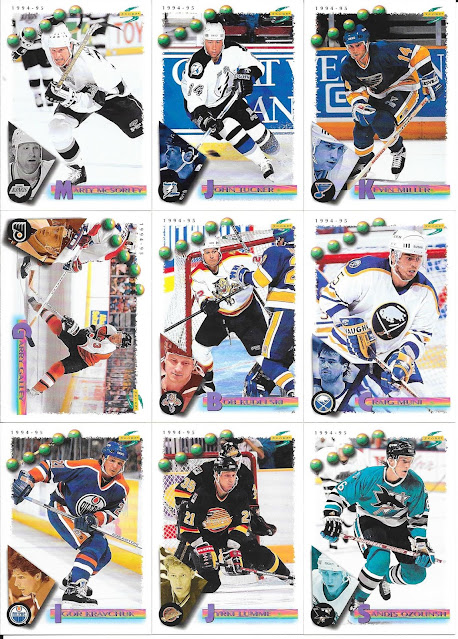 All these cards thuse far are the base sets add, a nice haul. 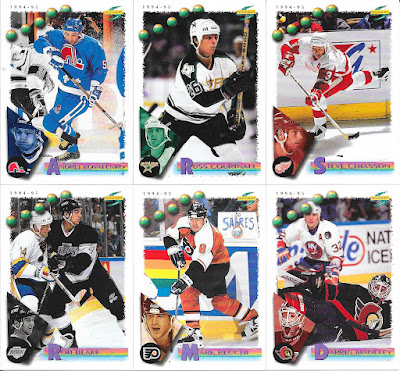 I do miss those Nordiques uniforms though, as much as I may not be all "yay Quebec", I can appreciate the solid uniform design and use of the Fleur De Lis.
Other adds...a couple Leafs... 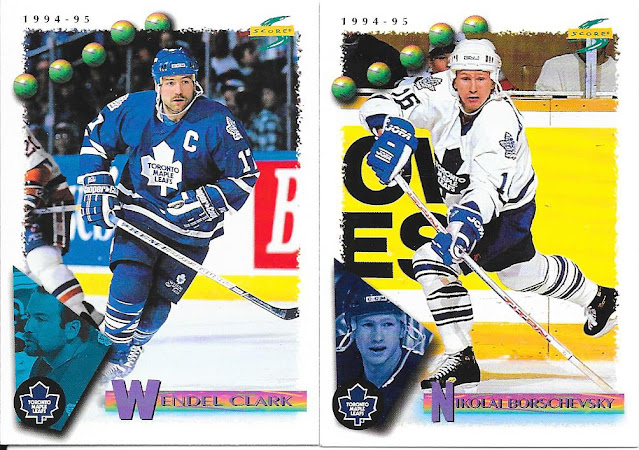 Always love adding a Wendel Clark card to the collection. One of the central items in my collection (ie, in my basement) is a signed picture of both him and Doug Gilmour (and both signatures). May not be a card, but definitely something I love looking up at regularly.
As for the dupes... 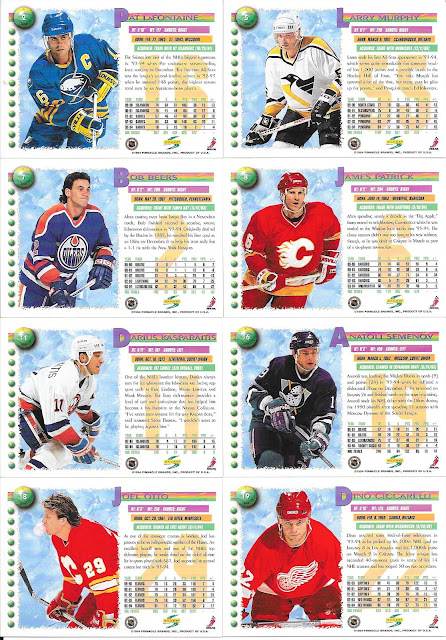 Not a bad design, and the uniform number background is interesting. Wish for full stats, but small complaint there. 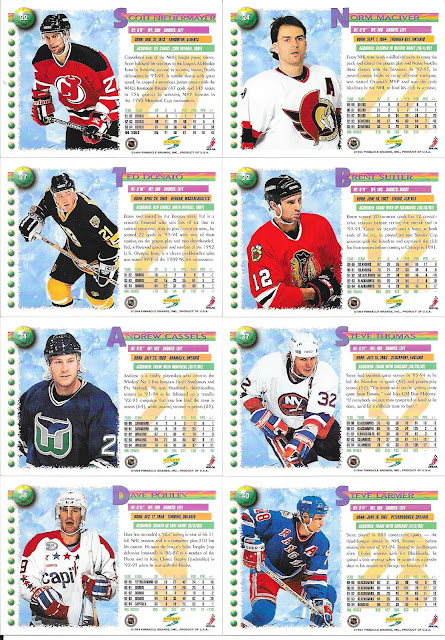 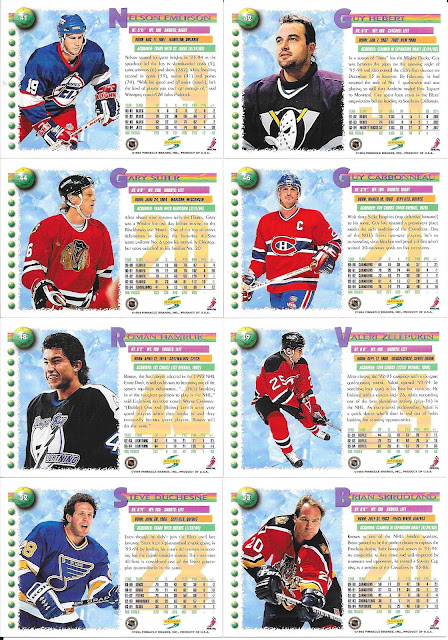 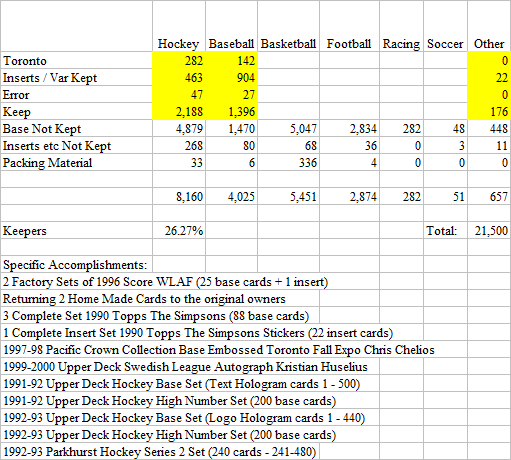 We also recently had a package incoming from AirPete from TCDB. I have done a number of trades with AirPete in the past. Actually, fairly new stats at the site track and show trades - how many you had with certain members, how many cards in trades each year, etc. 2021 is definitely a "down" year for me overall, which makes sense as I haven't done any real "box for box" trades with anyone, but in part because I have been a bit more focused on sorting through what I have amid COVID, than getting rid of cards in trades.
Likely to change a bit in 2022, but we shall see. Anyway, what did I get from AirPete? 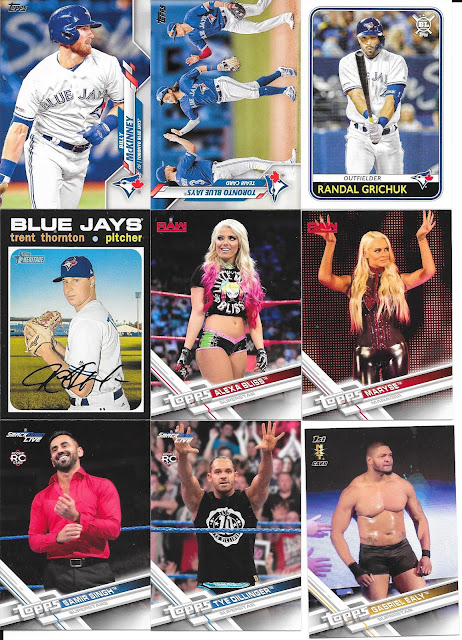 This was mostly about the WWE Roster Update inserts, but the Jays cards are nice additions as well. Wrestling cards aren't nearly as plentiful as the major sports on TCDB, so I will prioritize them a bit in trades, same with Magic cards. Besides, as much as Bo Bichette has nice flowing hair, Alexa Bliss and Maryse have him beat.
Thanks Pete!
Posted by CrazieJoe at 8:00 AM