First up, I ended up with a bit more in the Christmas card area this year. With the whole COVID thing getting revved up again, instead of waiting to get together with my mom and siblings, we just did gift delivery and shared over Skype. I got a couple Magic challenger decks - not sure if I will keep the decks as is, or take them apart, but very neat.

Also got my 2021-22 Timmies card packs (about 30), which my mom is always good about picking up each year so I have some. I am not a coffee drinker so never really go myself when they are out, and don't go the route of buying boxes online because I don't really want to drop $100-$200 on them, so much appreciated and will share those at some point too.

Anyway - on to the lot cards - 1999-2000 Upper Deck was an interesting year. At least to me, and that is a retrospective look. I wasn't collecting at the time, so no idea how it came to be, but in looking back and getting cards these many years later from the year, I wonder what they were doing. 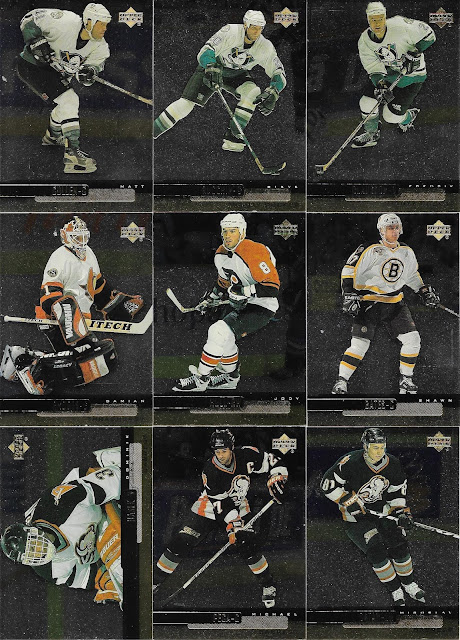 There was the flagship Upper Deck set that year which, looks like these cards except with "normal" blue instead of gold foil, and with no full card effect, just normal photography. 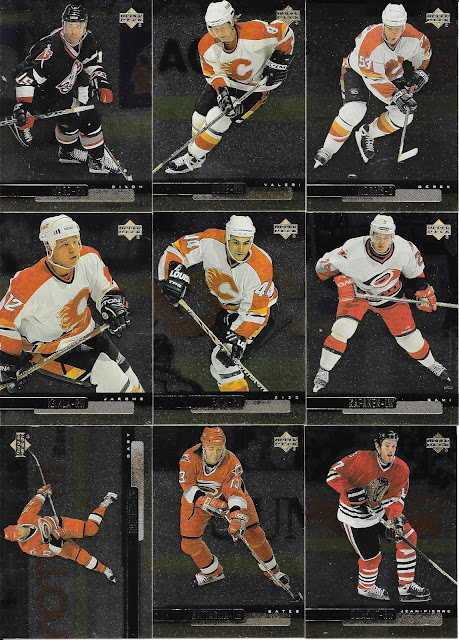 It is unusual in that it really was a base set parallel that ended up getting it's own dull release. It had a couple different hits than the regular flagship, but that's about it. 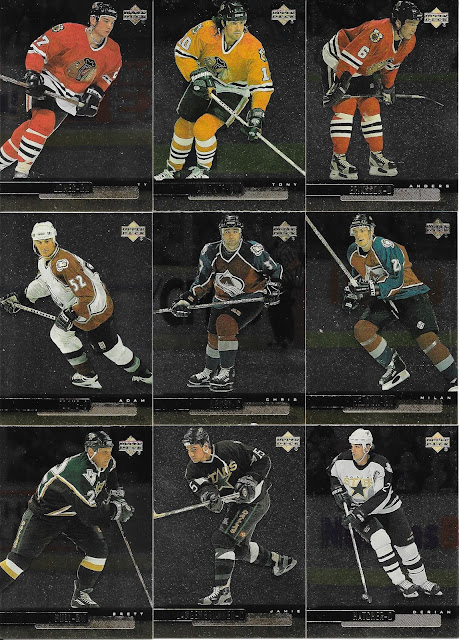 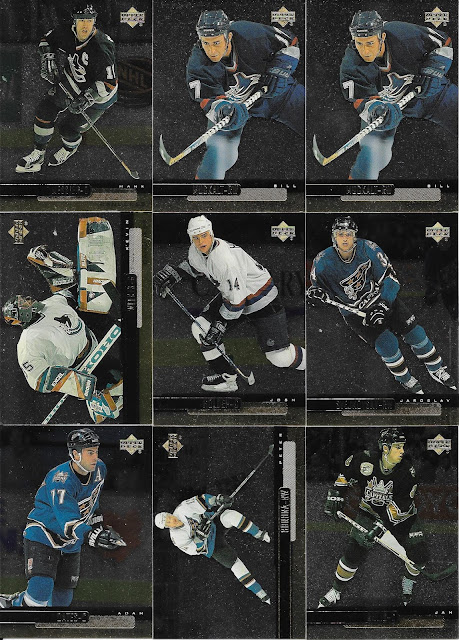 Oops - doubled up on a scan there, only need one copy for my set build. Like the flagship, this was released in two series, again, weird set overall, though the backs were alright. 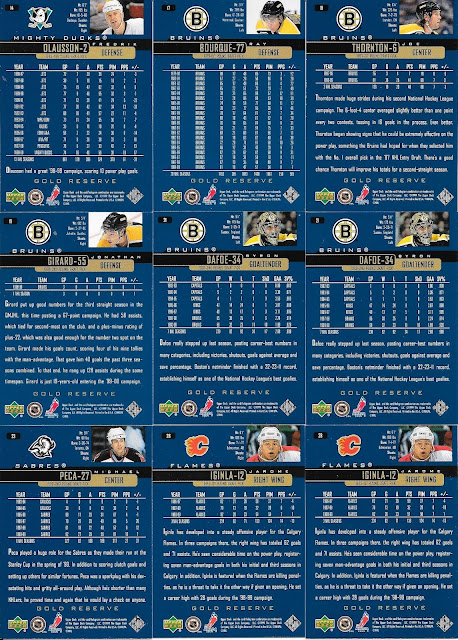 I will always give big points to cards with full year by year stats. Doing write ups where there is space, definitely a thumbs up on that too.
The "gold reserve" marking across the bottom is about the only difference from the normal base set backs set up, so at least they kept that good part with this odd set. 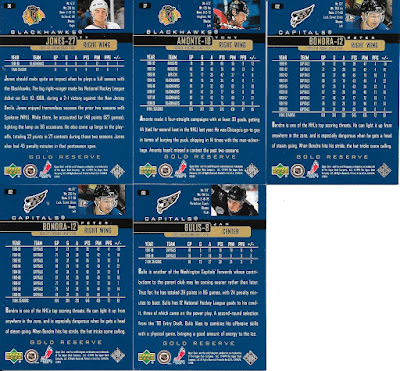 These are all first series release cards. They couldn't even keep the cards the same between the series as the second has "Gold Reserve" on the front, and gold backs. Why not - I mean, the release was weird to begin with I guess. 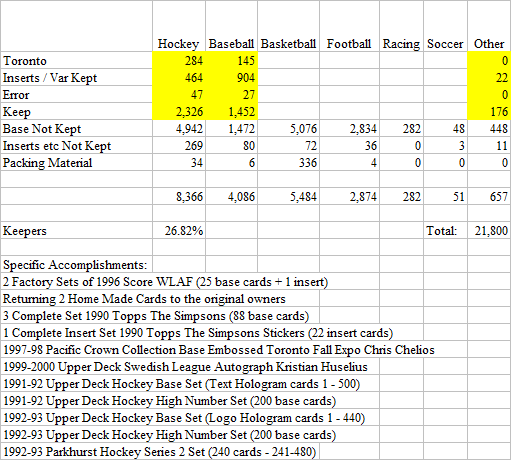