A Quick Bit of Magic

Before getting to another Wrestling related blaster, I wanted to change it up with a couple days of going through one of those 100 Magic card Dollarama packs. As usual, half today and half tomorrow. 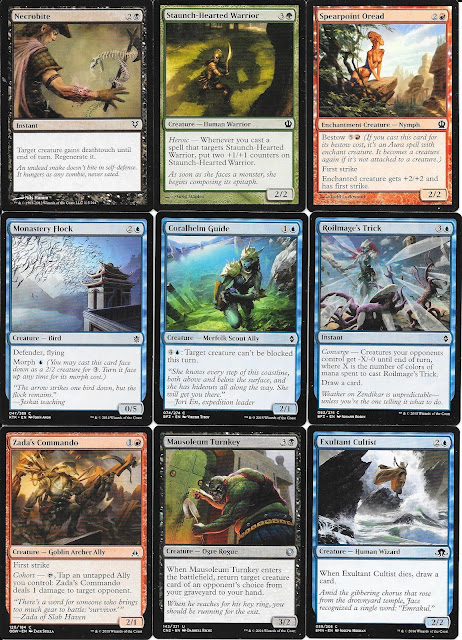 Wow - just three cards pre-2014. A little stingy on the older cards here as there are usually a handful or more, and something pre-2002, but no such luck today. 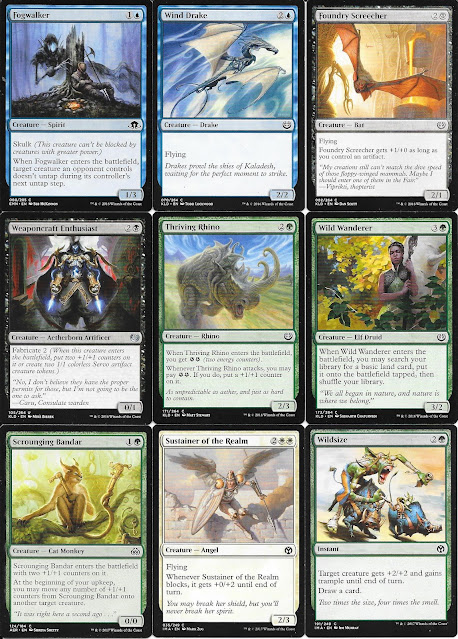 Kaladesh in 2016 is one of the last really great sets. War of the Spark was another solid one a bit later, but Kaladesh has held up really well for a set that is only 6 years old or so (it's the set with the symbol like the card dead centre - the Rhino). 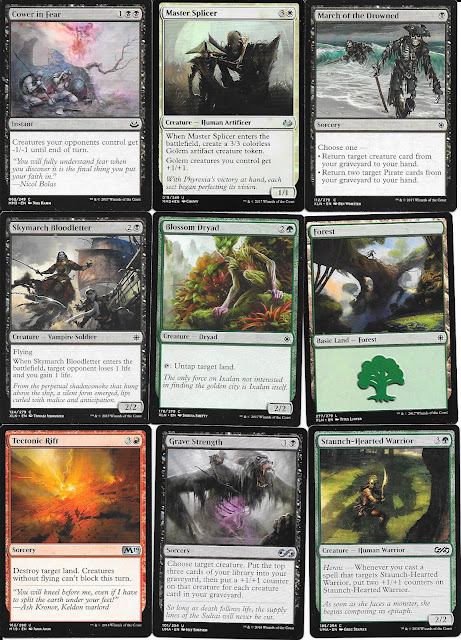 Luckily, don't usually see a basic land, but we do get a single representative here. 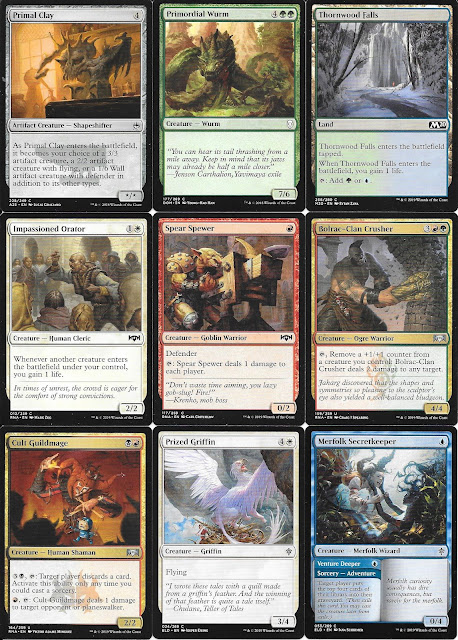 Have pulled my 4 needed for a playset of the Primal Clay, so this artifact isn't needed. 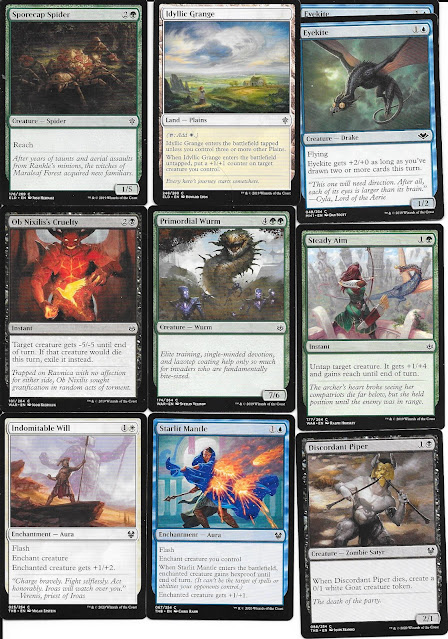 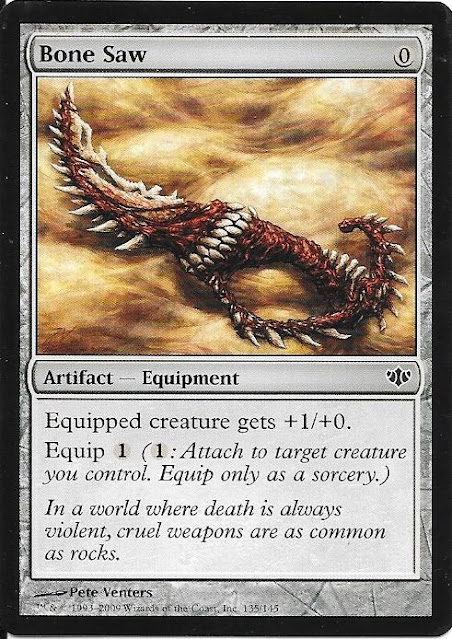 Well, at least we end with one keeper from this half, and it's actually a card I didn't have yet with the Bone Saw. Sure, not having any casting cost is an upside, but this doesn't provide very much benefit overall so not going to see much play.

Well - I am going to assume tomorrow will be the better half as I don't remember ever just having a single card to keep from half of one of these.