Well, it took to the second pack in order to pull a card of the cover boy of 2021 WWE NXT's Topps set. 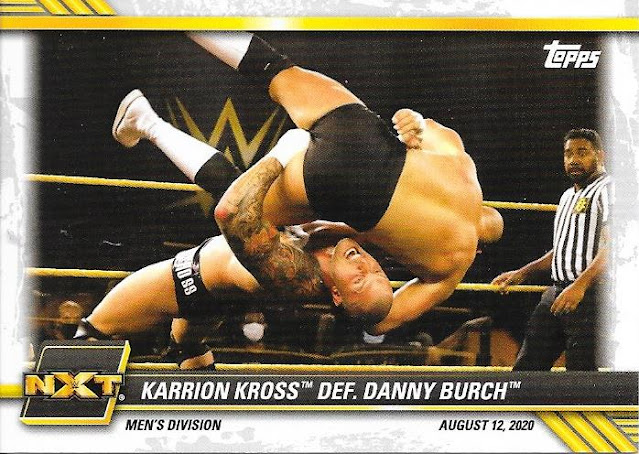 Karrion was a big fish in a little pond in NXT, but didn't transition to the main roster well at all. I hate to blame people, but, whoever wanted to change him, killed it. They just needed to bring him up as is, with Scarlett, and I think he would have been fine on Raw or Smackdown. A shame really. 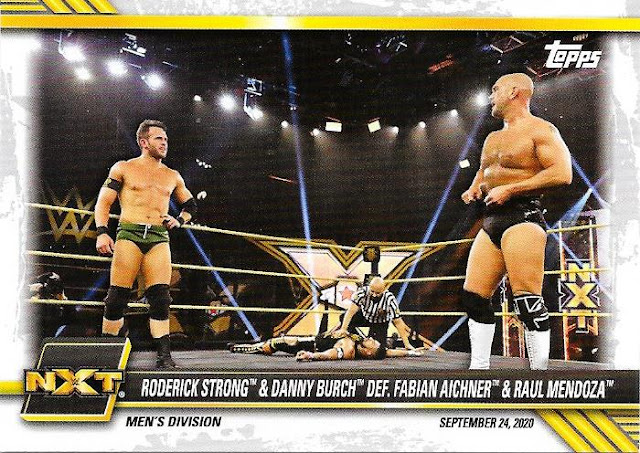 Strong is a great hand, and as much as I didn't like how they just flipped him to Undisputed Era when the group was down a man, it ended up being a really good move for him and his career. 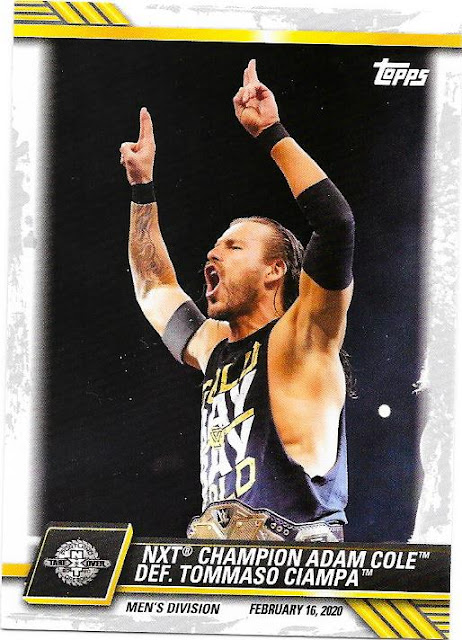 Speaking of Undisputed Era, Adam Cole was amazing in NXT and really had a fab run with the group. I get him going to AEW, and his being there does have me keeping a better eye on the product, so good move on their part, but won't be the same as his NXCT run. That said, I don't know how he would have done going to the main roster. 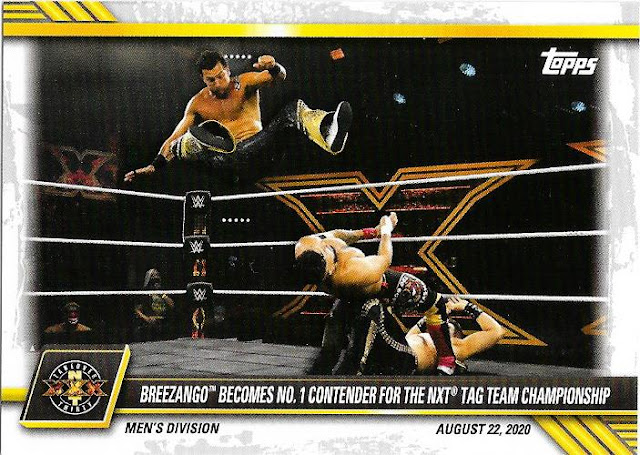 Breezango - another couple guys gone from the company unfortunately. 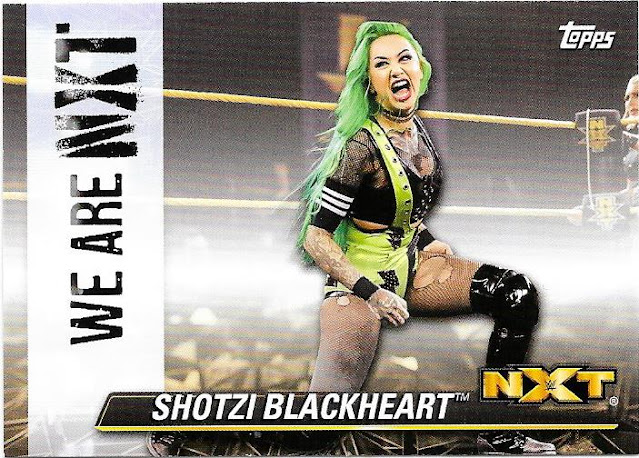 Shotzi has a great look - a bit Paige, a bit Luna Vachon when she wants to be, but she can also tone it down when she wants to. If she can find that "it", that character piece that just clicks with her and the fans, she could be a main eventer in the women's division. 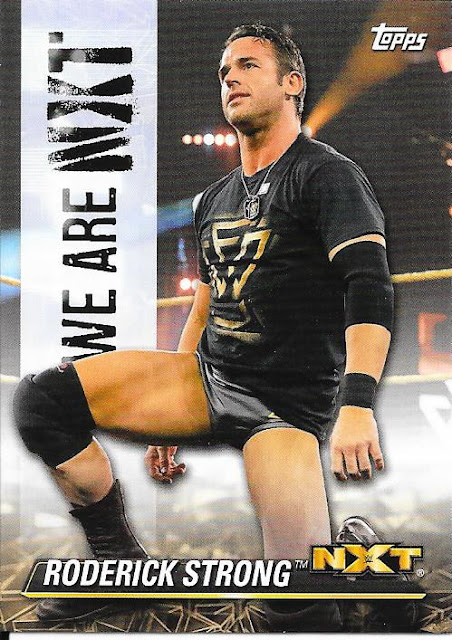 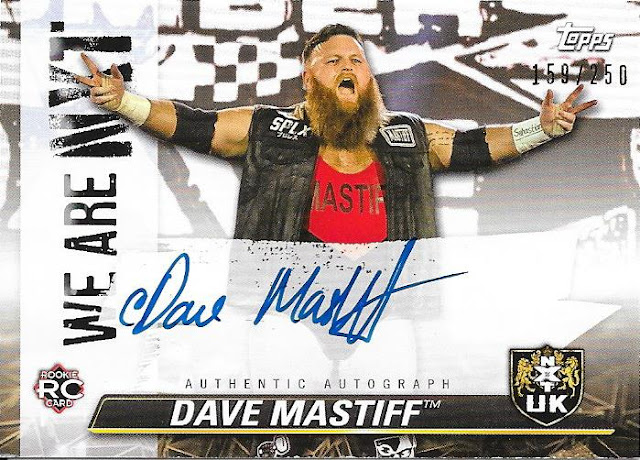 Wow - two for two! Any chance I can get an auto in each pack, instead of just these two? Mastiff is a solid UK guy. Not a name I was necessarily hoping to pull, but can't win them all I guess. Still, very nice penmanship still, so points for that.

Now...with both autos pulled and 15 packs to go....what surprises will still be in store?

Well to end, we have a trade to share with TCDB member doogie_13 and a nice little PWE. 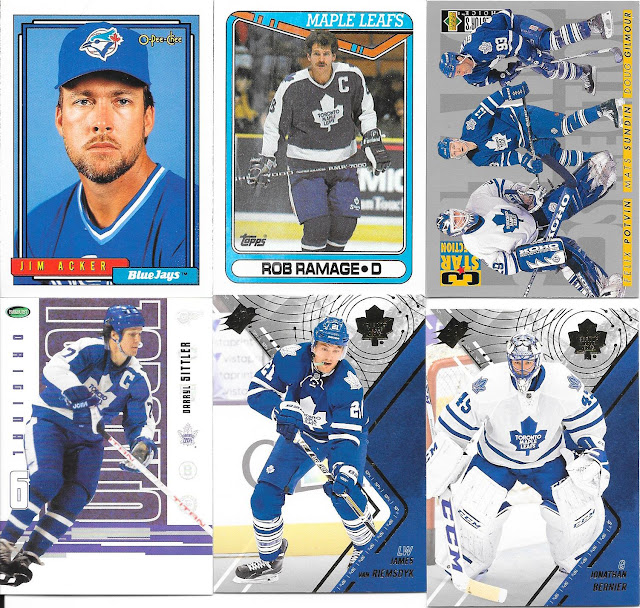 I don't have too many SP cards in my Leaf collection, some, but many sets I don't think I have much in, so like getting those, and the retro Parkhurst set's a nice one too. 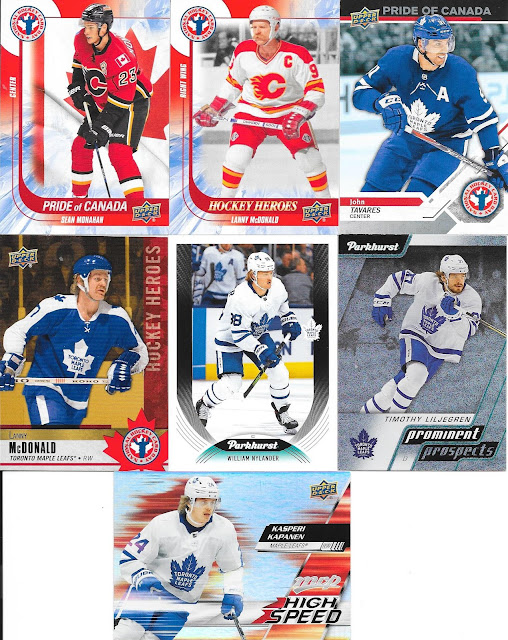 Some newer National Hockey Card Day cards which I always think about when the time comes, but don't really have a close option on where I could pick such packs up.

The Kapanen is a one and done team insert set as the only Leaf in the MVP High Speed insert set. Not a bad newer card, and fair MVP look to it.

Appreciate the trade, especially at this time of year!