SO today we start a hobby box I splurged on during Christmas sales. 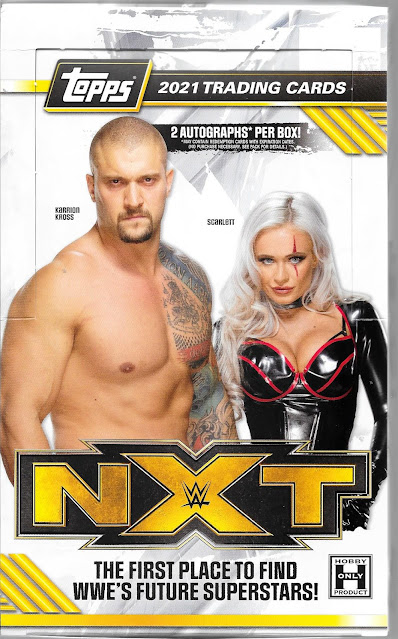 Though it was released just this past August, Kross and Scarlett were gone from the company not long after. Actually, there have been a number of "cost cutting" or COVID related releases since this product was put together, so a number of the stars here are likely not to be with the company, or not be with NXT anymore given the whole NXT 2.0 rebranding. 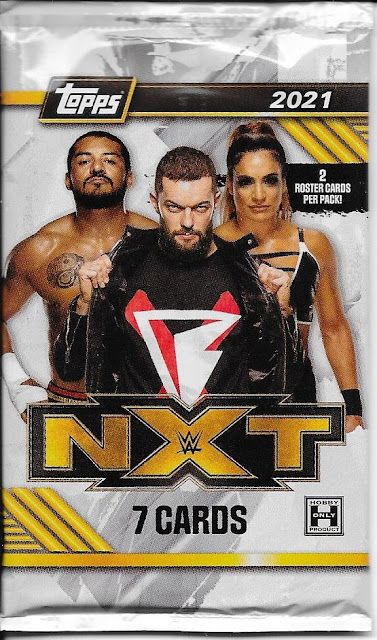 A bit annoyed going in as, with the numbers, you get at most 5 base cards per pack, so can get 90 of the 100 base cards, so no chance at a complete base set anyway, and I am still pulling a pack aside for my unopened pack collection - Finn stars here. 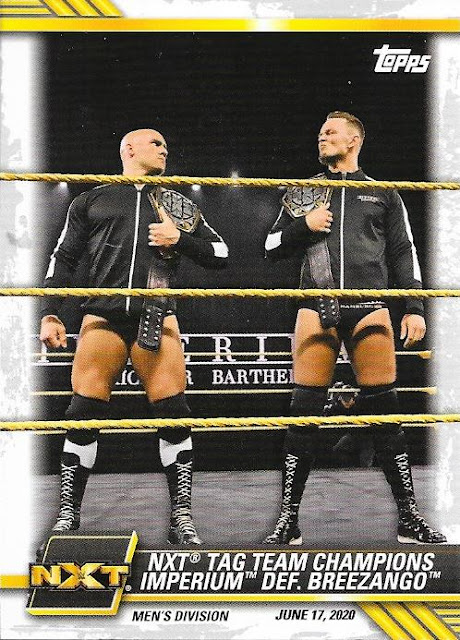 Imperium was the UK group de jure and had a great run in supporting WALTER....er....Gunther now in NXT, or whatever you want to call him. 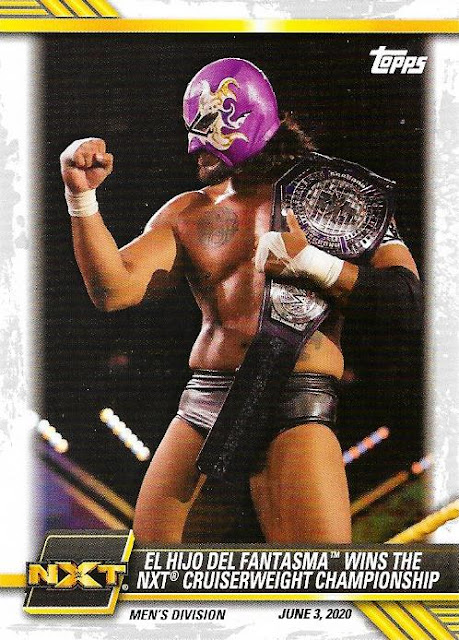 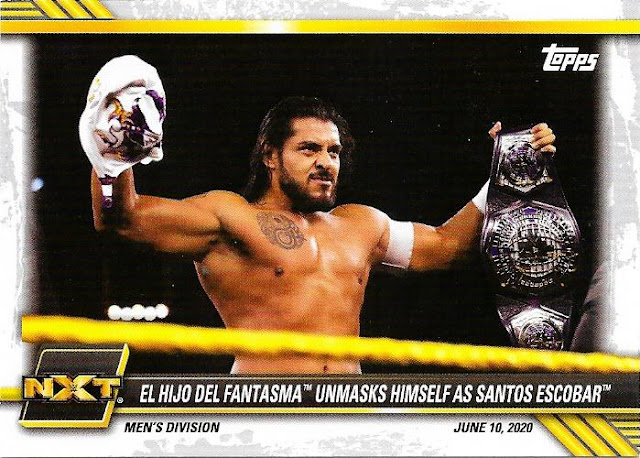 A double shot of Fantasma and his Cruiserweight run. 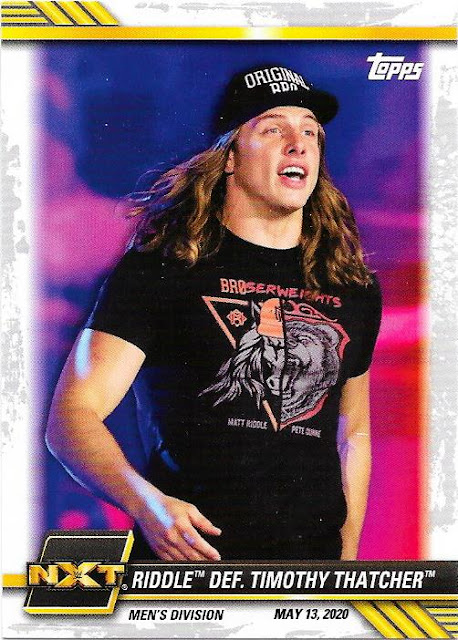 Base cards end with Riddle who was up to the main roster just weeks after this and has been finding his place, especially with a good RK-Bro run. 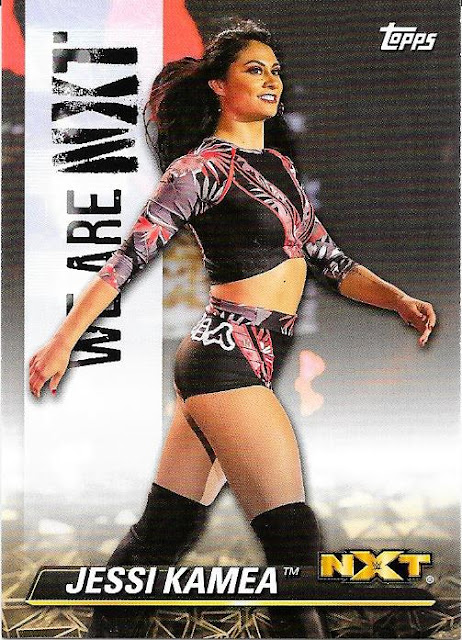 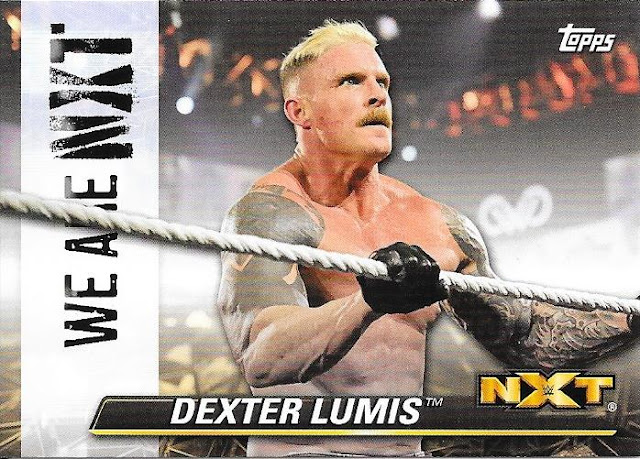 Each pack has two of these We Are NXT insert set cards which act as roster cards. I like them, but there are 62 in all, so won't be getting all of these either.
Last up... 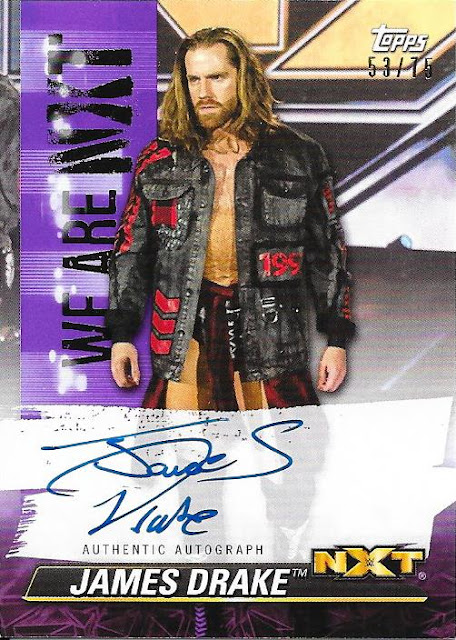 Well, the box guarantees 2 autographs a box, and here's one. That's a really nice on card signature. James has had a good run in the Grizzled Young Veterans tag team, and happy this isn't even just the base auto, but the purple parallel - extra cool.

Now to see if the rest are nearly as good...but first...a trade!

Amagee - first time trade partner on TCDB was kind enough to trade the following to me... 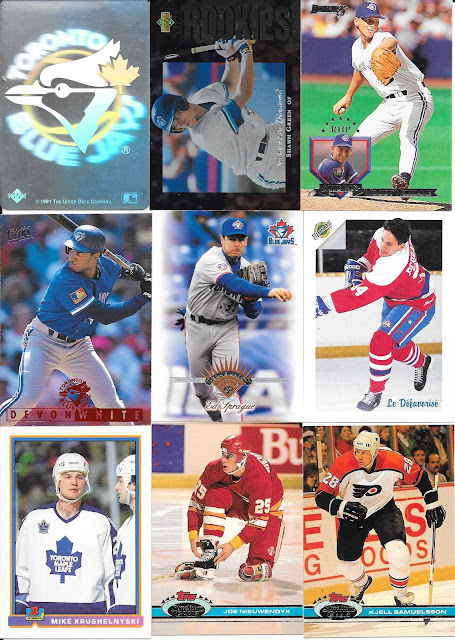 Love logo cards - even holograms - and have a majority of the 1991 Upper Deck ones, so needed a second Toronto one in case I get a whole set of them.
The electric diamond Shawn Green is nice too. I use to not have any Electric parallel cards - I now have half a dozen in this set alone, all thanks to an awesome bunch of trading peoples on the interwebs!
The other interesting take away - I didn't realize there was a French version of the 1991 Ultimate Draft set until I got this Yanic. I was better off not knowing that. 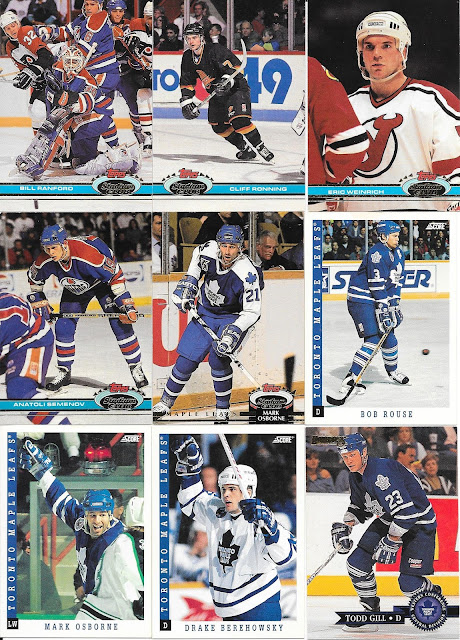 The Stadium Club hockey cards get my set down to under 15 cards left, so getting close.
The 1993-92 Score cards give me reason to make a public service announcement. Please watch for language on cards. I mean, Canadian hockey cards of the time, were bilingual, whereas American cards were just English. It's easy looking at the fronts, to not know which it is, and if you don't know, you may not even look at the back. These were supposed to be American versions but wore of the Canadian variety. Does it bother me here? Not at all - happy with either, just took me a minute to rearrange things on TCDB. 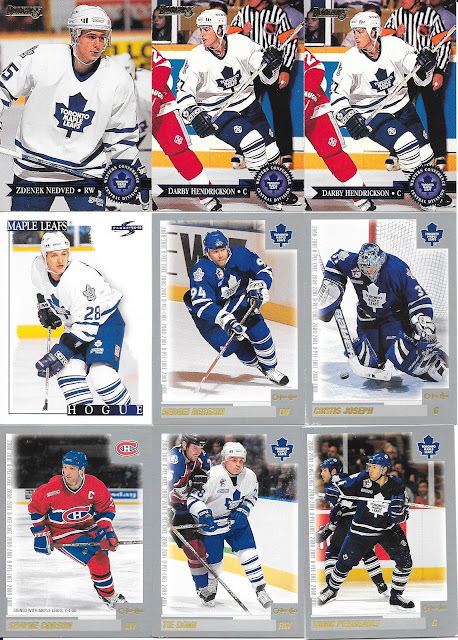 I hate when a somewhat Montreal card finds a way to sneak into my Toronto collection. Silly "signed with"....boo! 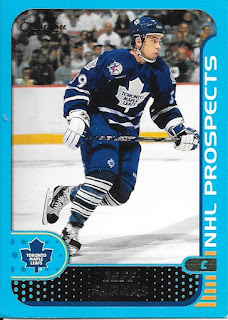 We end the bunch in a Frakas!