Jeff seems to have presented me with a number of early 2000s cards, which is great as for myself, and I think many others who collect, that was a time many had stepped away from collecting, and many have holes in their collections, so cool to see them, and good trade fodder. Today does offer a few cards for me to keep... Here we get a few more 2002-03 McDOnalds card keepers including another Salt Lake Gold card. The Detroit red and white blends well of course with the Canadian flag background.
We also have an O Pee Chee checklist insert card for keeps.
Somewhat glad to only have a few keepers in one of these as it gives more for trading purposes! 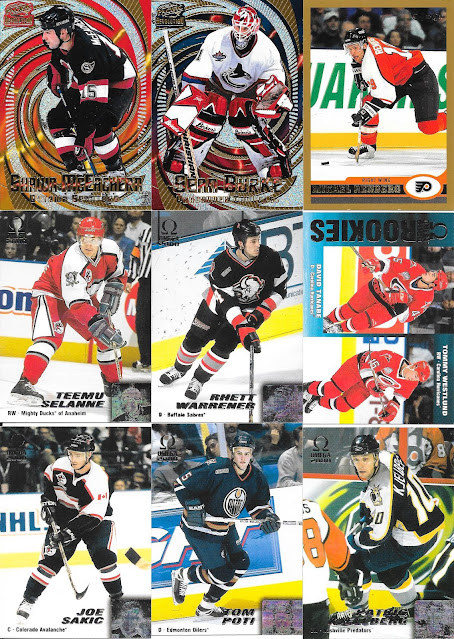 Those Revolution cards, though all kinds of crazy late 90s background mess, do pop when scanned.
Some solid names for trade with Selanne and Sakic with the Omega cards from 1999-00. 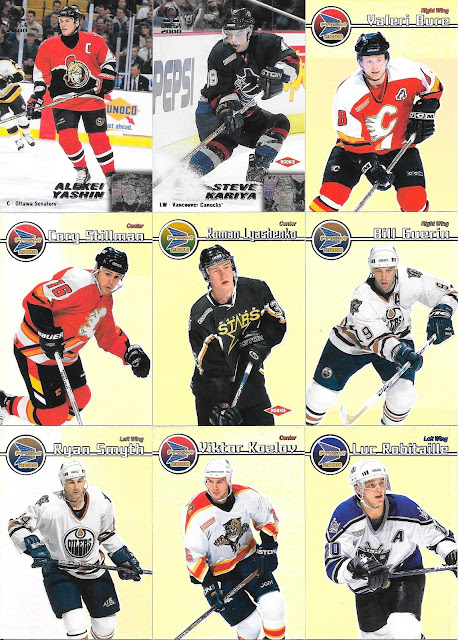 Lots of shiny in the 1999-2000 Pacific Prism cards. Too plain even if the fronts are shiny, for me to get behind. 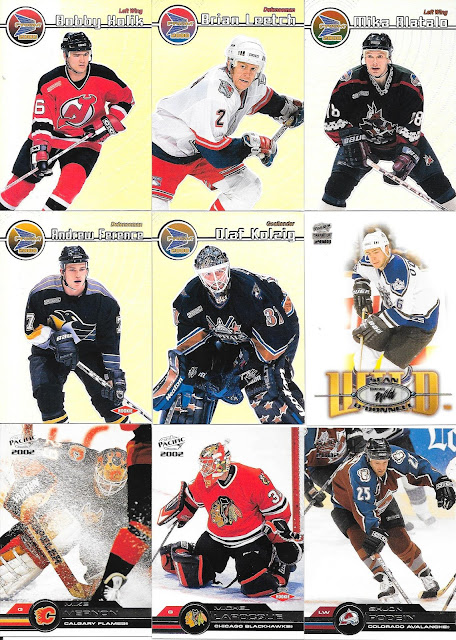 How can you not love that Mike Vernon card? I mean, what a great shot of the snow job on Mike, great plume of snow sprayed up, and great shot for the card. Wonderful, almost enough to want to collect the set as a whole. 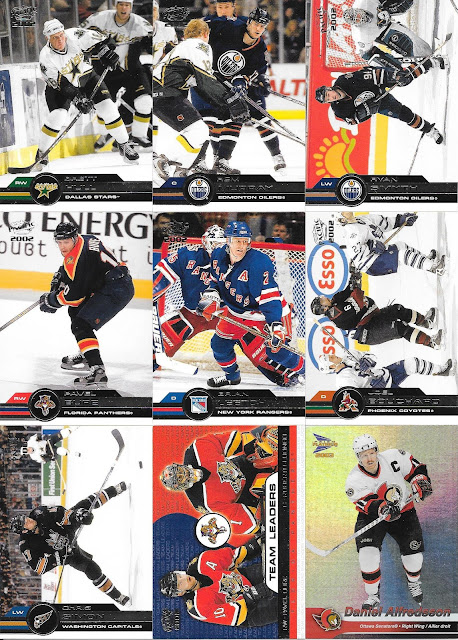 A bunch more 2001-02 Pacific, including a team leader subset card for FLorida. 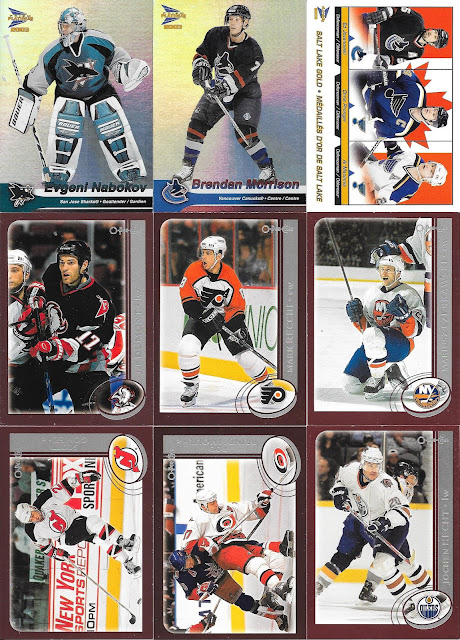 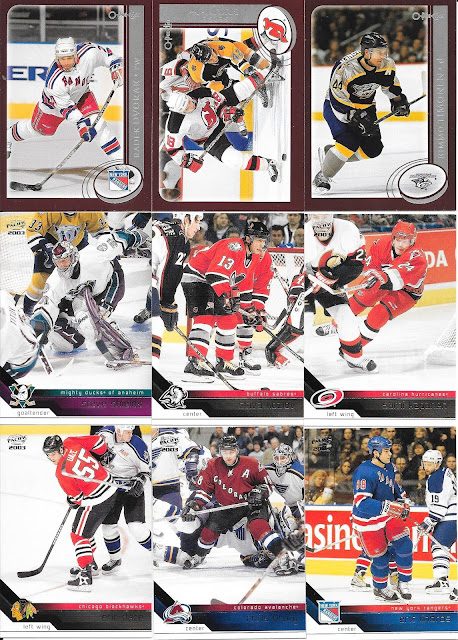 A bunch more Pacific with a dabbling of burgundy bordered O Pee Chee from 2002-03. 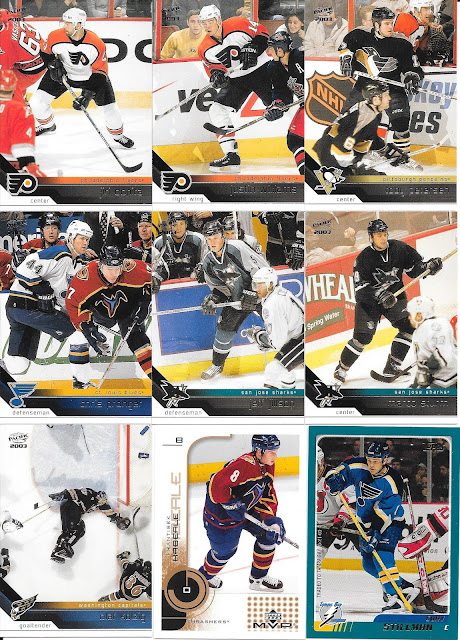 We end with another great goalies action photo with Kolzig sprawled out and the overhead shot which should be used more often with goalies, but just fantastic here. Again, not a set I plan to collect, but such cards do make it a passing thought.

Before we wrap today...I finally go to scanning the rest of the Magic artifact cards I picked up from 401games, so get ready for a bunch of scans! 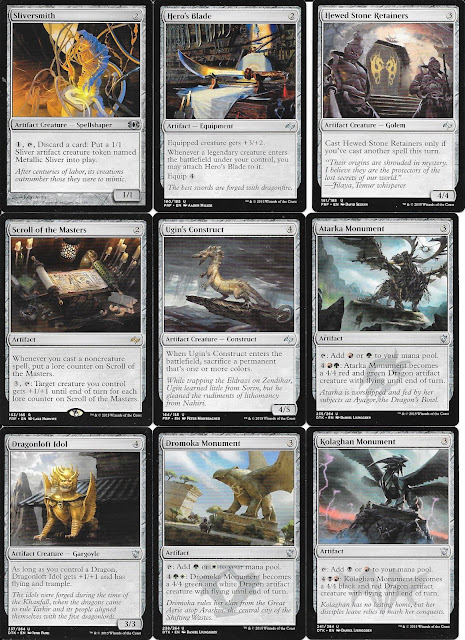 The Hewed Stone Retainers is a solid card - sure you have to cast another spell first, but 3 for a 4/4/ is still a solid card. 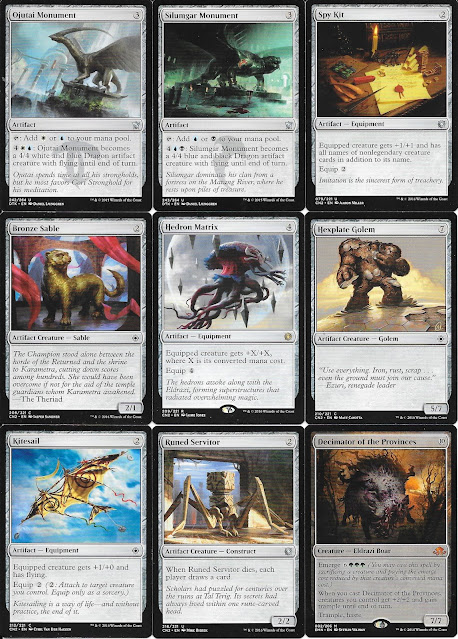 Hedron Matrix would be better with a lower mana or equip cost. We then get into some Eldrazi cards I didn't have. 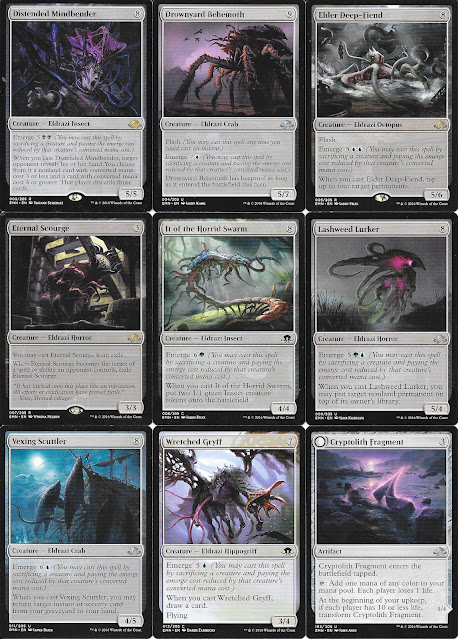 Do like the general big baddie-ness of the Eldrazi cards. 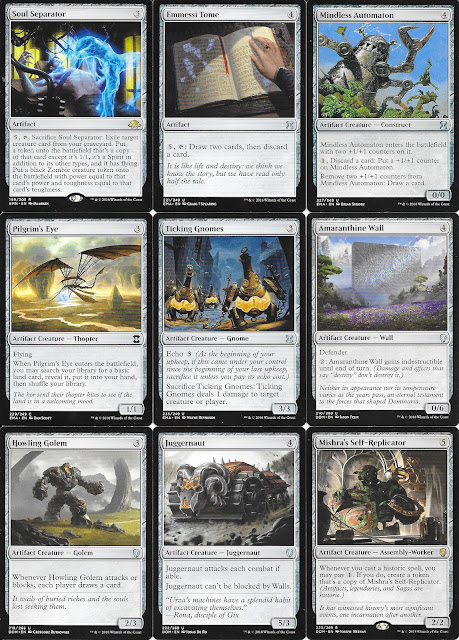 A couple interesting cards here too as the Mindless Automaton can be built up quickly given the ability to put more counters on it. Also, Walls don't get much love, but they can still be useful. 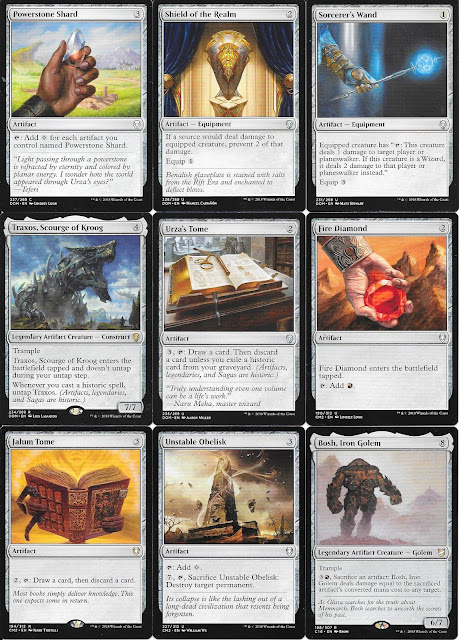 Taxon may generally not be that great, but a 7/7 for 4 mana when you play an artifact deck is doable. I should just make a big deck of big creatures that would probably be too slow to be any good, but Scuttling Doom Engine could be in such a deck. 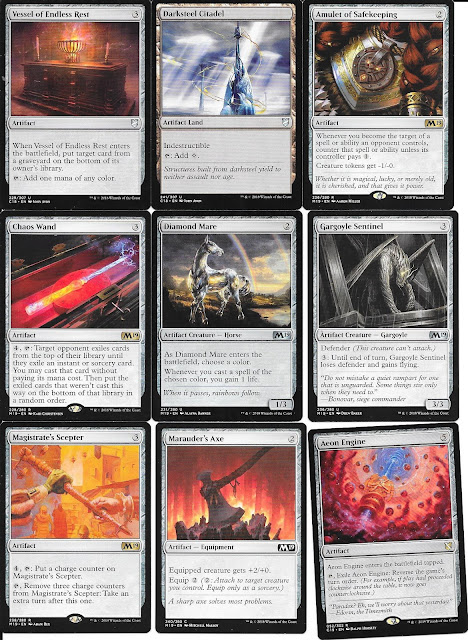 There aren't that many lands which are basic colourless mana. THere is wastelands, but the Citadel is about as close as you can otherwise get. 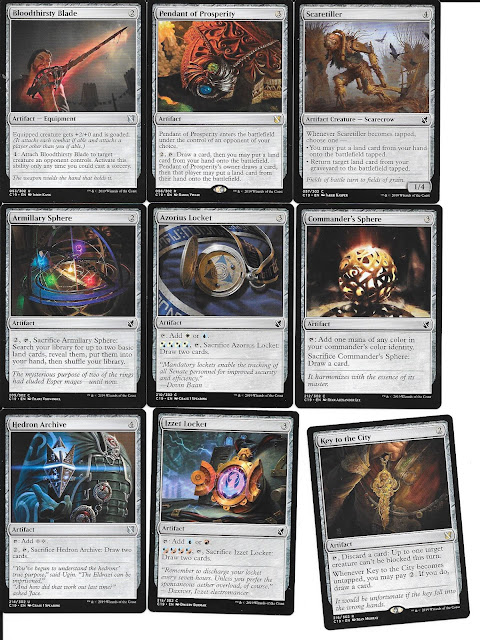 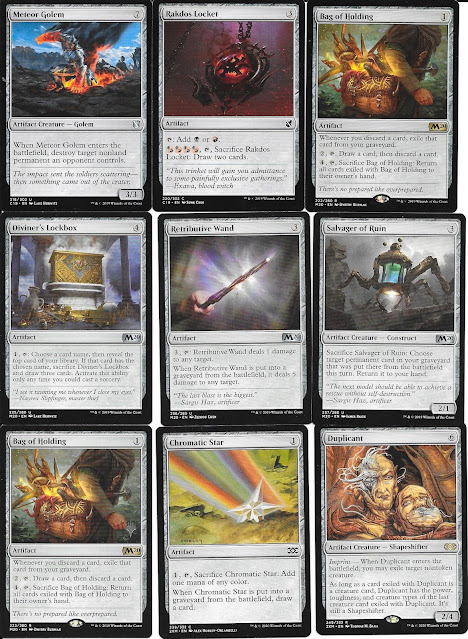 The Bag of Holding bottom left is a promo card which you can tell by the foil logo bottom right on the picture. 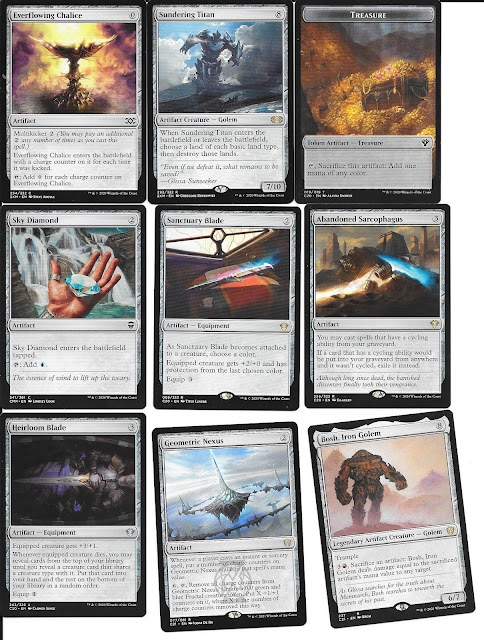 So many scans, some of the cards tried to run away! 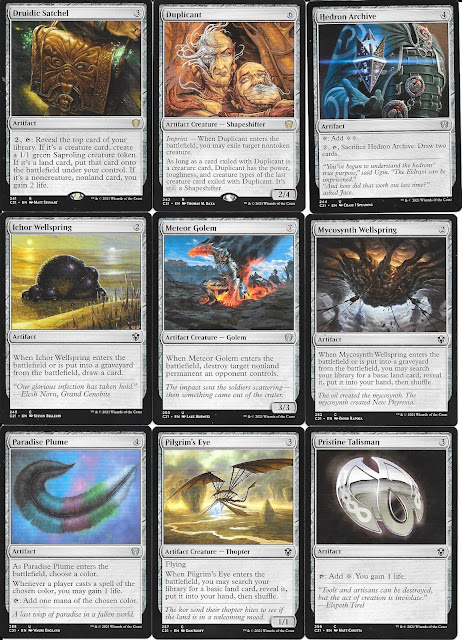 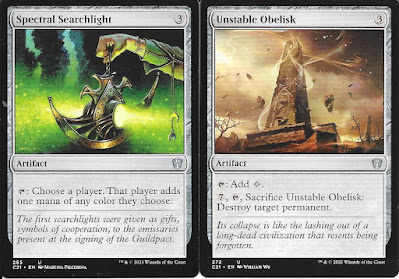 Phew! Another about 100 new to me artifacts for the collection makes for an awesome day. I think part of getting so many was that 401games' inventory was definitely replenished a bit so I assume they had some fairly big Magic lot buys from people with somewhat older cards. All good for me!