Grabbed a team bag from Jeff's pile for today, and plenty of McD and Player's Club cards, including a number I'll keep, so let's take a peek. 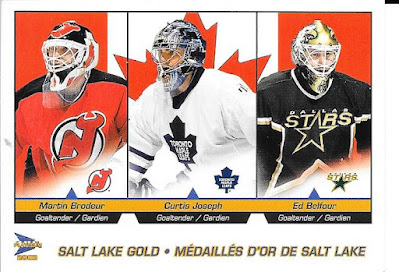 2002-03 Pacific McDonald's Checklist insert card here. I have one, so it's a second, but keeper for being a Toronto Maple Leaf card with Cujo, but would also be an insert. 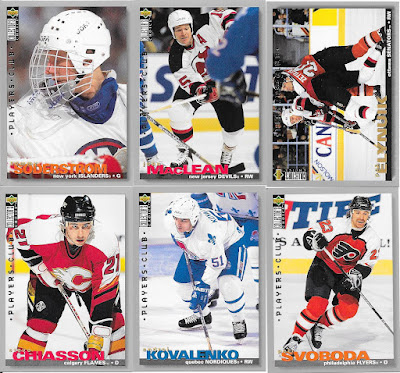 We then get into a good number of Player's Club parallels from 1995-96 Upper Deck Collector's Club set. I have about 20 or so of these going in, which many came from prior cards from Jeff. Definitely keepers for me given the parallel nature of the cards, and love having them. No Leafs, but that's okay. 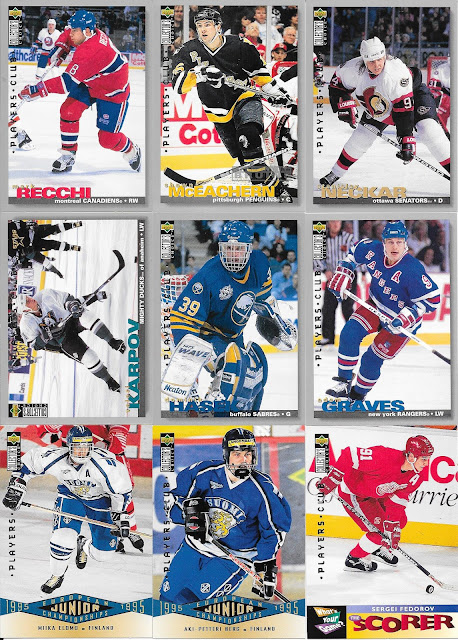 I mean, Hasek is a great get, and Fedorov too! 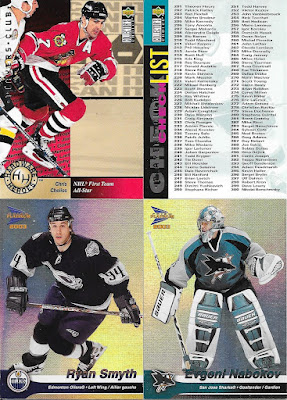 I get with the parallels being for the entire set, but don't really see the benefit of the checklist and the stamp being literally on top of the writing, but who am I to say.
We then get som other 21002-03 McDonald additions as that year, I am less than half way on the base set.
Also need to highlight the cards available for trade if anyone has unwanted Bruins... 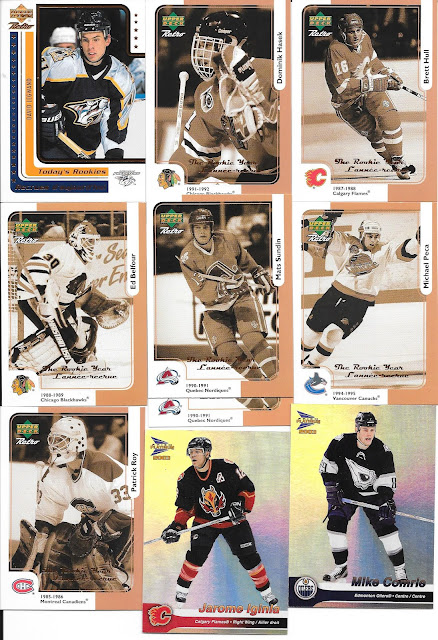 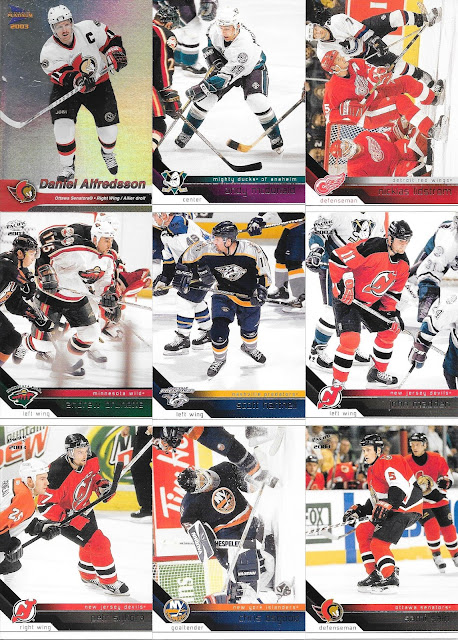 We also get the contents of what may have been a full pack of 2002-03 Pacific cards. 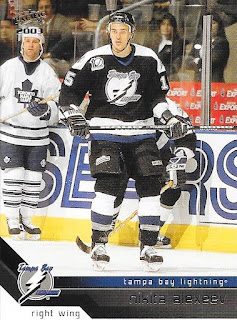