We are about half way through the cards that Jeff had provided to me back in December, and today we have a couple different items. 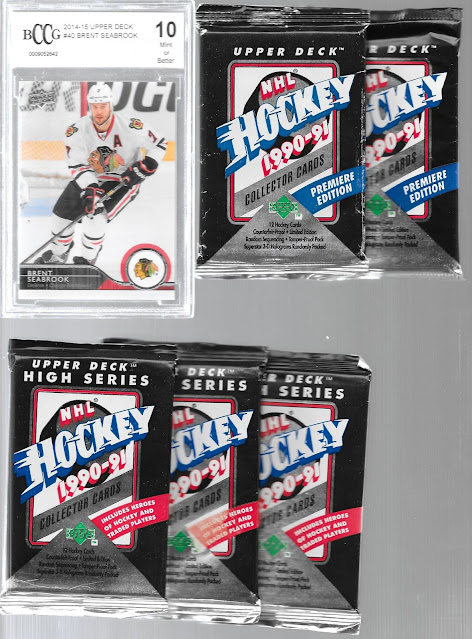 My best guess is that the graded card came out of one of those repack boxes which provide unopened packs and a graded card - but just a guess. As for the Upper Deck packs, I don't need any to stay unopened, so cracked them - as I believe most everyone has seen 1990-91 Upper Deck hockey, and will share the keepers. 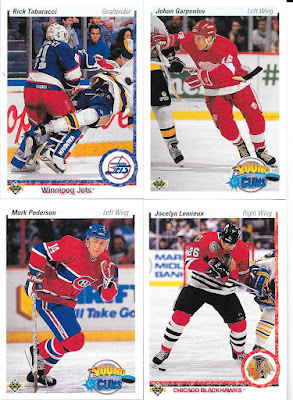 Four additions to the set build. I don't care about the holograms as there are multiple holograms, at least for building the set, and I am getting close - have to check exactly how many are still needed - so happy with these.

A bit surprised that, given the 5 packs and 12 cards per, I only ended up with a single Leaf keeper, but it is one more than I had before opening the packs. Prefer the Rielly card though as it is absolutely new to my Leaf collection. 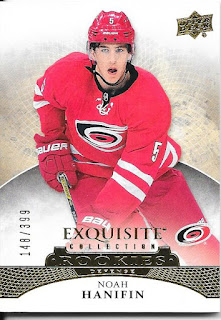 Though there will be plenty of MVP cards to follow, this is the MVP card in the bunch today. With 7 seasons split between Carolina and Calgary, Noah has had a solid start to his career, and these thick rookie cards are really nice. Doesn't hurt that it is SN'd as well. 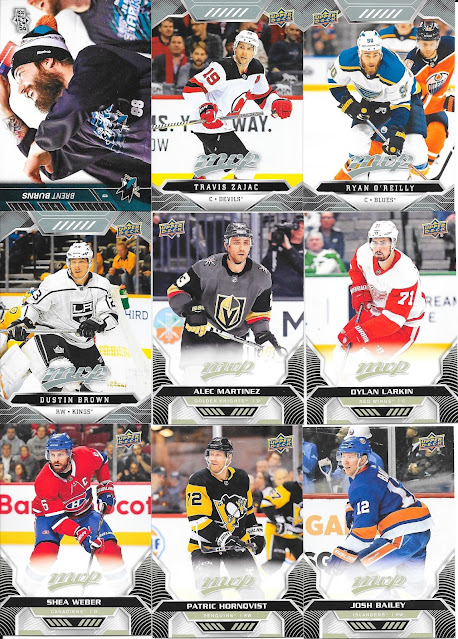 As for the rest, MVP sets are low end products, but I like them. I am not yet at the point of collecting these ones as they are newer, and I don't have anything to start with, unless I start with these, but with so many other sets I am on the go with backburner building, not a real rush to add more. So, for now, will see about trading these into Bruins. 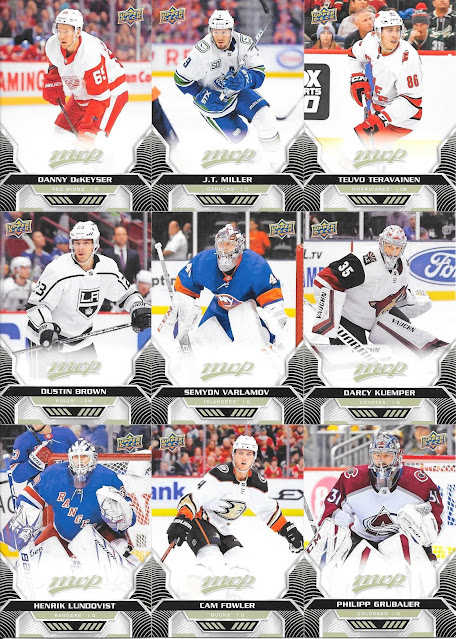 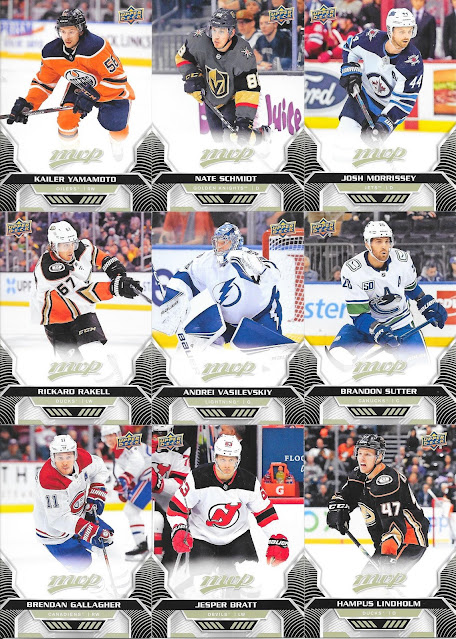 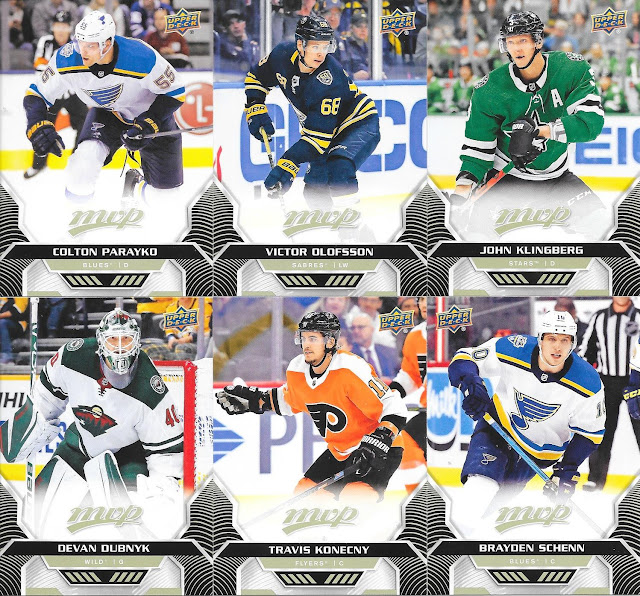 Not a bad bunch - am guessing these may be the base cards from a jumbo pack, but haven't checked to see if the numbers work for that - save the inserts which I expect Jeff would have kept.