Another baggie of cards from Jeff Scott, and a lot of silver in one form or another to look at. 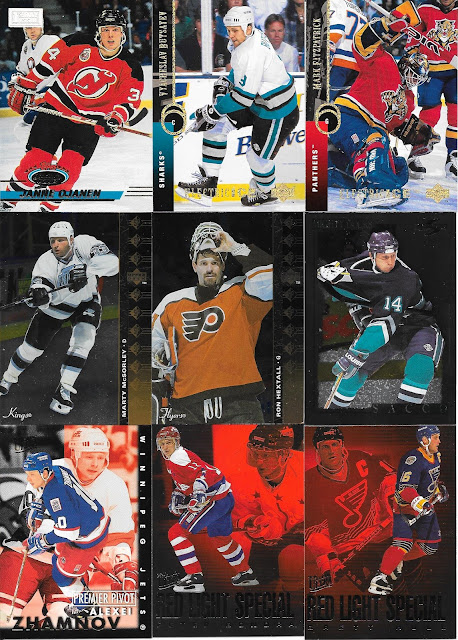 A nice bunch of parallels and inserts including the first 1st Day parallel I've got for 1993-94 Stadium Blub, and a couple Electric Ice parallels as well.
The SP inserts have a silver shine / chrome front, as does the 1995-96 Score "Chrome" parallel.
A few different 1995-96 Ultra insert sets represented in the cards as well - a Paramount Pivot, some Red Light Special and... 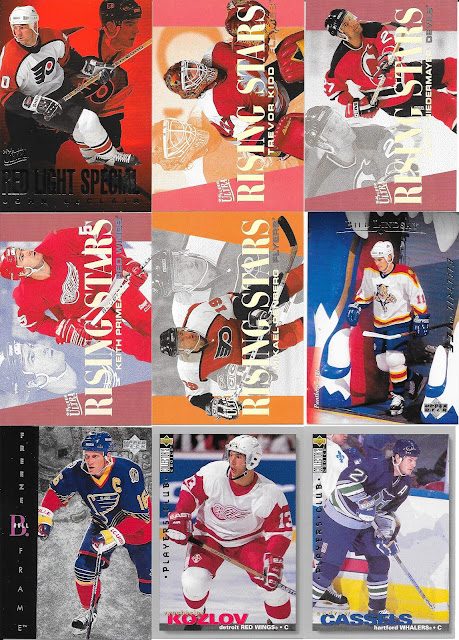 A number of Rising Star inserts as well. None of these really overwhelm me as great designs - they are fine, and suit the names, but scream 90s design. Great names and players though.
Even the Freeze Frame Brett Hull has a nice silvery design akin to Black Diamond, and then we get into the Collector's Choice Players Club additions, and their silver border. 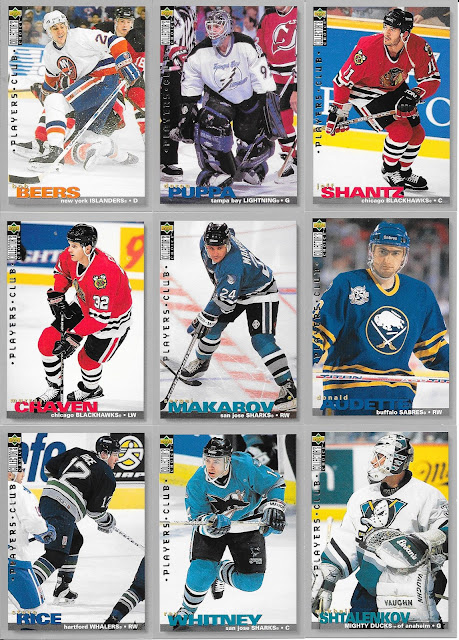 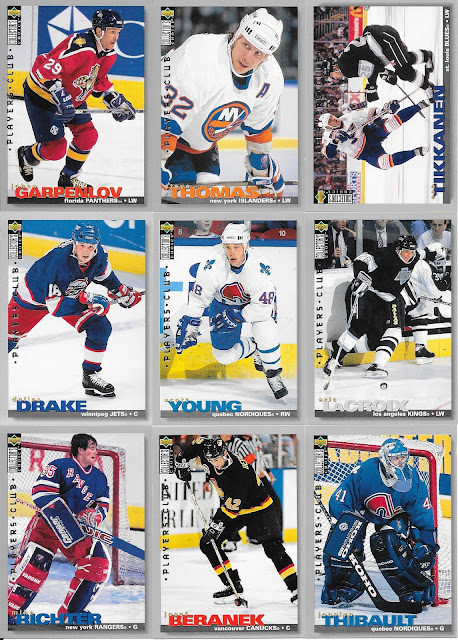 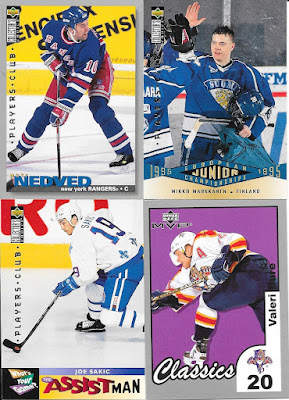 Awesome bunch of keepers - and still a number of cards from Jeff that don't fit my collection, but I can hopefully turn around the ones below for Jeff...

Though the cards may be from the early 90s, the stars usually still find a home. 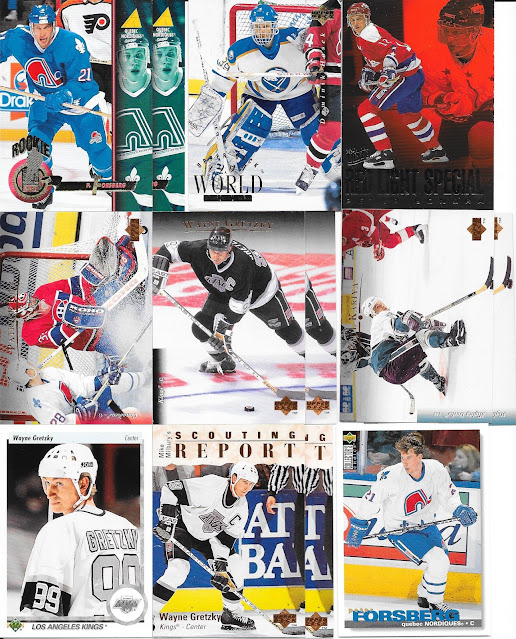 Wayne's the same - another name that, doesn't really matter the card, definitely collectible to many a collector. 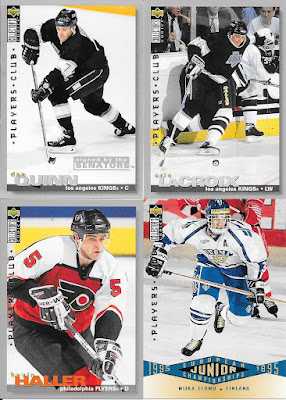 As I say, another great bunch of cards from Jeff - thank you!

Also, had a few more minutes the other day to scan some more of the artifact cards I picked up from 401games, so let's take a look through those too... 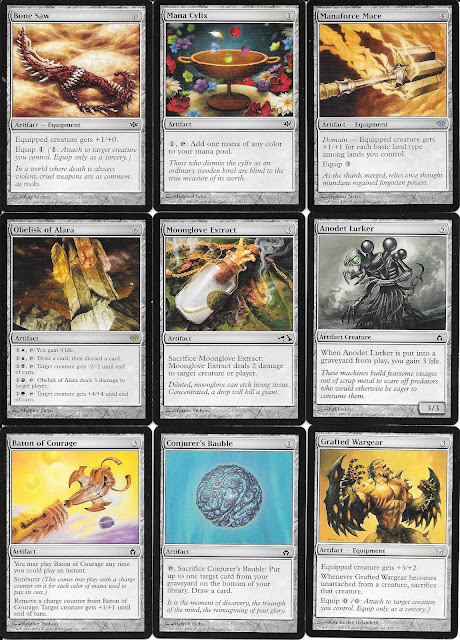 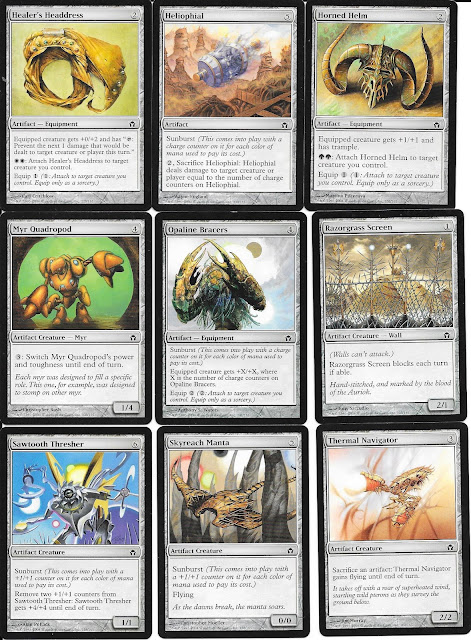 Been a while since I've seen an artifact wall, but here you go. A small and sad wall at that - one mana for a 2/1. 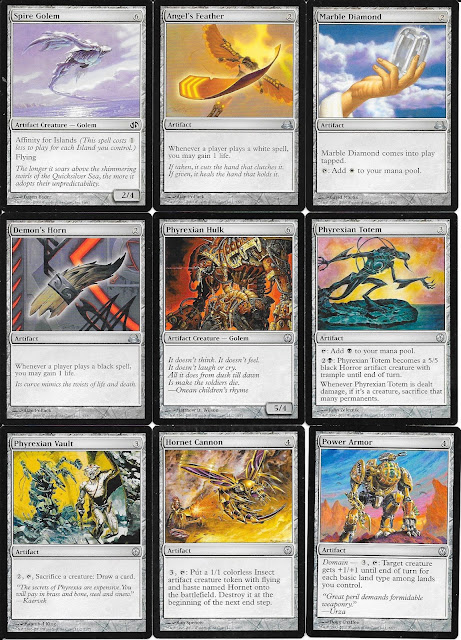 I always like to point out good flavour text, and I'd remiss if I didn't point out Phyrexian Hulk - a good chuckle. 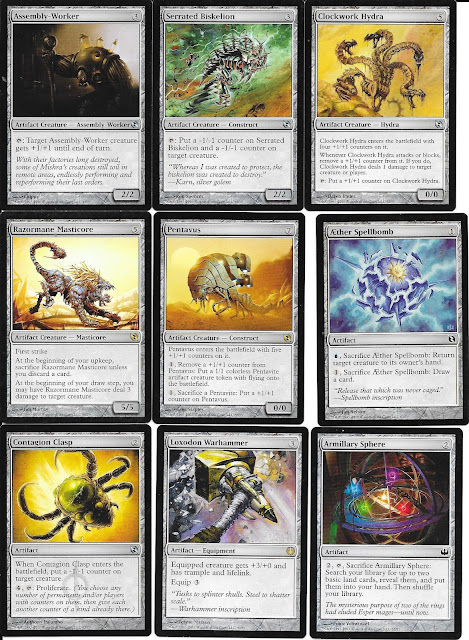 I don't recall seeing Clockwork Hydra before, but the mechanic is old school. One of my favourites from the days of Revised in 1994 - Clockwork cards that are all about the counters. There are a number of such creatures now. 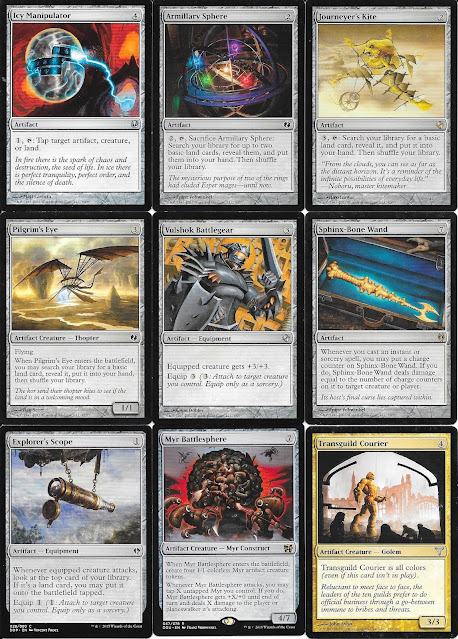 Not a fan of the gold bordering, but the card fits my definition regardless, so here we have it I guess. 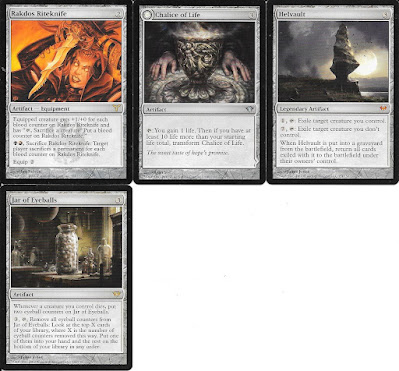