I should know by now - just buy the cards you want, it's cheaper than buy (re)packs. It's still fun opening the packs, but with only two cards I am keeping from the cards here today, just hits home a bit, that maybe I shouldn't buy these Dollarama repacks anymore. Or at least for a while until the make up is different, but I suspect these are going to be gone or you get less for the same price given card markets recently.

Anyway, I would probably be better of buying cards from 401games for exactly what I want, but still - let's see what we get. 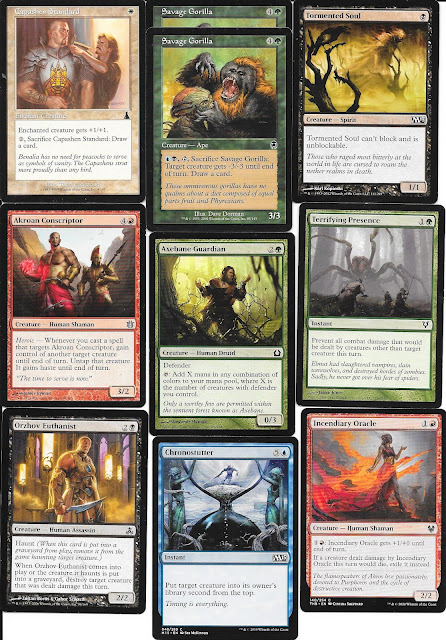 Nice to reach back and get one card pre-2000 with the Urza's Destiny Capashen Standard. 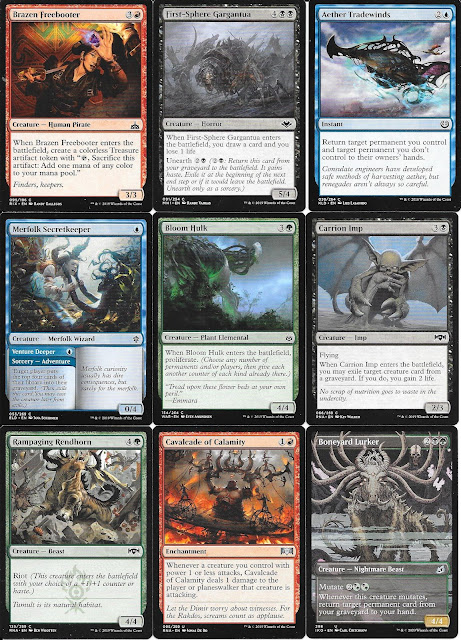 Interesting to see a showcase are card in the repack (the last card - bottom right - in the above). Just a way for Wizards of the Coast to pinch a bit more money out of collectors by having more "rare" cards. 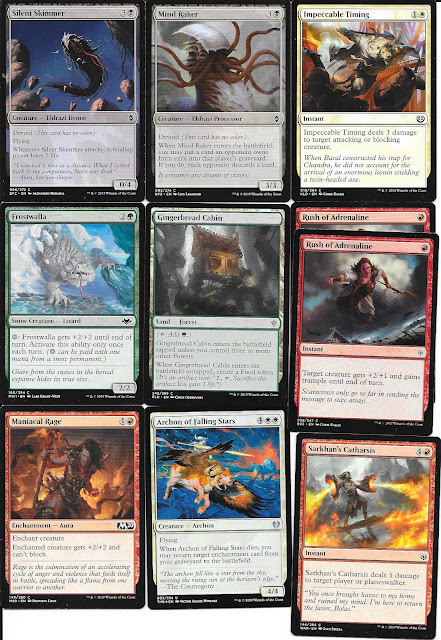 No luck on the Eldrazi card fitting my needs... 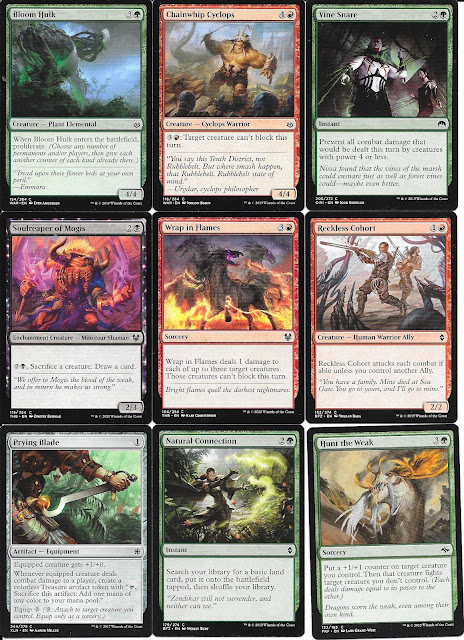 Another Prying Blade as there was one in the first half, which gives me three altogether, so all good there. 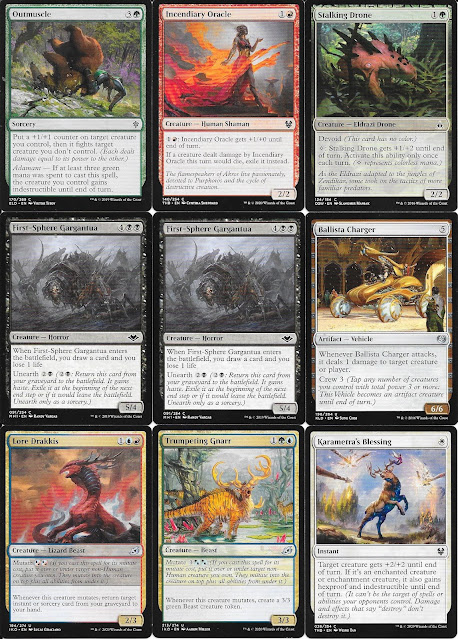 and a second keeper with the Ballista Charger

Definitely not as good as yesterday, and a bit too repetitive on some of the cards being similar on both sides, but they do at least warn you such can happen. Hopefully some of the packs I still have are a bit better, but at least I got two keepers today, better than none!