When Jeff provides cards, he goes all out. Even many of the base cards are excellent. 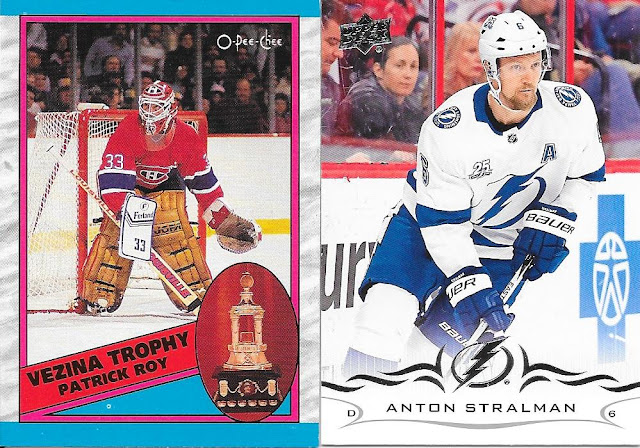 Two such base cards are keepers today - and as much as I am not a Roy fan, this is a good pick up for the O Pee Chee set slow build I have going on. 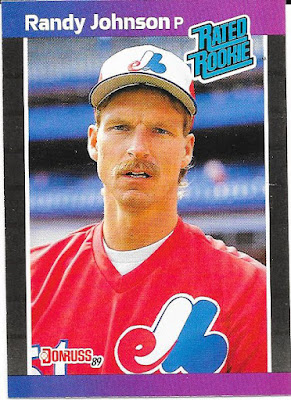 A Randy Johnson rookie (the Donruss is an uncorrected error card too), which is one I needed, so excellent add there as well.
Most of the cards are inserts/parallels, or food issue thanks to McDonalds... 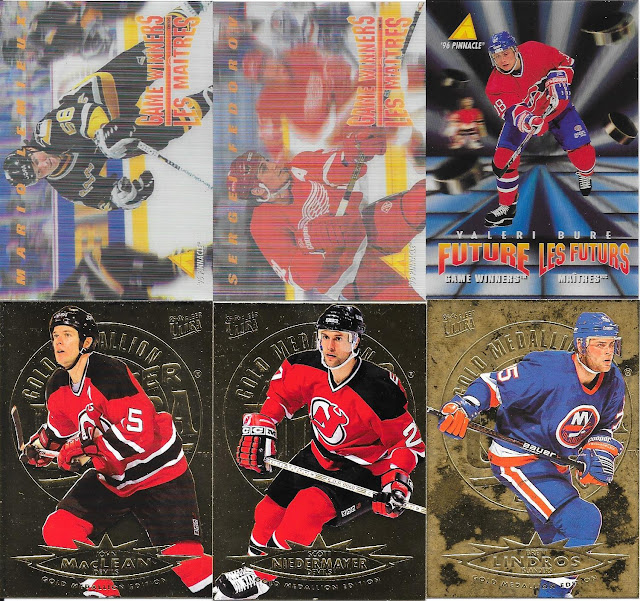 1995 or so is a popular year in this bunch between the McDonalds cards, and a bunch of Ultra Gold Medallion cards. The Gold Medallions are not subtle, and it works for these ones. May be a little over the top, but in hand, the full gold look is pretty darn nice. 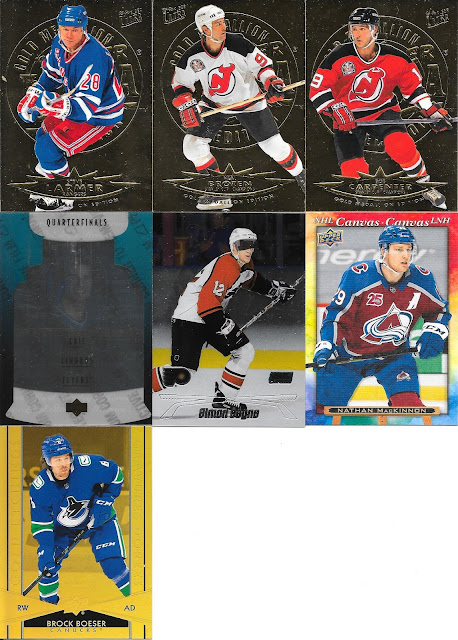 Another unusual card is the Eric Lindros Stanley Cup card - you can see a bit of the Eric photo in the centre, though not great. It's a cool acetate card, but the winners here are the 2021-22 Timmies cards I didn't pick up any myself this past year. KKeeping with the gold theme, the design really pops in hand and when scanned - better that the 90s Ultra ones.
The rest - all up for grabs if anyone is interested... 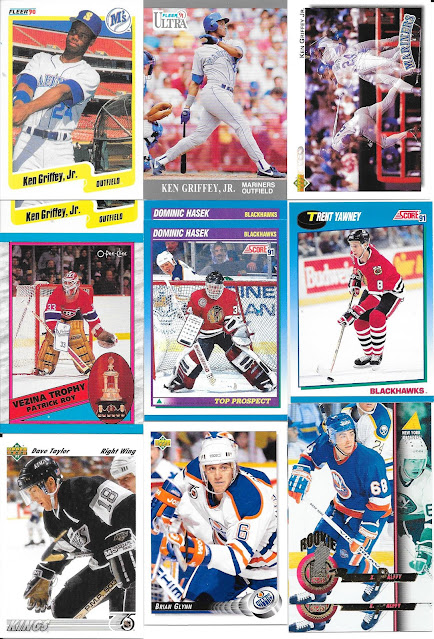 As I say, the base cards are usually pretty good ones, and a handful of Griffeys fit that bill. Add on some Roy, Hasek as well, and that's some HOF star power. 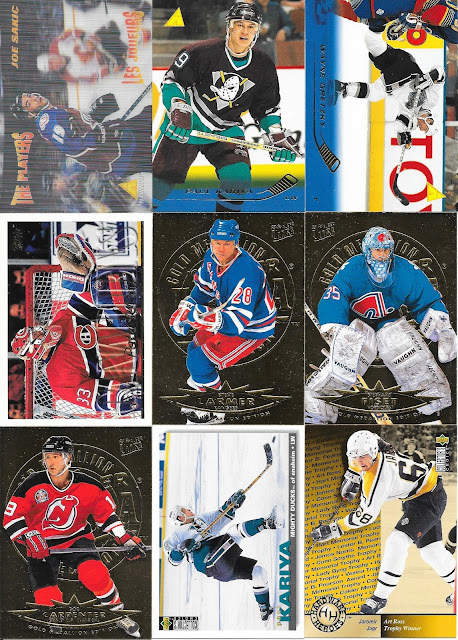 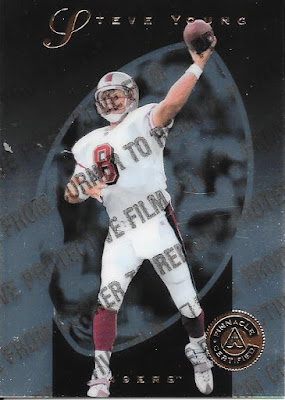 A bit surprised that there was a football card as well, as I didn't know Jeff collected any - or maybe the point is he doesn't and this just came into his possession. Either way, up for grabs for Bruins cards if anyone is interested, just let me know.

Another sure to be solid pack tomorrow - but we have a PWE to share before we go today. This one from TCDB member andersonadams1. 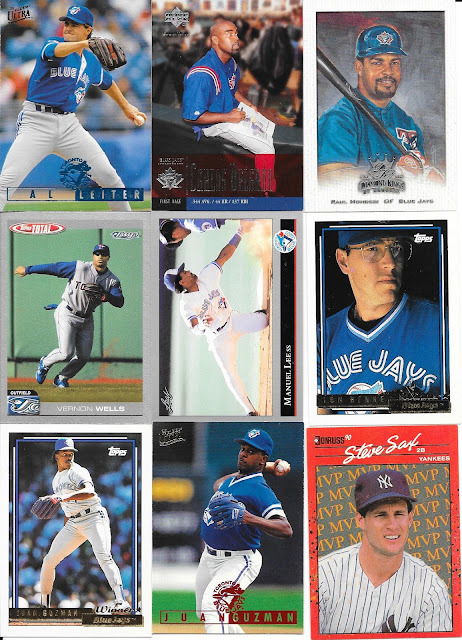 Mostly a splattering of Jays cards including a couple Gold Winners from 1992 Topps which are the mail in points and get cards version, compared to the inserted into packs gold parallel.
As for Saxy Boy - with my fondness for inserts, I'll take the small differences and keep the dot, no dot cards, so getting a variant there. 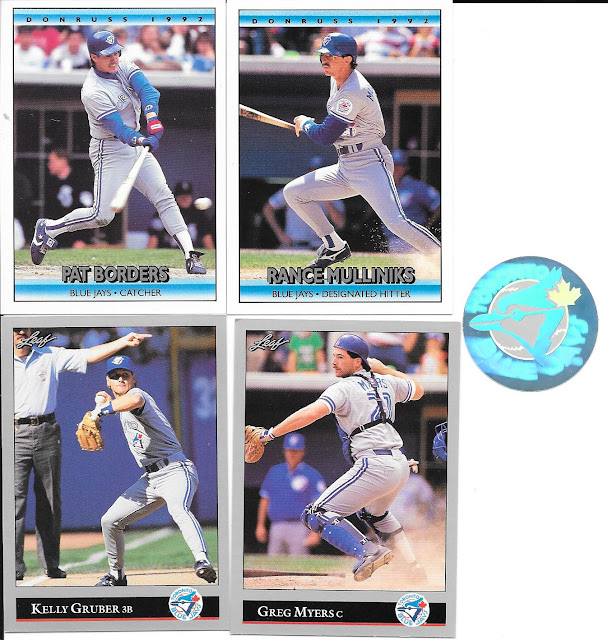 Speaking of dot and no dot variations, that's what these cards are all about, and we get a nice logo insert from 1989 Upper Deck to end.

A great little PWE all around - many thanks!