Continuing with the package Jeff was going to actually mail out to me, the rest of the cards in it were hits of one kind or another.

These are all serial numbered cards. The First Day Issue Stadium Club cards are numbered to 150, and the Blue Sapphire Signature Series is numbered to 100. I am a sucker for SN cards - even if the only difference is a First Day Issue stamp, though I much prefer the colour difference on a card, like the Signature Series card, if I was to pick one over the other.
One baseball card in the bunch, which is a big keeper... 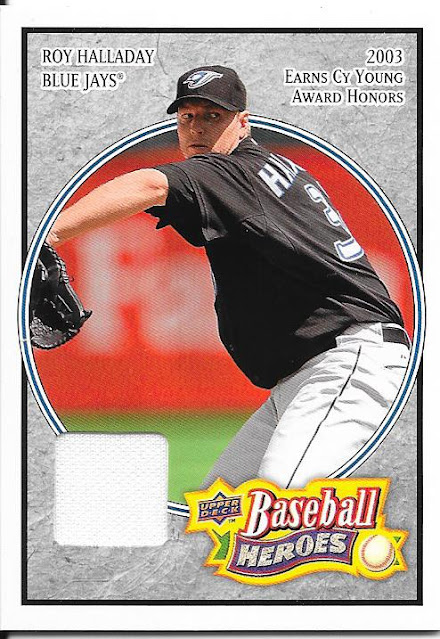 This is only my second memorabilia card of Halladay's, and the first that is a solo card for him. It may just be a plain white swatch, but that's ok with me, besides, I always liked the Baseball Heroes insert sets from Upper Deck - one of the early insert sets I remember as a kid collecting in the early 90s. 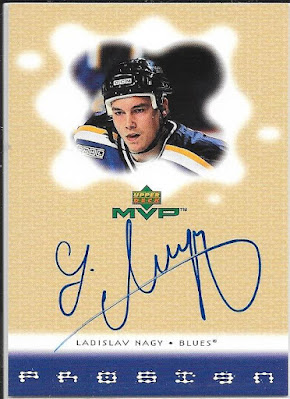 We then get some hockey autograph cards starting with Ladislav, here with an autograph card from 2000-01 Upper Deck MVP. Ladislav spent most of his career in Phoenix after a couple years in St. Louis as pictured here.
THe fact it's an on card autograph is great - so much better than the sticker ones, and that's a theme with the rest of them today too. 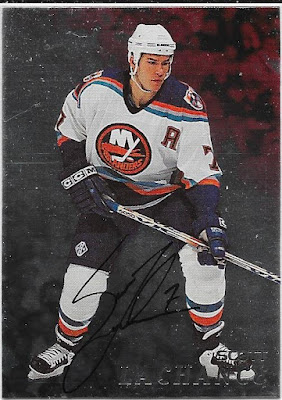 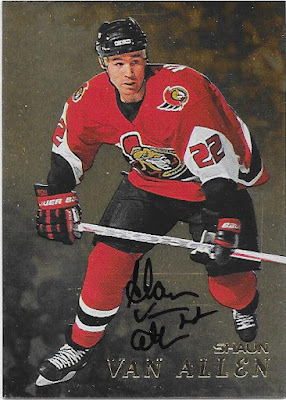 I have a few other autograph cards from 2000-01 Be A Player Signature Series, also from Jeff. Not sure if he had purposely collected these at some point in time and is downsizing, or if he just ended up with a bunch for some other reason, but thrilled to get these.
Great auto placement by Van Allen too - nice, clean and sharp having done it between his legs instead of over the whole card. 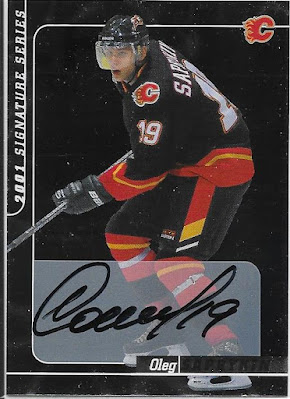 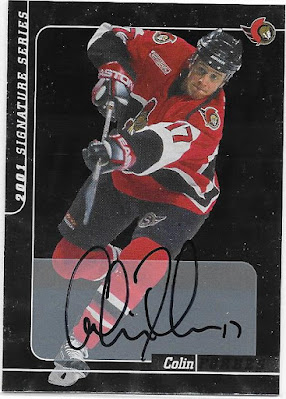 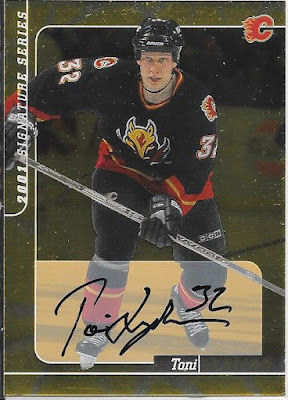 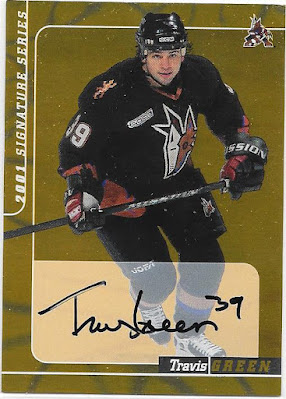 Another set I similarly have a few autos from already, but here we get a pair of regular, and a pair of gold parallel autograph cards. I do appreciate the purposefulness of the design to allow for an on card autograph, but make it easily visible with the designed autograph area - a sleek way to do it without making it a simply white box to sign in.
I will say, compared to the signatures we see from some athletes these days, these ones are near masterpieces - legible, clean, clear and including their numbers as well.
The only Toronto connection from these ones is that Travis spent a bit of time playing for the Leafs, but thrilled with receiving the lot of these - amazing cards.
Next up from Jeff was a partial baseball set I will probably pick through for some keepers and look to trade away the rest for Bruins. It's a box whereas the rest of the cards came in essentially team baggies which we will go through, but I'll get that box covered tomorrow.
Let's end with a random PWE trade - this one from Plach1102 who I have traded with before, and is one of the few on TCDB that seems to have a fair number of Magic cards for trade. 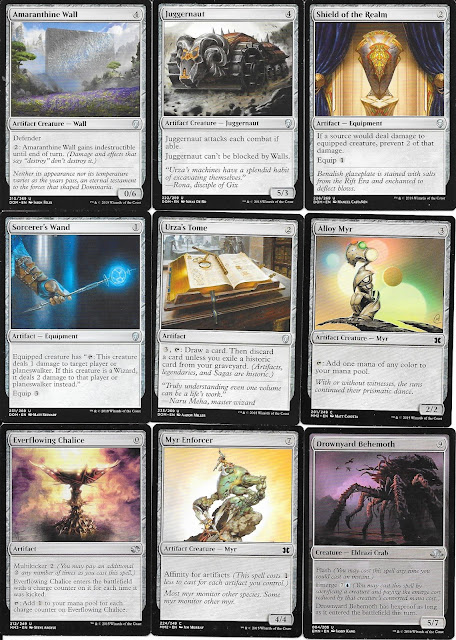 So, I am not complaining - but some of these were cards I picked up from the 01games purchase in December that arrived recently. No big deal - I do keep four of each, so all are cards I still would have wanted, but just means instead of being brand new to me, some are a second copy - but still better than the dupes I gave up in exchange - which were a bunch of Magic cards too. 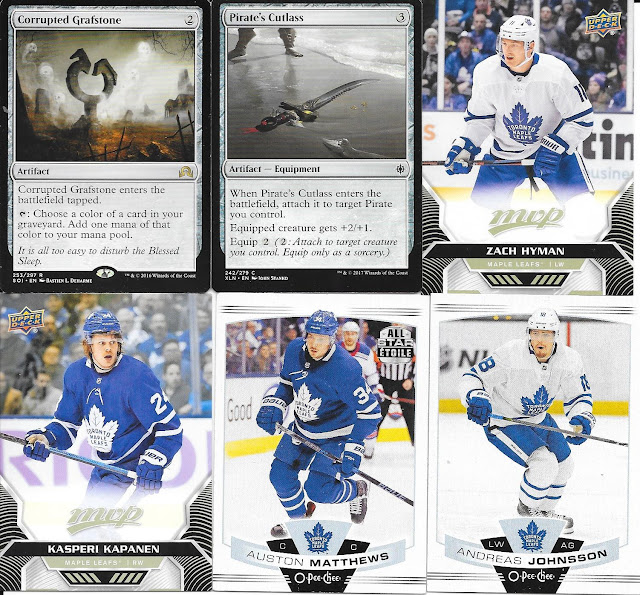 Nicely, there were some newer Leaf cards involved as well - sweet! Any new Auston Matthews card is a great add to me. A good measure of how much TCDB has been a boom to my collection - I may have personally opened through packs, about 10-12 Auston cards, yet I have 45 in total because of how many I received through trades. Just amazing how much the size has opened up options for getting cards I wouldn't otherwise have had.
Thanks Plach1102, and everyone else there I have had the opportunity to trade with!
Posted by CrazieJoe at 8:00 AM