With the end of the month, as promised, the start of the cards I got from local collector and blog reader Jeff Scott. In the cards he gave me, there was a package he had ready to mail to me, but since we were meeting, he saved the postage and just included it with the cards when we met. Most were ones for me to keep in my collection on purpose, being Toronto cards for baseball or hockey, but some other stuff as well which I don't keep and instead try to trade away to get him some Bruins cards for his collection.

So, let's see what we have today. 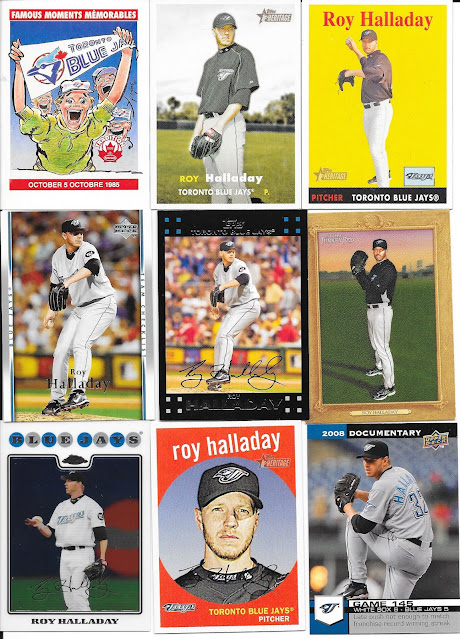 Jeff's given me a number of Halladay cards in prior packages that he sent my way. He's probably given me 30% of the almost 110 different Halladay cards I have now. These ones are all fabulous, but the best he sent it the next one... 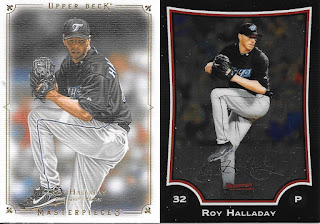 I am a sucker for those Masterpieces sets. I first fell in love with the hockey version, and only have one other baseball card from the set, so thrilled to have Halladay and in a classic wind up pose. 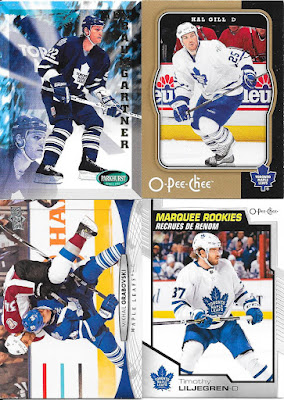 We also have a few Leaf additions with only Grabovski being one I already had, so three new ones.
A few other cards in the bunch without a Toronto connection...

Early 90s McDonald's sets are great, and here we have 1991-92 with Wayne, one of the cards I am missing, so a fabulous addition there. Add on not one, but two Emerald Green parallel cards which are SN to 199 are nice keepers as well.
As I mention, I do also take some of the cards Jeff sends along, and try to turn them around into Bruins, so if any of the following are of interest, just reach out and let's see if we can do something for Jeff! 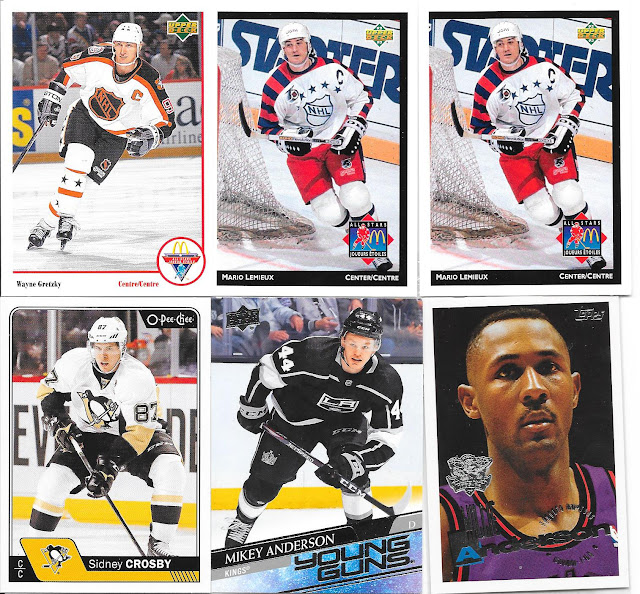 As you can see, generally Jeff sends along some solid cards with Gretzky, Lemieux, Crosby, and the Anderson card is still in package.

A great first bunch, and tomorrow, only a few cards, but the rest of the cards that were going to be sent by mail to me...very amazing additions though, as you will see tomorrow!

On a completely separate note - I finally received a Christmas order from 401games which was from Boxing Day. Not their doing - I picked up a couple pre-order items, so had to wait for those to come out. Lots of Magic cards, and I'll share here and there over the next little bit. 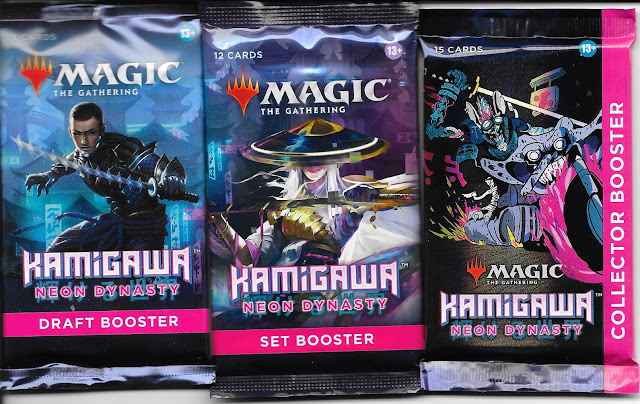 This set was recently released, so had to pick up a few packs for the collection. 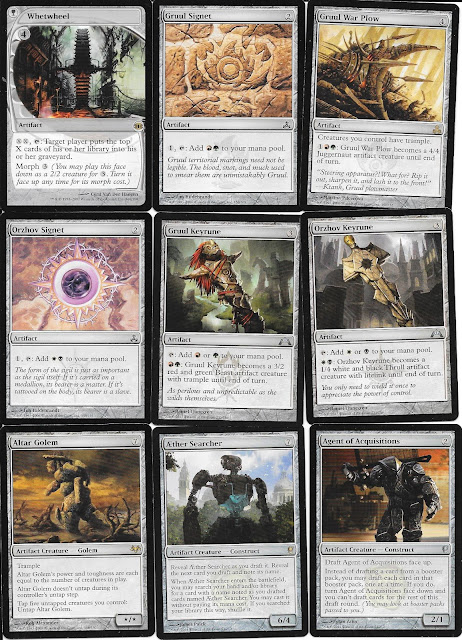 First few artifacts are mana producers, but Altar Golem is an interesting one. Expensive to cast, but if you can pump out a bunch of small creatures, it could be a big baddie. 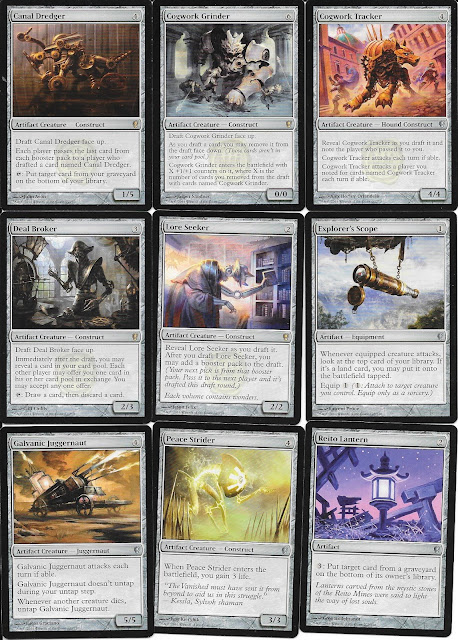 These are all from the Conspiracy set which was very much about draft play, so some of the cards have unique abilities with that play structure in mind. Set didn't take off too much, though there was a second Conspiracy set, hasn't been another in a while. 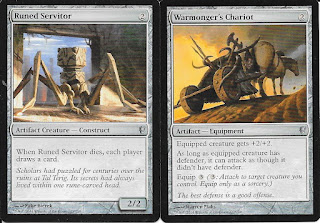