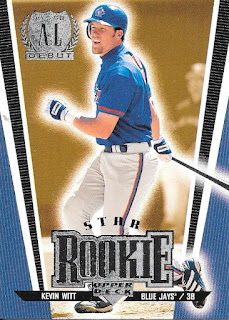 Continuing with the baseball theme, we have one 1999 Upper Deck subset Blue Jay. 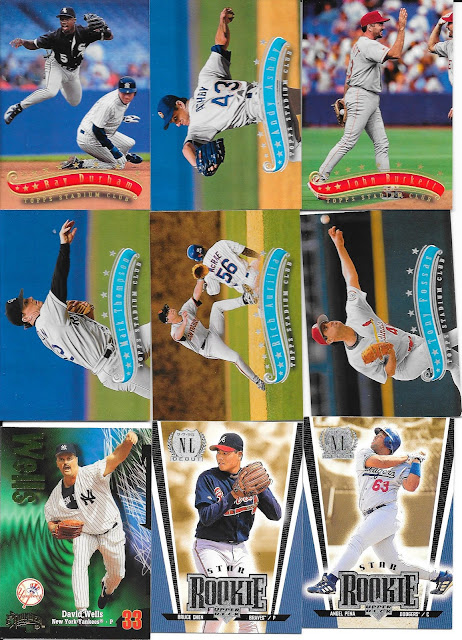 This lot has been very much more hockey and basketball weighted, so nice to even see a bunch of baseball cards, even if I won't be keeping these ones.
THat Thunder set Wells screams late 90s in design. 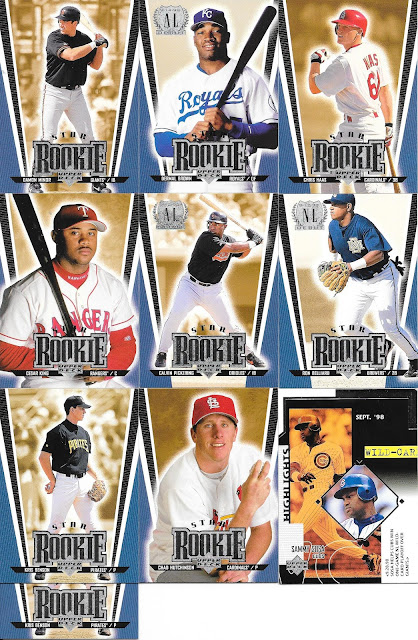 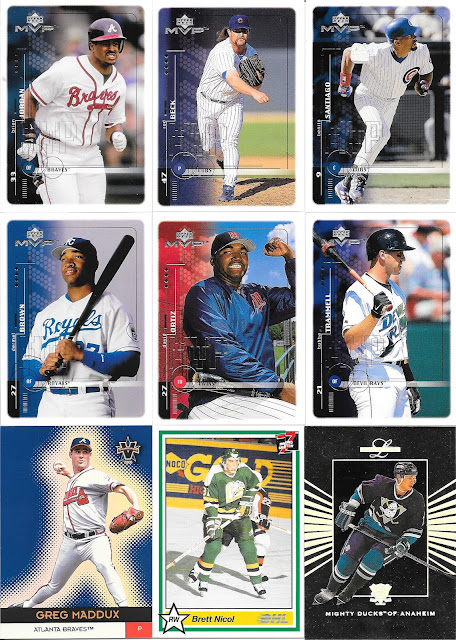 A bunch of cards from the late 90s, and the Vanguard Maddux is nicely thick. Could be better with the action background, but I still like it. 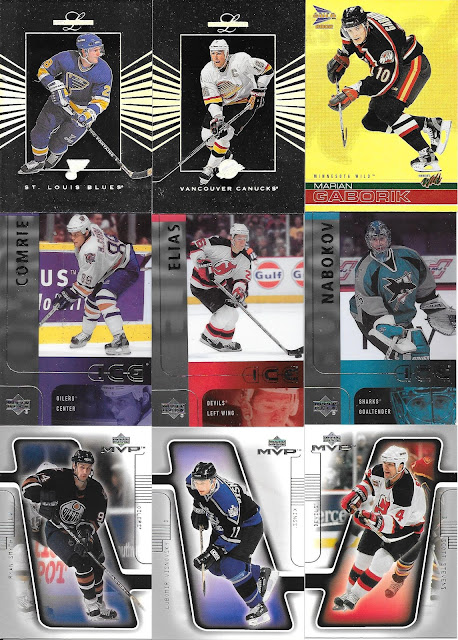 If I get a run of those acetate Ice cards from Upper Deck, I'd go after that set. I really like the see through look on them, like the 1997-98 McDonalds cards. 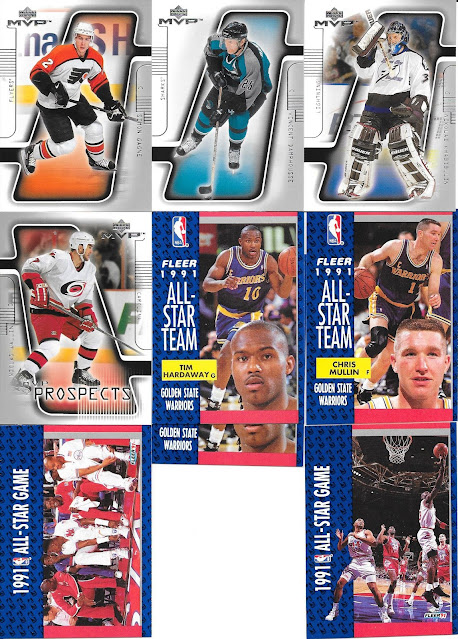 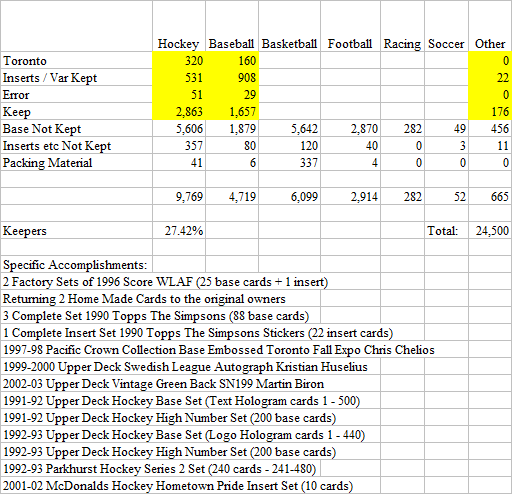 I don't often seek out trades on TCDB, but I did with vanstryland who I never traded with before. The reason? In one trade, I was able to get all of my 1993 Fleer Final Edition needs met. 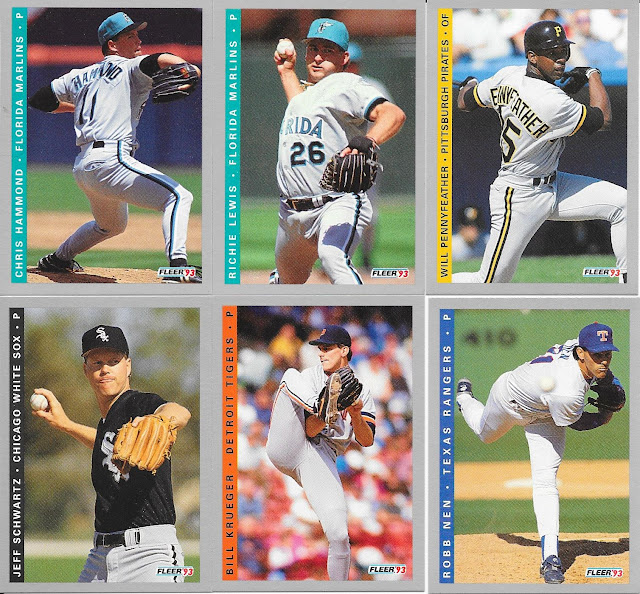 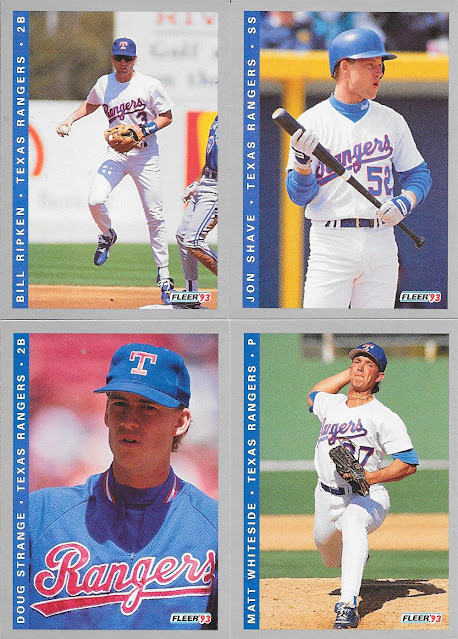 I got my upgrade for Hammond, I get "proper" copies of the Rangers cards because the ones I had were miscuts for the error binder, and a couple dupes for uncorrected error cards as well.
Usually it isn't quite that smooth in trying to finish off a set with 10 or so cards needed, but I am thrilled to have this one done so quickly - from none to done!
Appreciate the trade vanstryland!
Posted by CrazieJoe at 8:00 AM