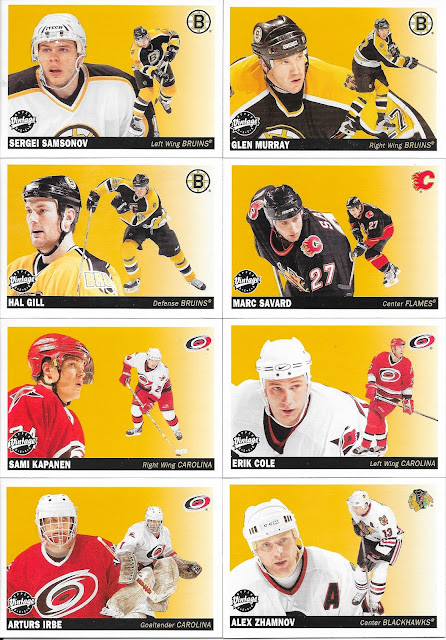 Nice to see a Sergei Samsonov card from the era. Yes, being a bit sarcastic as I seem to see lots of him in my card travels. I've mentioned before - I have a couple generic "hits" from the era and they are of course of Sergei. 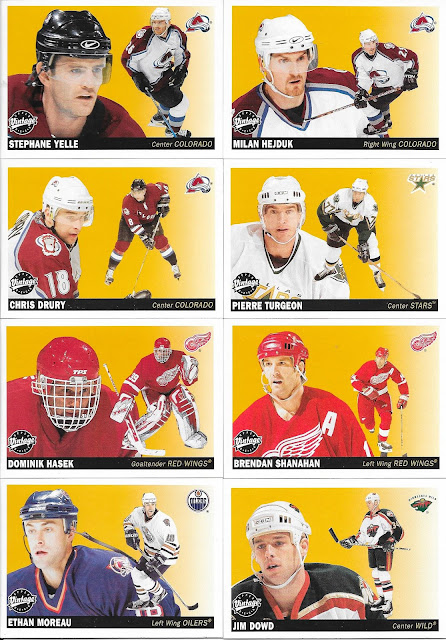 As you can see, sorted by card number for the base set, it's nicely done by team, alphabetically. Today bumps the set completion to almost 50% of the 350 card set for me which is an awesome start. 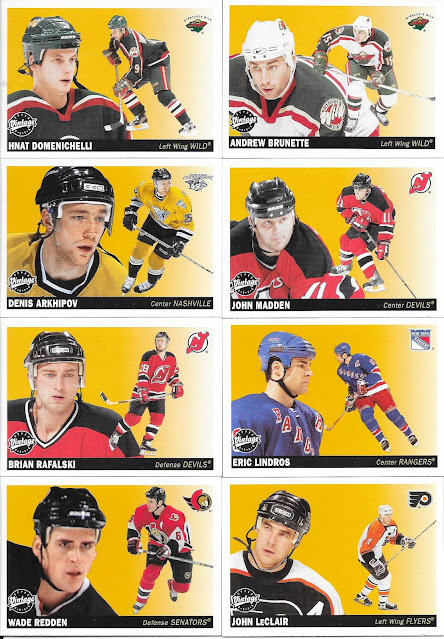 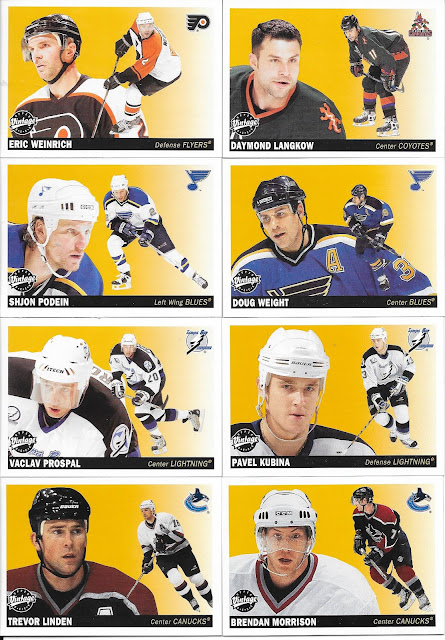 Do wish the right side at least was a more full action shot instead of the floating hockey player full shot. 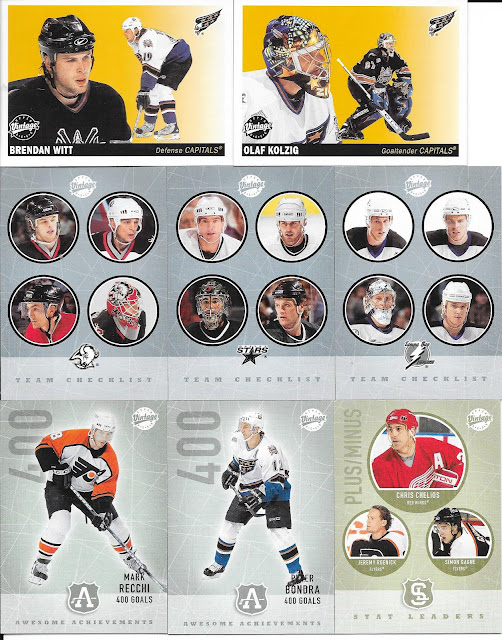 These subset cards are pretty nice though, do like them more than the basic base cards. A really nice Bondra card noting goal number 400. Overchkin before Ovechkin was Ovechkin - just Bondra couldn't do it for as many years as Ovi has been able to. 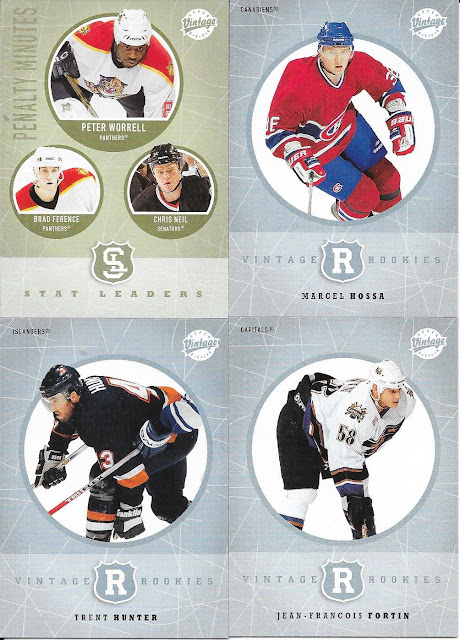 The rest of the cards are a bit different today as well. 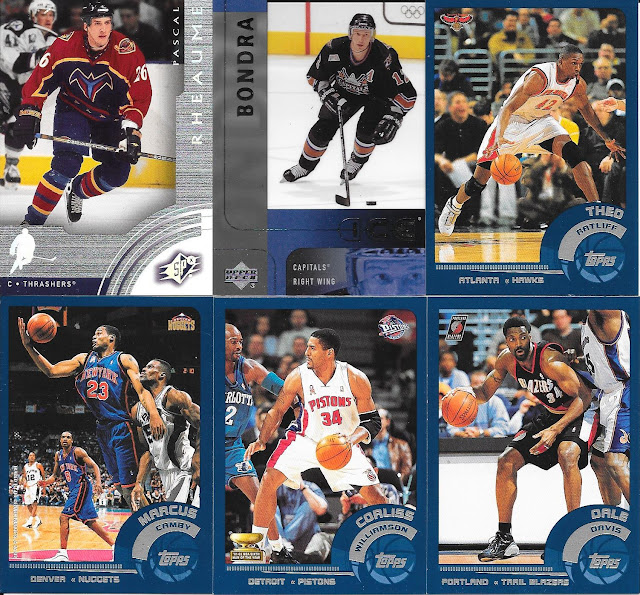 Both hockey cards are jazzy between the shiny SPx and the acetate Ice card - both are pretty looking designs.

Then we have 2002-03 Topps basketball which I don't think I have ever seen in hand before. I could be wrong, but I don't remember it at all. 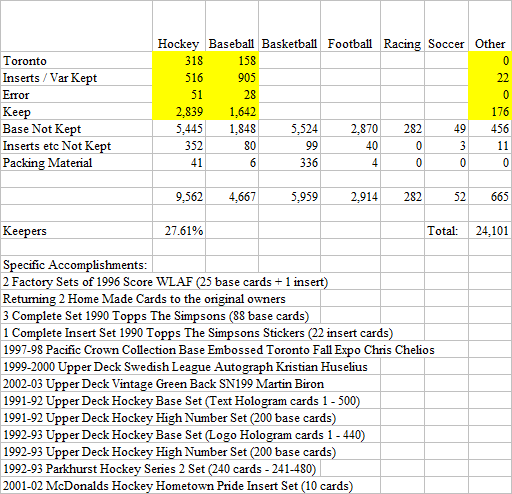