I've said before that Pacific seemed to be ahead of the times with some of the designs and sets of the late 90s. Back then, the sets seemed "weird" and too graphic-y, but with how sets grew through the 2000s and the 2010s, these would seem to fit.

Today, we have a bunch of 1998-99 Pacific Dynagon Ice, and enough of it, that it's going on my slow collection list. 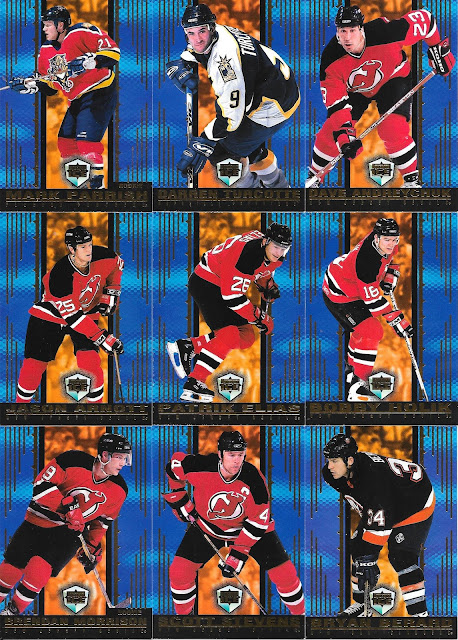 When put together in a page like this, the design pops pretty nicely. I know you give up a bit not getting the full action shot, but I can appreciate a good background, and this is one. 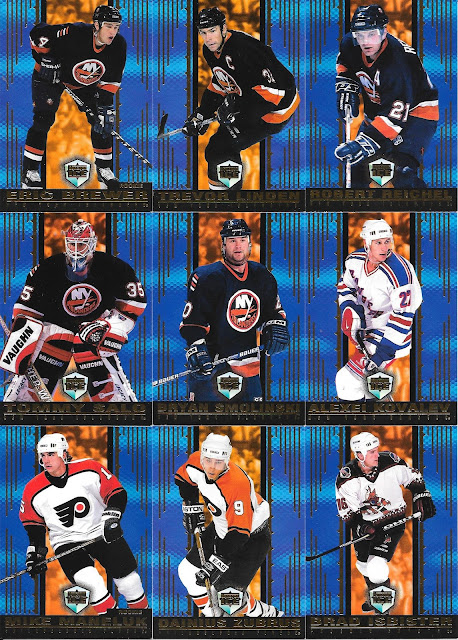 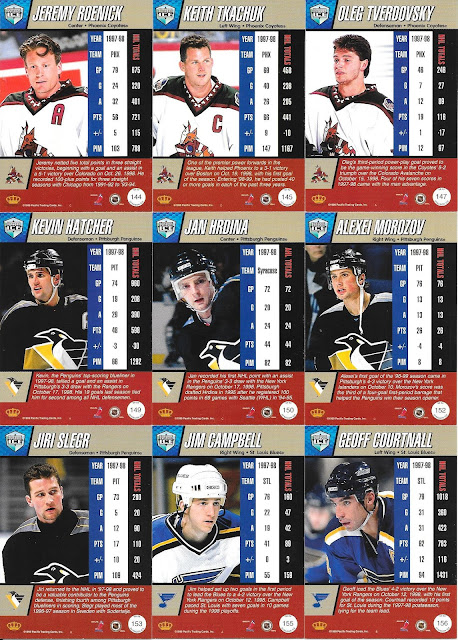 Definitely not a fan of the backs - between the minimal stats, and small write ups at the bottom which seem a bit crunched in, I'd rather have a much smaller photo to make up for having more stats and write up. Even the name at the top could be brought down a font size or two. 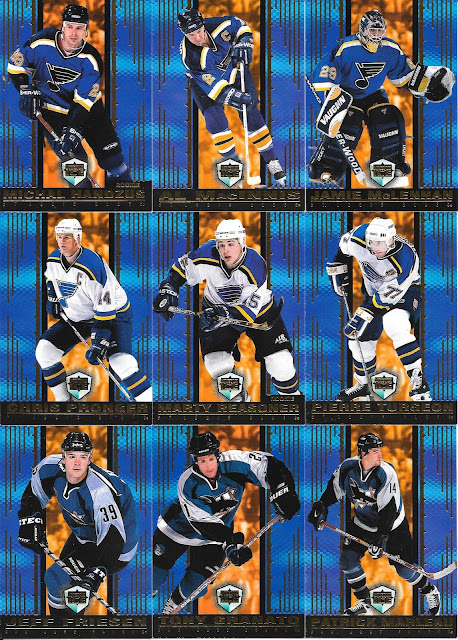 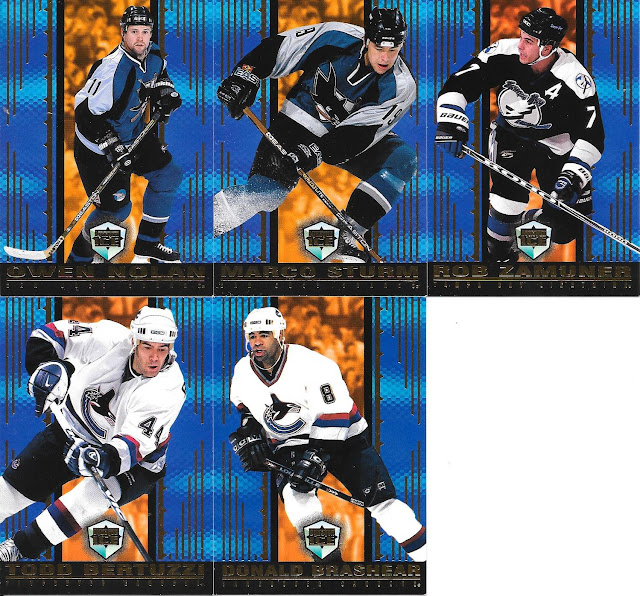 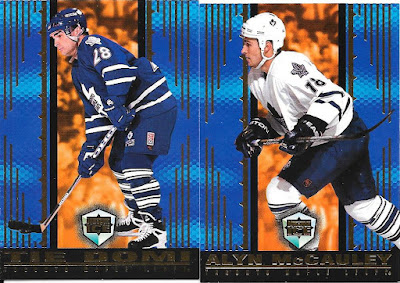 Also happy to pull a couple Leaf cards out of the bunch. Tie Domi is a personal fav too and the long gone "goon" role.
The rest... 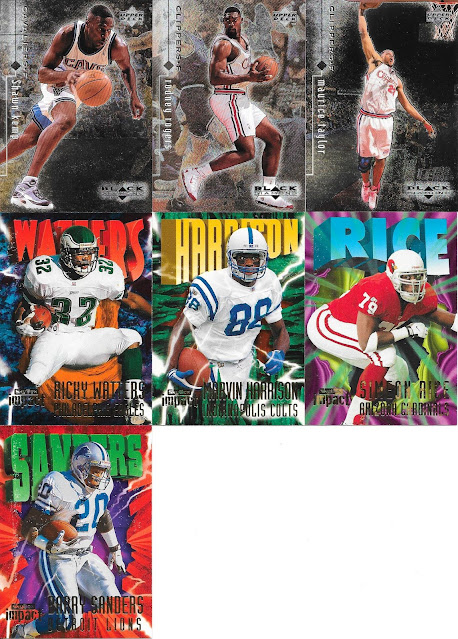 Solid start on the set and I expect there should be some more of it tomorrow! 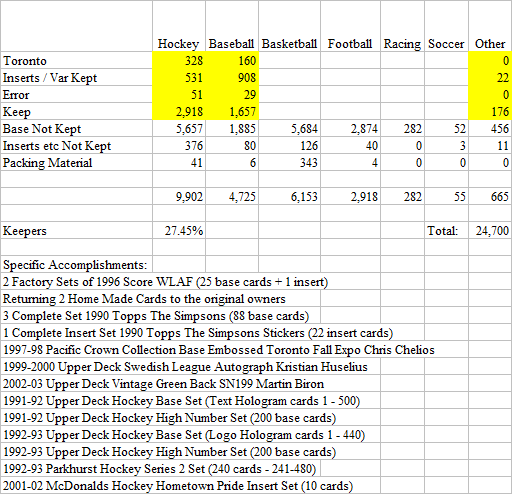