Yes, it is Valentines Day. I can appreciate it is a special day for some, and may not be the most special day for others - all depends where you are at in life, and that's cool and fine. Not going to dwell on it either way or the other, but will say-  if you have reason to celebrate it - make sure you do!

As for the cards today, we just get a visit from good ol' St. Mats! 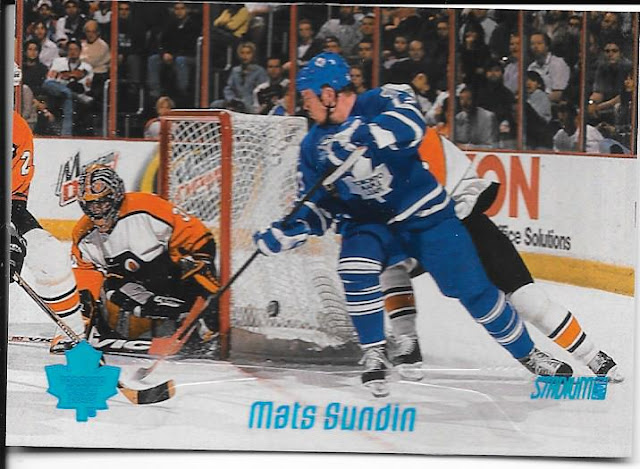 Hard not to love Stadium Club cards. A perfect action shot of Mats coming around the net. The blue foiling is a different approach for the name and logos on the front, but it works alright. Not sure why the crossed hockey sticks dented into the cards was a thing, but it doesn't detract from the card.
Now, the curving on this is a bit excessive, but that should straighten out a bit once in the binder. 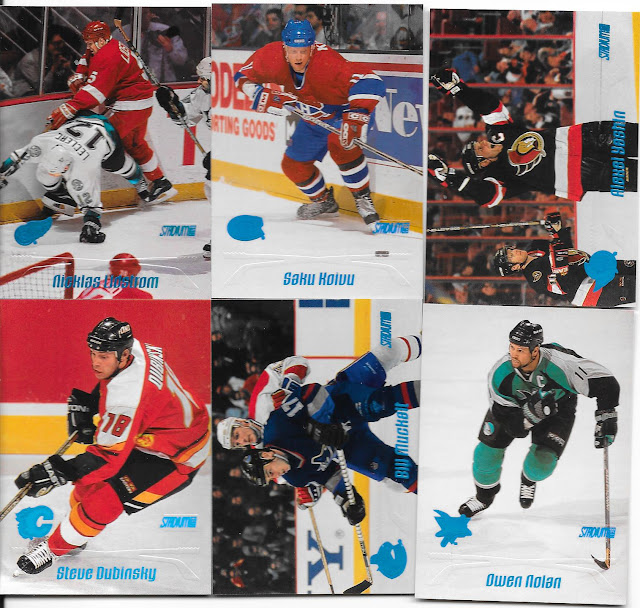 Even the simple pics like Owen Nolan, the quality of the picture, including the shadowing on the ice, just makes it a nice crisp card and photo - even where there isn't much going on in the photo. 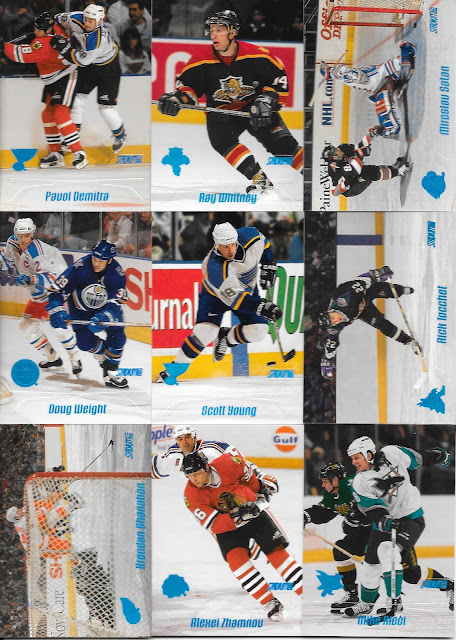 To be clear, all of these cards are curved, but not in a damaged way, just likely to do with the different glossing on the front versus that done on the back. 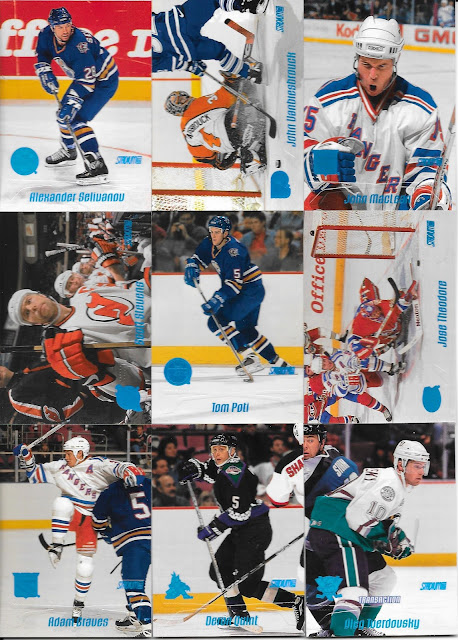 More great shots here - I really like the Theodore one. 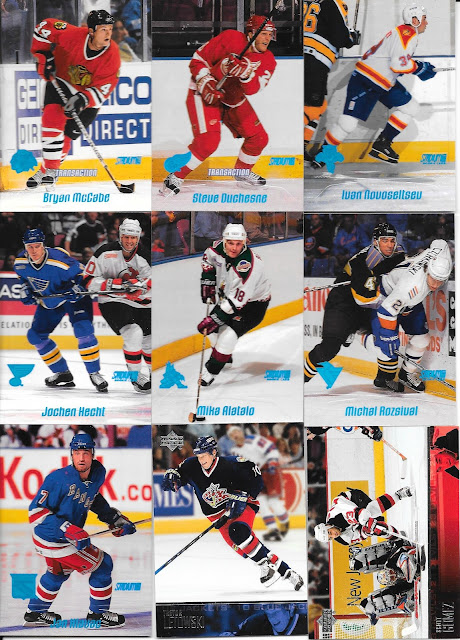 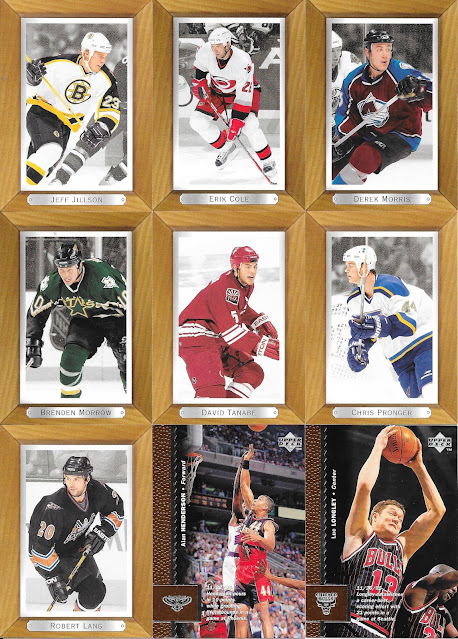 Bee Hive from 2003-04 is a nice looking set that I haven't seen much of at all in this lot, a bit of a shame, but it is what it is. Not goin to plan to necessarily collect the set, but would love to get the Leafs from the set. 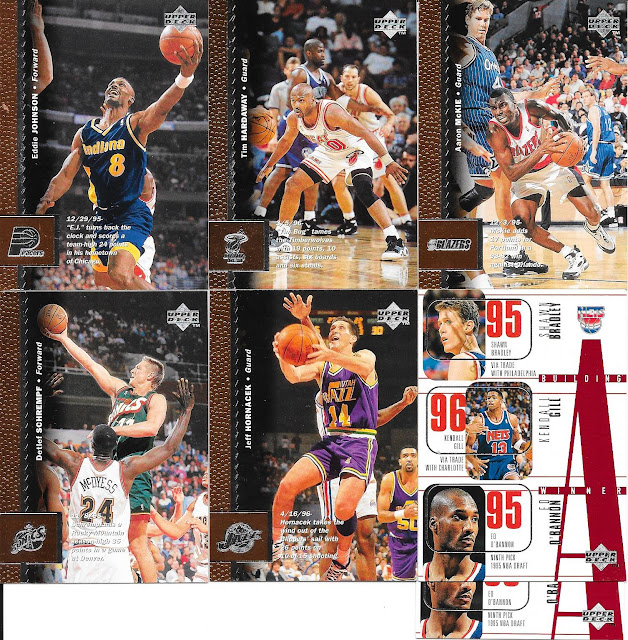 Not too shabby for a day only getting a single keeper...just a lonely, single card.

Just not right on Valentines Day, but I'll introduce it to some friends to hang out with - no worries. 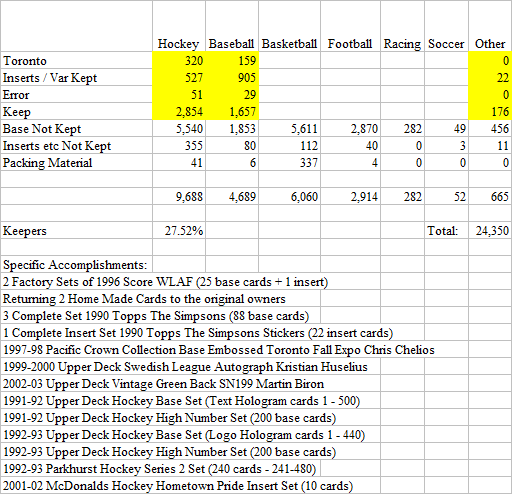