Keeping the streak, we have another day of additions to the 1998-99 Pacific Dynagon Ice set. With only 200 cards to the base set, these new additions get completion over 50% which, as these lot pick ups go, is more than enough for me on starting a set. 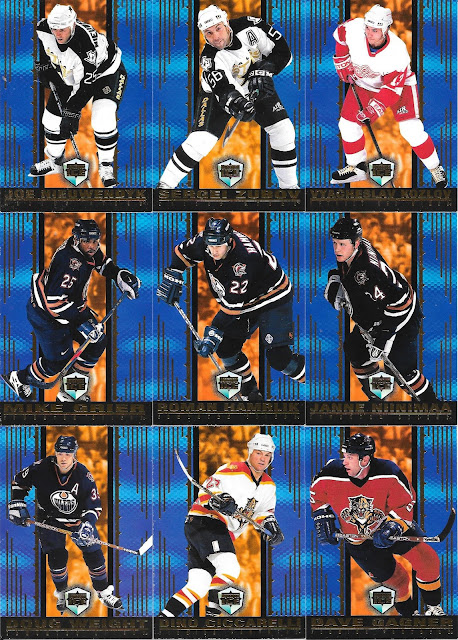 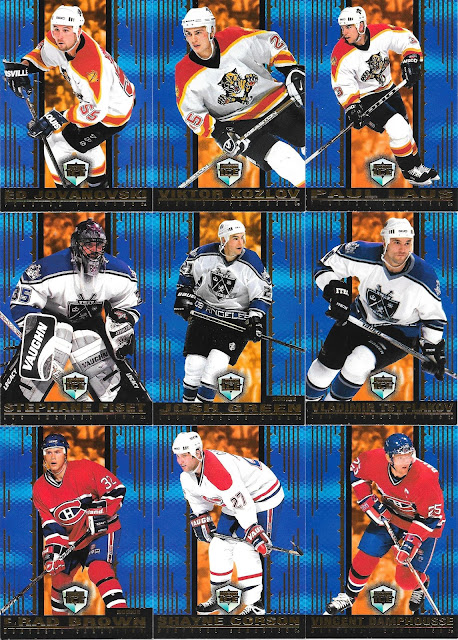 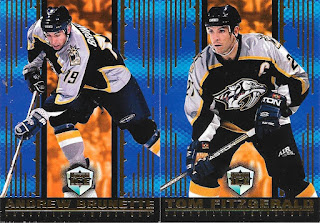 A shame there were no Leaf pick ups in this bunch, but can't have everything you want in these pick ups I guess. 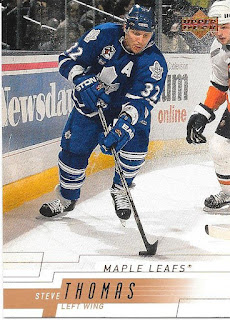 May not be from the Dynagon Ice set, but this 1999-2000 Upper Deck base card at least provides one Leaf for today. 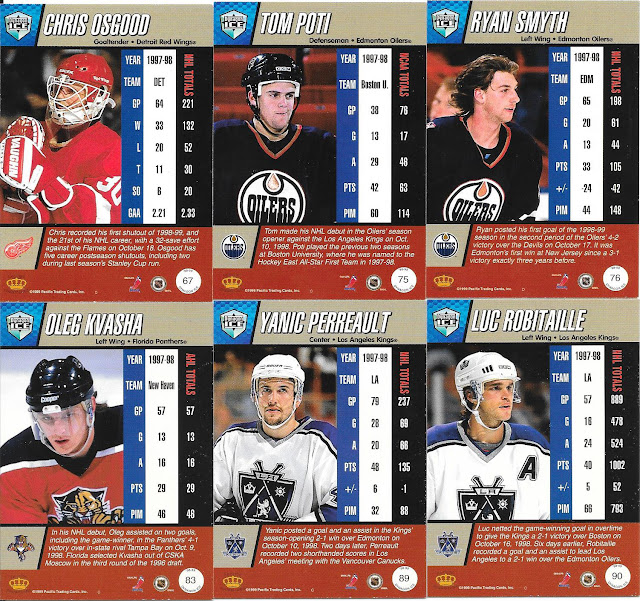 Some more dupes so I can show off some more backs, including Luc Robitaille with the Kings - always should be considered a King. 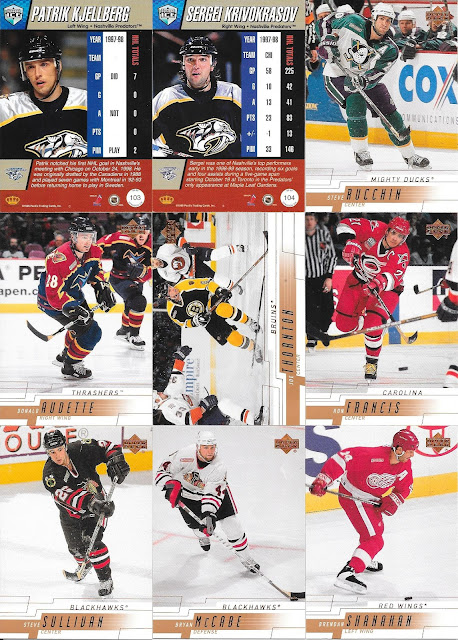 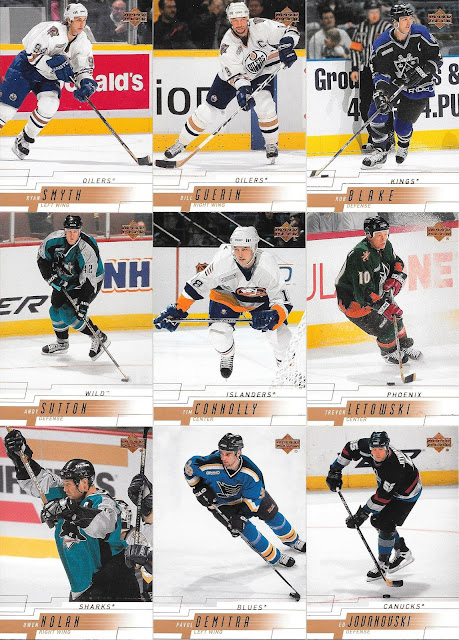 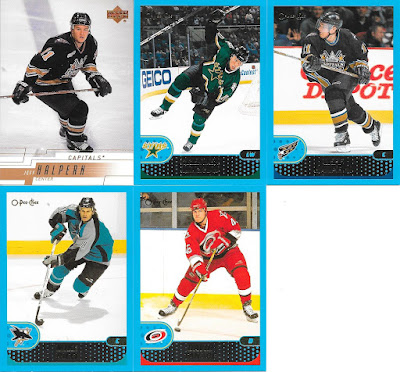 Not bad - a full day of hockey as we wind down to about 200 cards or so left in the lot. Should be through by the end of the week or so.... 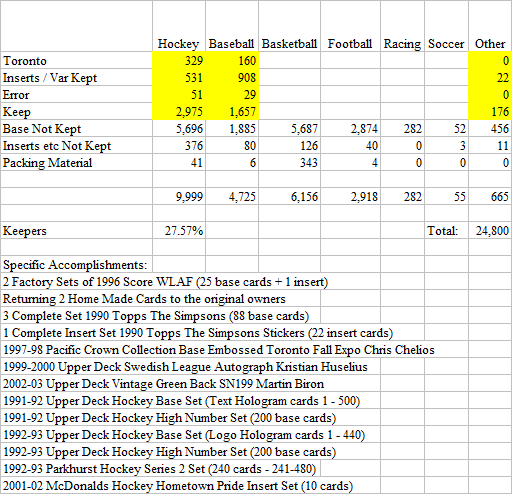 We get to end today with another TCDB trade. With busy season, these are few and further between for the next couple months as I don't have as much time until May to package up trades. Michel St-Pierre made the trade an amazing one as he sent a bunch of really fun stuff. 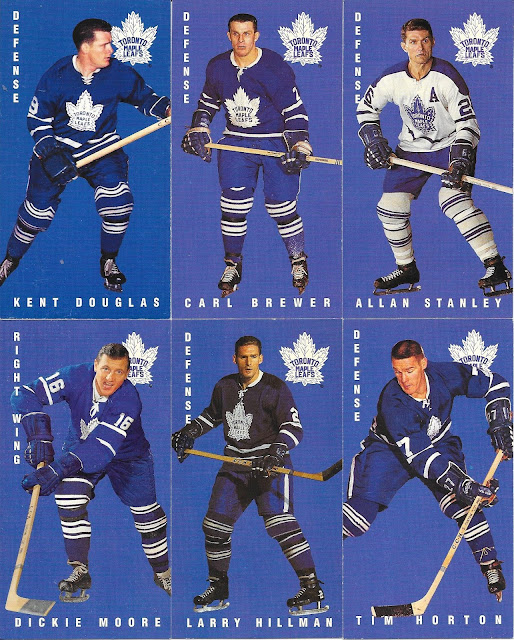 We start with a whole lot of blue on these Parkie Tall Boys. Sure these cards are just from the mid 90s with a take on the mid 60s, but I always appreciate these retro type sets, it's almost as good as the original thing! 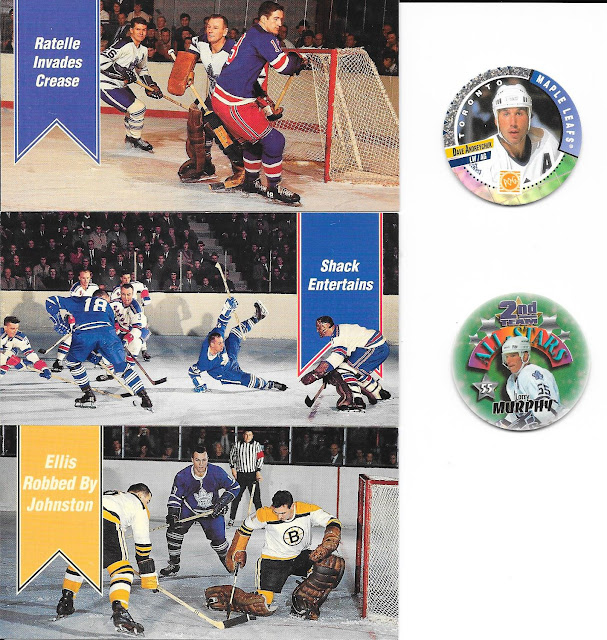 We even get a few Toronto included action shots, and a couple odd ball 90s Pogs of the hockey variety too. 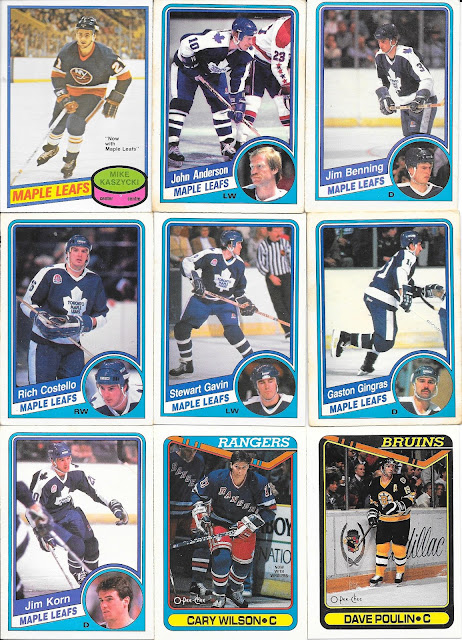 Earlier 80s Leaf cards that were MIA in my collection, but not anymore, and even a couple 1990-91 O Pee CHee cards to work on set help too. It doesn't just need to be Toronto cards to be great help. 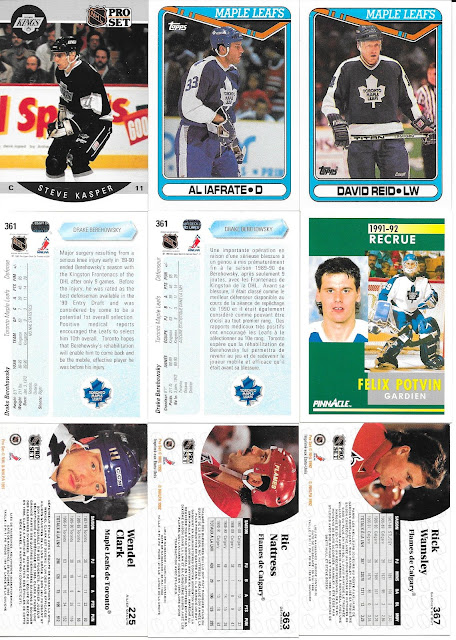 Even a bunch of French cards - which makes some good sense because my trade partner here is in Quebec. I hadn't really gone out of my way for the French cards, but when offered, I'll try and finish those team sets off! 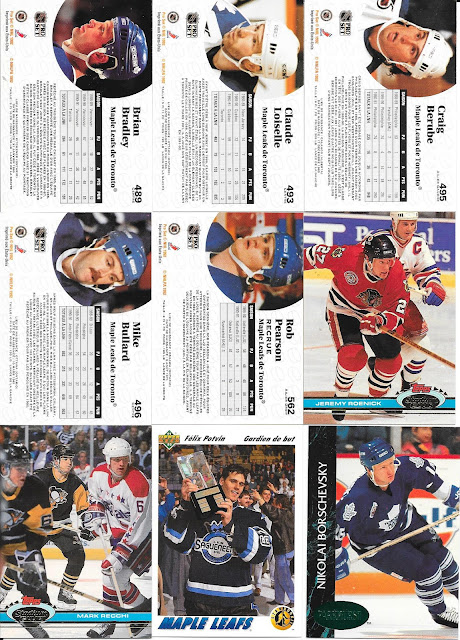 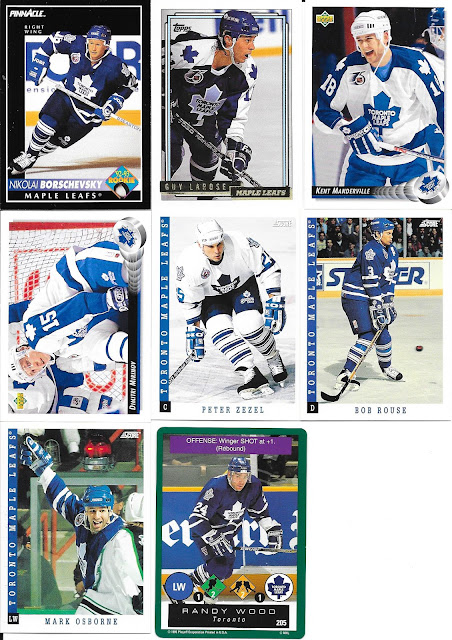 and more Toronto team set helpers too, with a few newer cards to end...

Can't go wrong with more Timmies!
I really appreciate the great trade and fantastic cards - absolutely awesome, thank you!
Posted by CrazieJoe at 8:00 AM