I think there have been a few cards from this, 2002-03 Be A Player All-Star Edition set, but haven't picked up a Leaf card from it until today. 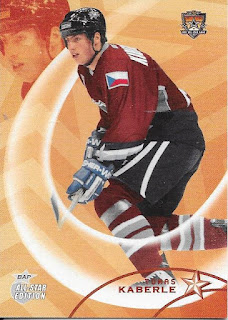 Not a big fan of the design, or the all star pic, but totally understand why given the set. Reason why it's not a set I am going to collect, but it's still a Leaf card addition for the team binders. Not going to complain about that, and I guess inclusion in the set ensures you get an all-star!
Some insert/parallel keeps as well... 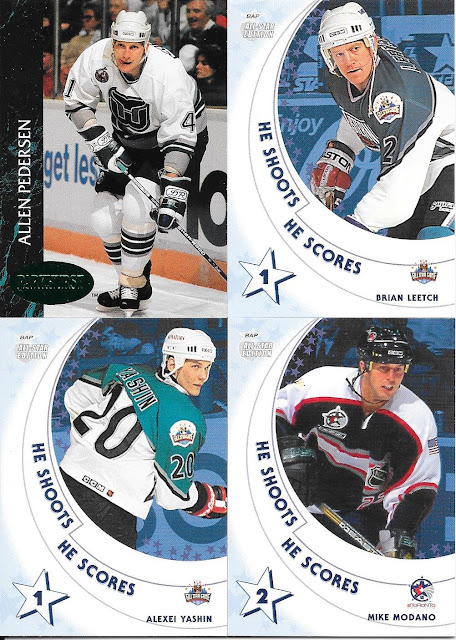 Always like a good Parkhurst Emerald Ice parallel, which gets me to about 60, and then we have some of those wonderful points cards which Parkhurst and Be A Player both did in a number of sets in the early 00s. Still counts as inserts, and these are nice for having some players on them instead on "nothing" point cards, does make them more collectible at least. 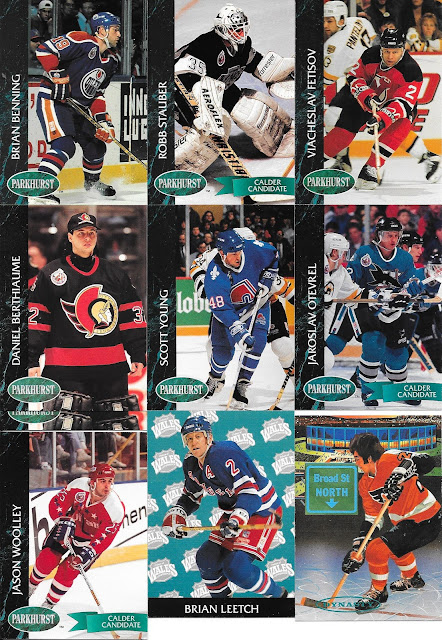 A bunch more 1992-93 Parkhurst base cards. I may need to check and see if the series 2 from this ended up being completed twice over in this lot. 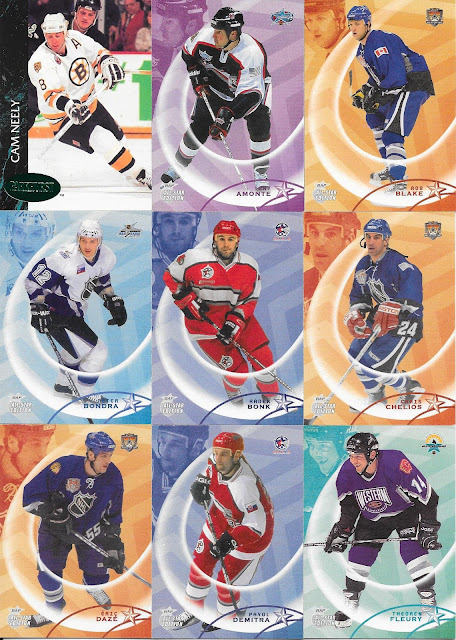 A nice bunch of cards from the same All-Star Be A Player set, so let's look at the back as well. 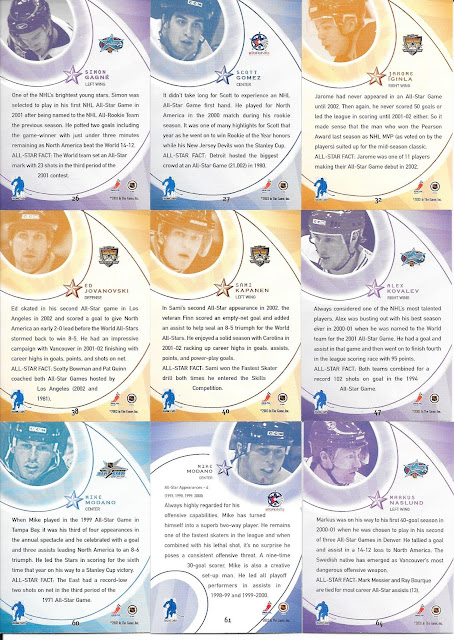 Again, not my thing as they are so all-star focused that you don't get any stat lines, just the write up. I can appreciate different, just don't want to collect it. 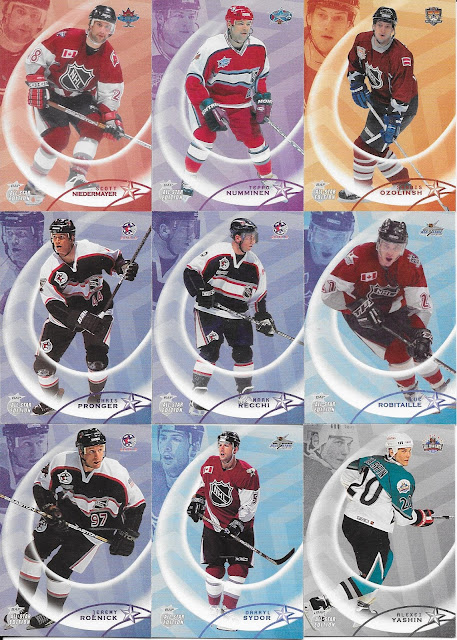 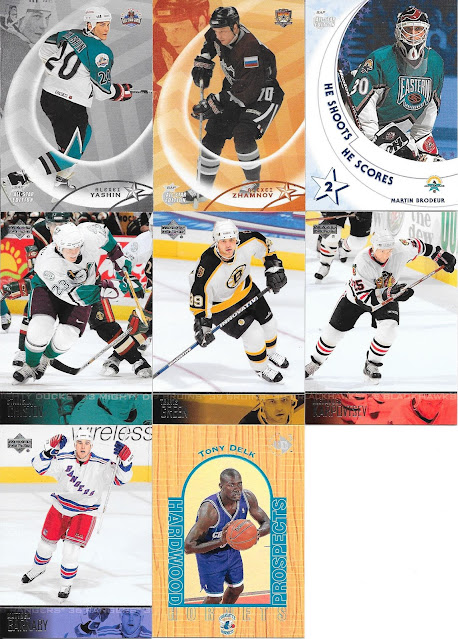 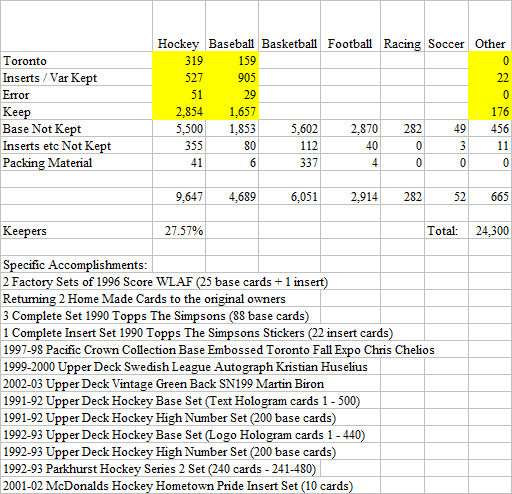 Another little TCDB trade to share before we go today...this one from bradmuhs which brought some always welcome wrestling cards - circa 2007 Topps Heritage... 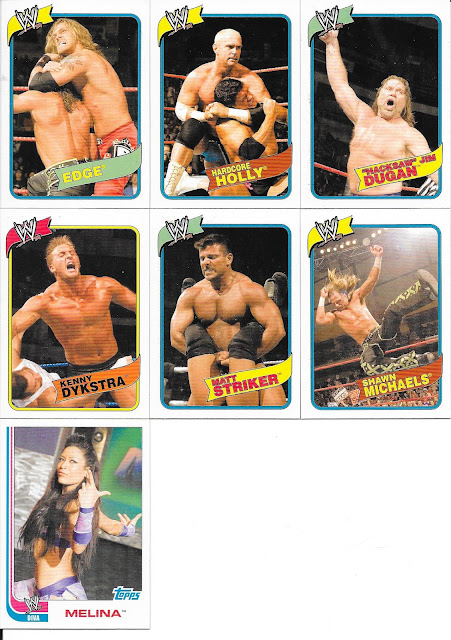 Obviously being Heritage you get some old Topps designs, my favourite being the 1982 throwback on the Melina card, though the legends being on the 1987 design is pretty darn nice too. Might need to try and get more of this set!
Posted by CrazieJoe at 8:00 AM