Another hockey set highlighted today that I started to slowly collect because of this lot purchase. 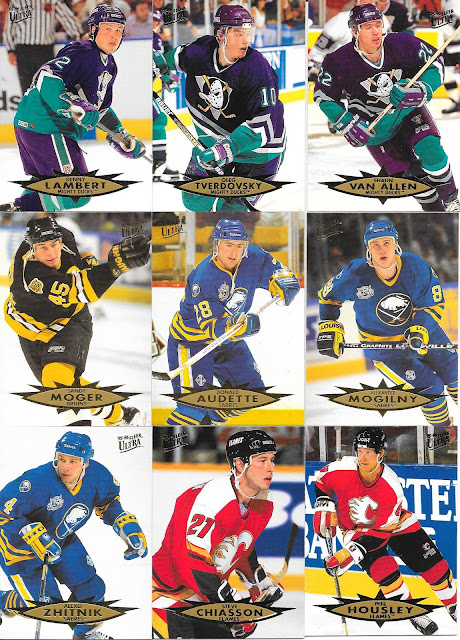 It's worth mentioning again - this set did foil right. Usually the foil used on cards makes them hard to read, but the two tone was these were done, the names are clear as can be, just as you can see on the scans.
Put that together with the full card photos - this set has really grown on me.

We end the new adds for the base set with Sean Burke who was a really solid goaltender in the 90s. Definitely think of the Whalers when I think of Burke, though he did spend time on a number of other teams.
As for the rest of the cards, as you can see, definitely go the "dupes" section of this Ultra set with some cards having multiple copies here. 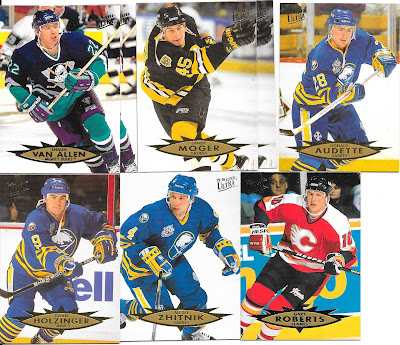 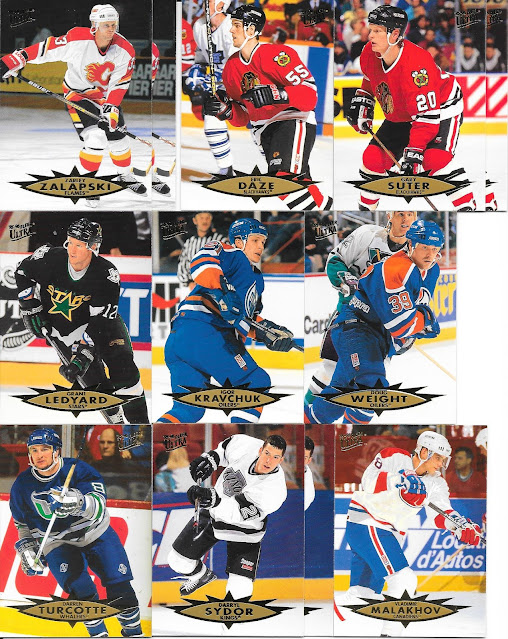 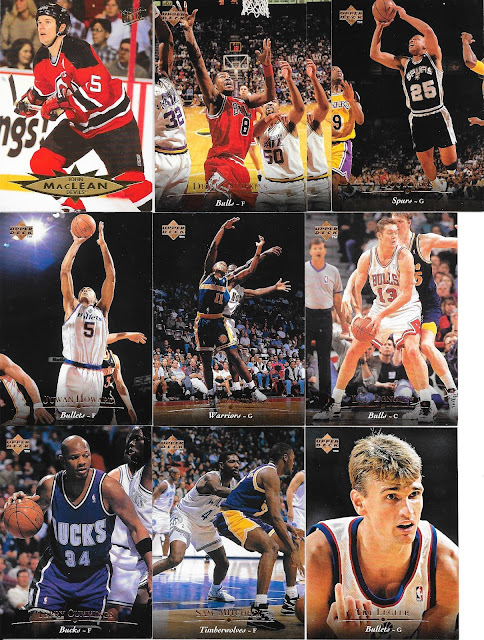 Then back into the Upper Deck basketball cards....ah well. Anyone want a good starter set? 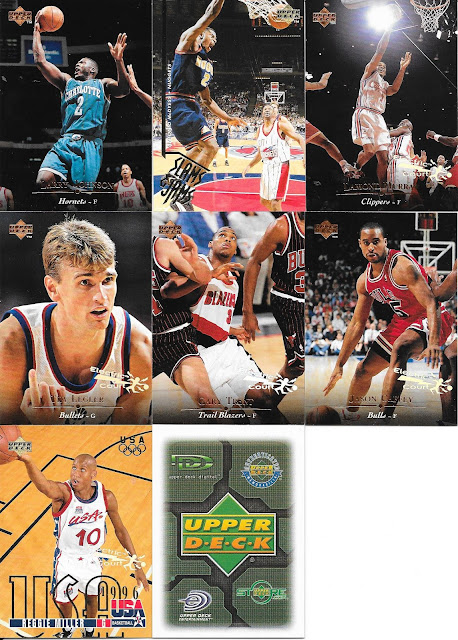 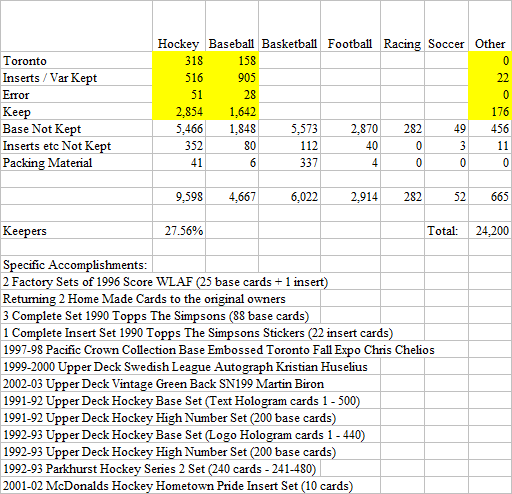