These small packages of cards from Jeff have been very varied and neat to go through, and today is no exception. May not be much for me to keep out of it, but plenty of good trade fodder I can use to help him. 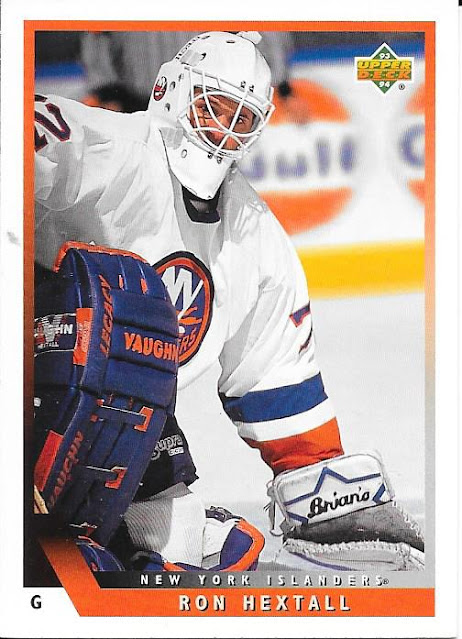 Always enjoyed Ron as a tough guy goalie, and here we get the base card add for 1993-94 Upper Deck. 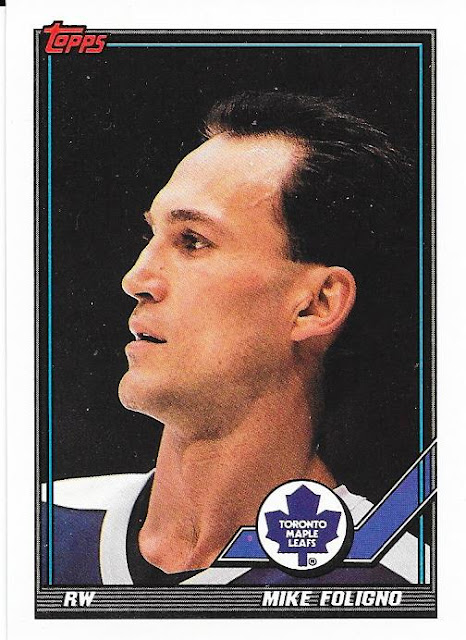 One sneaky Leaf addition hiding in this one. At least it is easy enough with the front logo to tell the difference between O Pee Chee and Topps releases for 1991-92.
A couple inserts to keep as well... 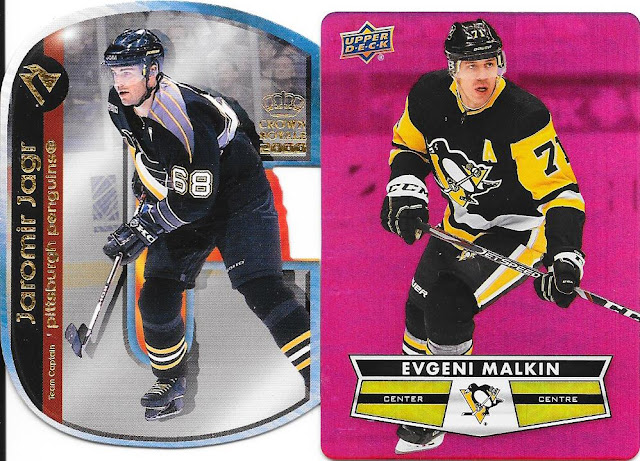 Pens have always been my number two team behind the Leafs, and these are a couple great reasons why. Lemieux and Crosby were great number 1 players for the team, and would have been regardless, but Jagr and Malkin elevate them even more by being great supporting players. Jagr - from his extended career, and Lemieux having a shorter career given his health issues, had the opportunity to showcase his talent even without Mario - Malkin hasn't had that space at this point. My two cents - hope he doesn't just because greedily, I love seeing the two playing together. 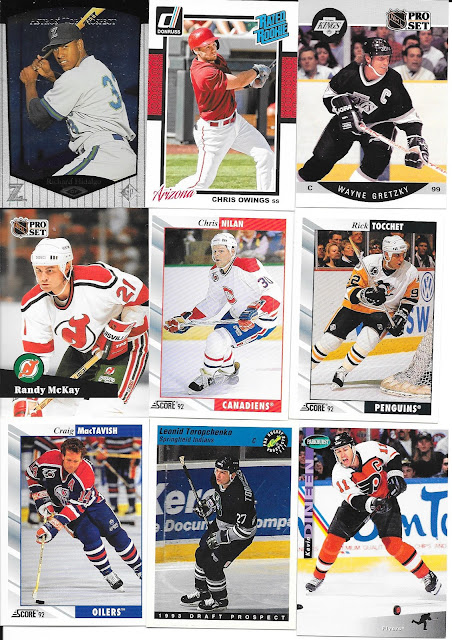 A solid bunch of cards for trade including one Great One above, and another below... 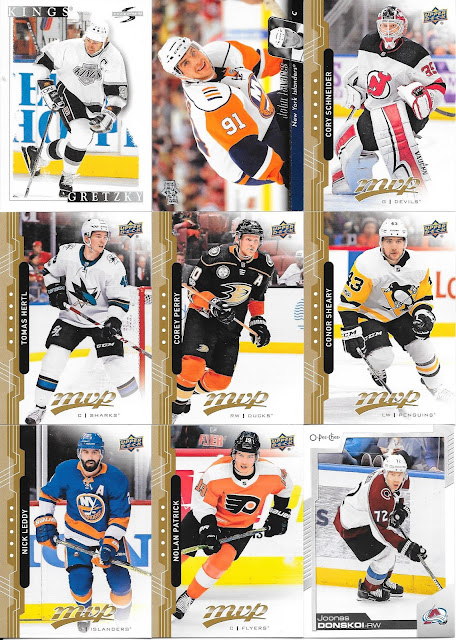 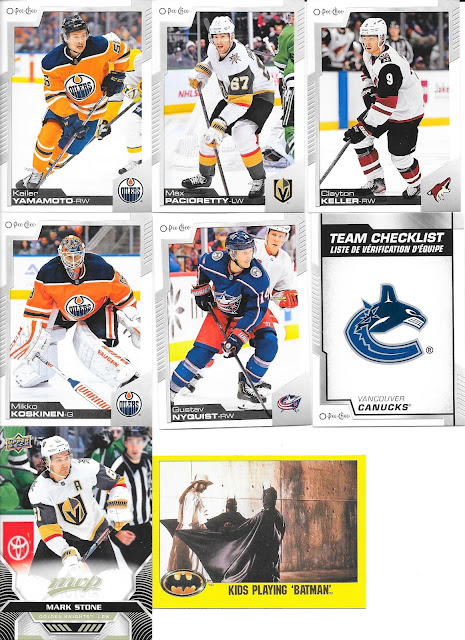 Not sure I'd count Batman as another great one, but an interesting find from Jeff-  wonder where this one off card come from!