Another day, another pack from Jeff to search through, and this one is full of new to me Crash The Game insert cards, but also one base set addition. 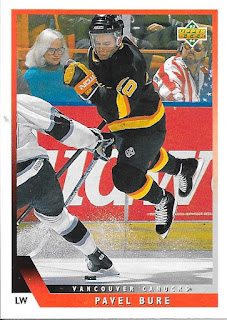 Jeff likes dealing with the big names, and Bure was one in the 90s for sure.
As for the inserts... 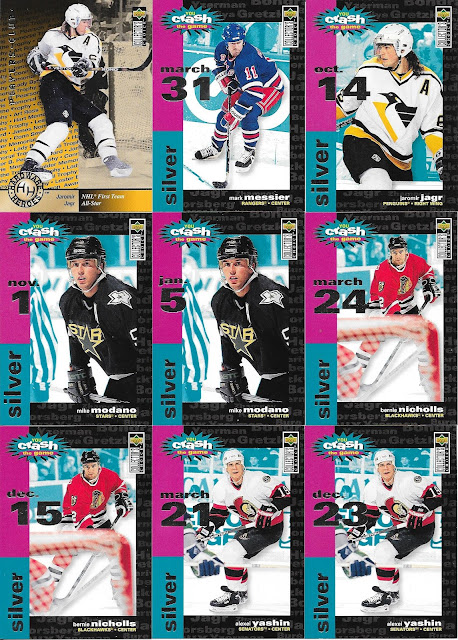 The Crash The Game inserts have three variations each, with each having three different dates, but otherwise the fronts are the same. Nice to get the variety and multiple variations on some of them here. 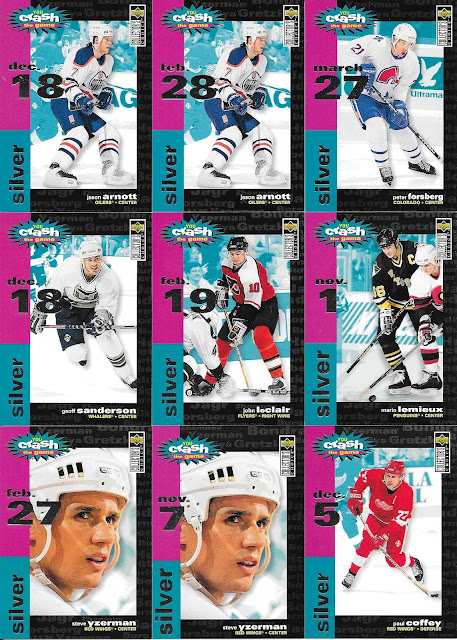 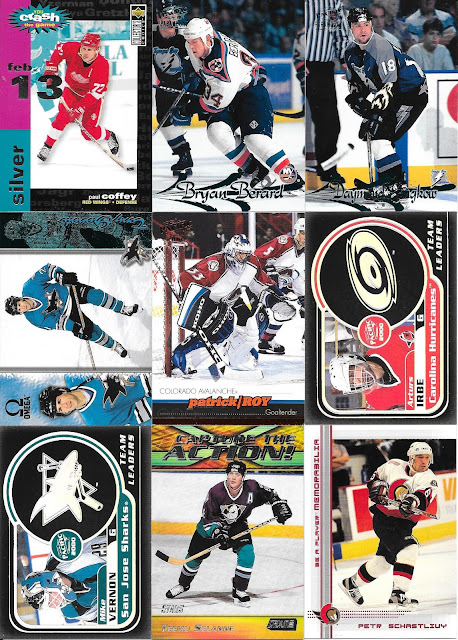 Moving later into the 90s, the first Pacific 1999-2000 Team Leader cards I've seen, and between the black and rainbow glinting foil, they look very snazzy.
Not going to complain about Memorabilia ruby parallel either, though the Paramount and Omega Pacific brand ones were harder to ID since I didn't have a Blue Ice or Green Emerald parallels in hand and frankly, the scans even at TCDB are hard to tell too. 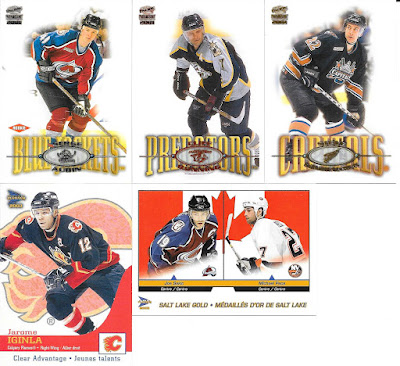 Speaking of differences in parallel colours, a similar case here with the paramount copper and gold variations, but at least I had both to be able to see the difference.
May be wondering why the base Aubin is here, but it's got a 2000 Toronto Expo Pacific stamp on it, so that's where I'll stick it, with the inserts and variations. Very cool card.
More important in these posts, to share the traders and cards I am looking to turn into Bruins for Jeff, so have a look and just let me know if anything here is of interest. 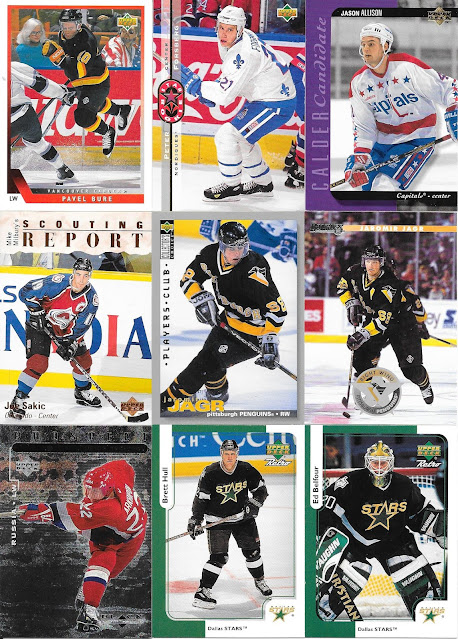 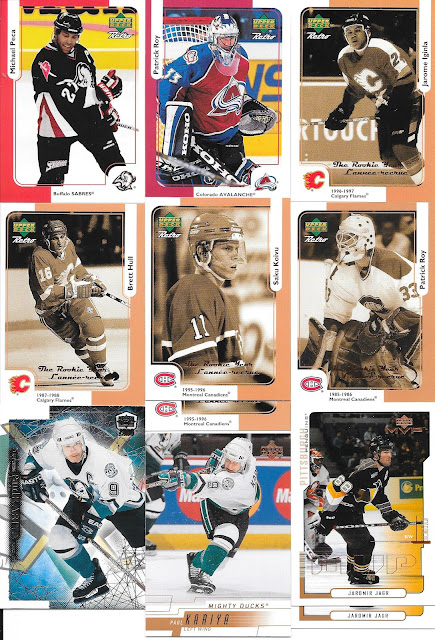 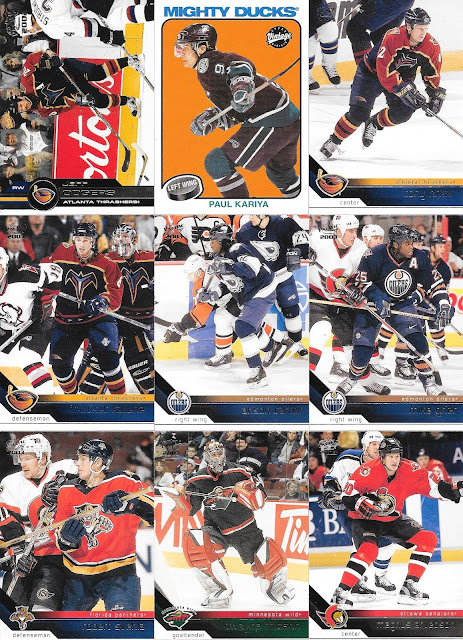 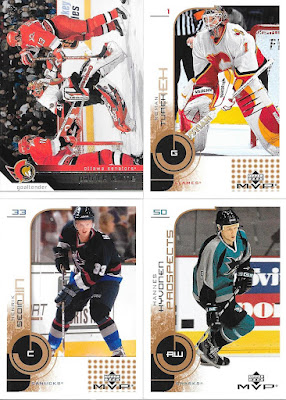