Well, it may not be a unique or overly exciting set per se, but it is a set I am still working on, and has many a variation, so let's see if Jeff's partial set of 1989 Donruss baseball provides any help for my collection, and if not, there will be plenty of  trade bait for Bruins.

Going in, I am about 40 cards short on the set, wanting some of the error card variations (this is one of those sets with inc versus inc. differences and *denotes* versus *denote differences - so plenty of variation for all cards, including the errors which I like to collect).

First up, some set completion helpers... 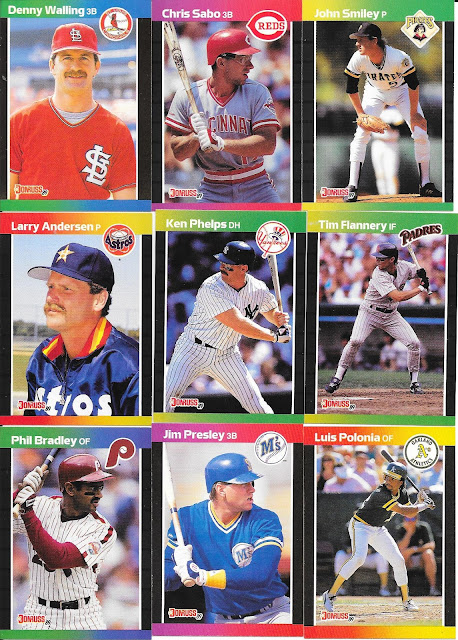 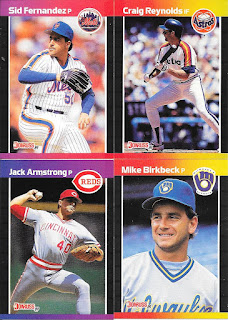 For my set, I am not trying for a master set which is almost 4 of each card for the 660 card set, but any version of each card is good enough for me. Nice to knock off just over a dozen here. 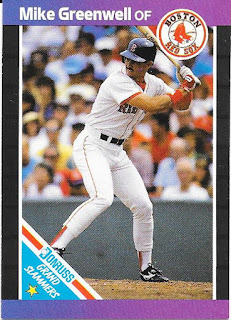 There was one insert hiding in the bunch. Even the Grand Slammers were not able to keep away from the variation train in this one - the border colour for these comes in 4 different colour combos.
Wasn't sure I would see many Jays to keep, but got some of those too... 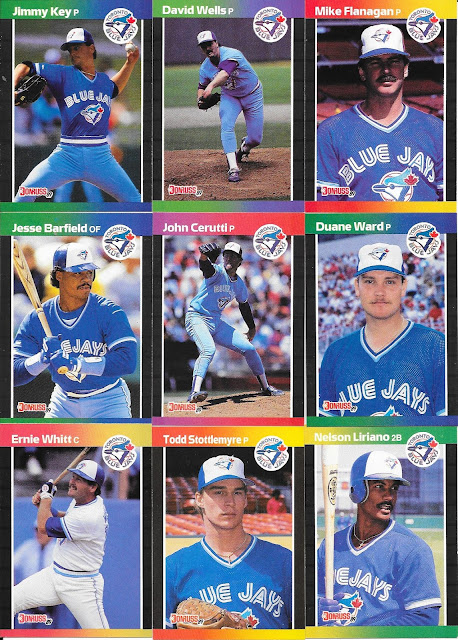 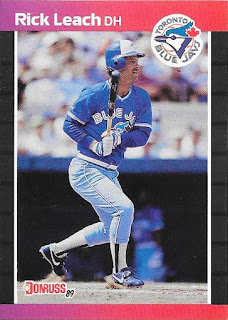 A couple were even variations I didn't have which was a bit of a surprise since I have 8-10 of most of these in some form or another.
I mentioned there were some error cards, and since they come in four variations, I wouldn't mind having each, so we have a bunch of UER card keepers as well... 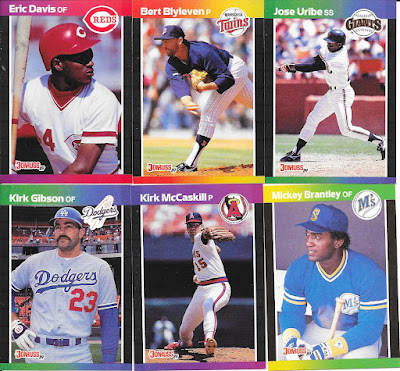 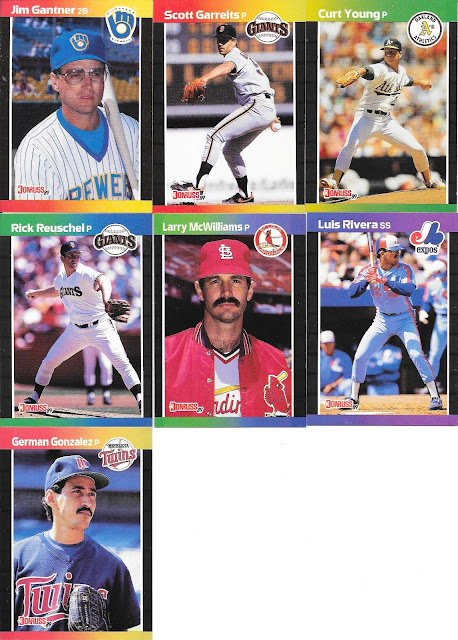 That leaves about 400 more 1989 Donruss cards which I have added into my TCDB traders, so if interested, have a look and let me know.

Let's end today with some more Magic cards from 401games - all these from Darksteel circa 2004. 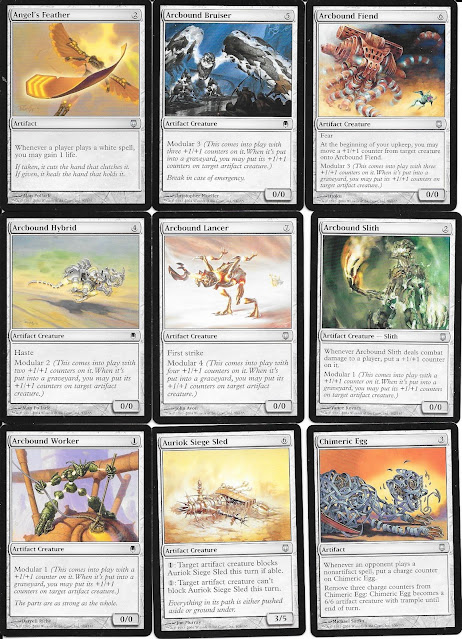 Darksteel is one of the few sets where there are a whole bunch of artifact cards. Usually there are maybe 5-15 artifact cards in a set, but here wehave over 40. Does mean it's a lot less likely I'll complete my set of artifacts for this one, but today does make a good dent. 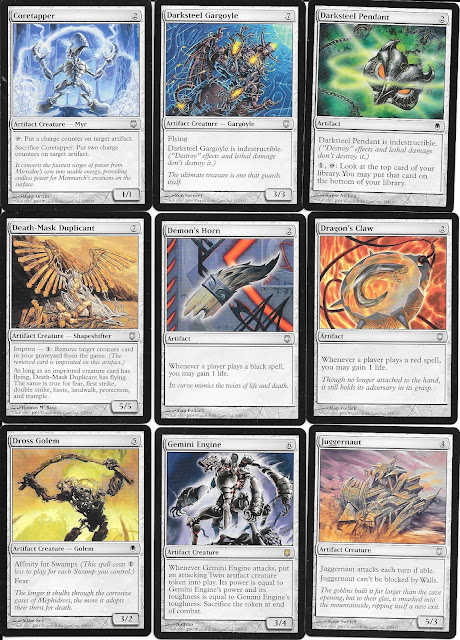 A number of these, I do have the cards, just from other printings which speaks to the reprinting of cards, but not all of them. Juggernaut - definitely been reprinted once or twice...or 20 times...lol. 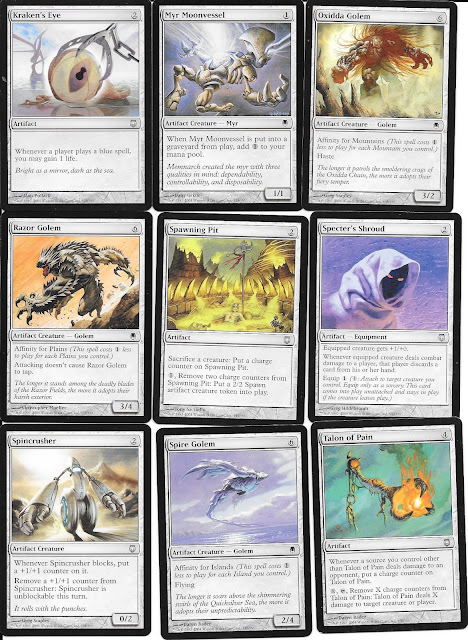 Without checking, I think those Golem cards with the affinity ability haven't been imprinted (at least not in any major way). Probably because affinity as an ability didn't take too much. 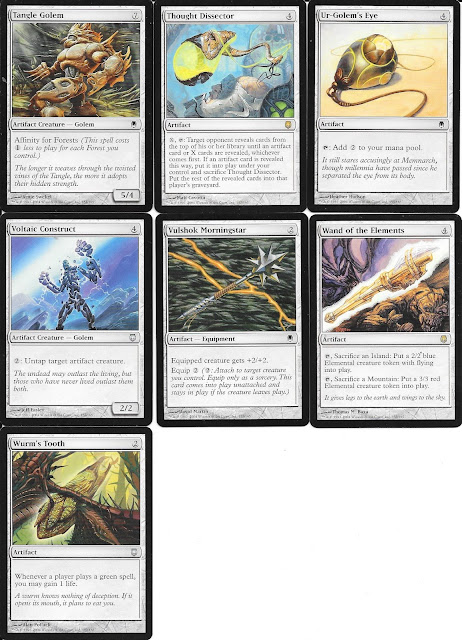 Still really cool to pick up about 2/3rds of the artifacts from this set.
Posted by CrazieJoe at 8:00 AM