Another day, another 2021 WWE NXT Topps pack of cards. 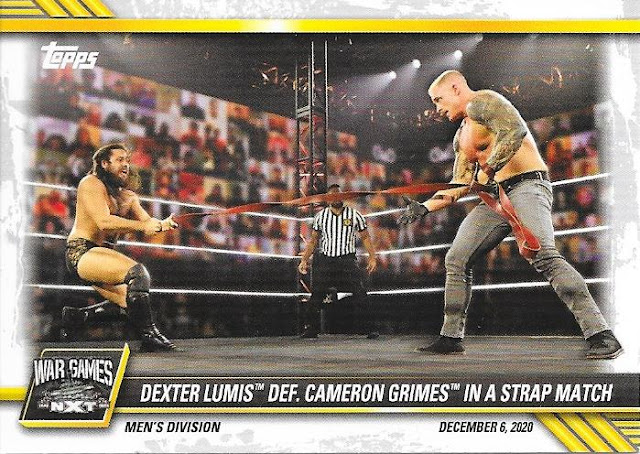 I am not a big fan of strap matches. I can only remember a few, and generally, other than a couple spots with the straps, find that the strap can get in the way of the storytelling. 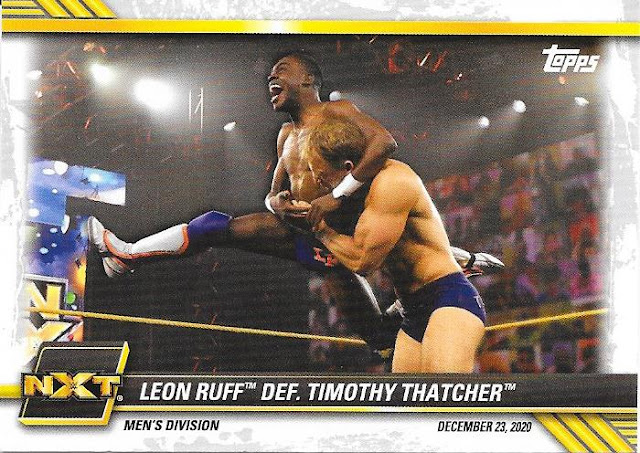 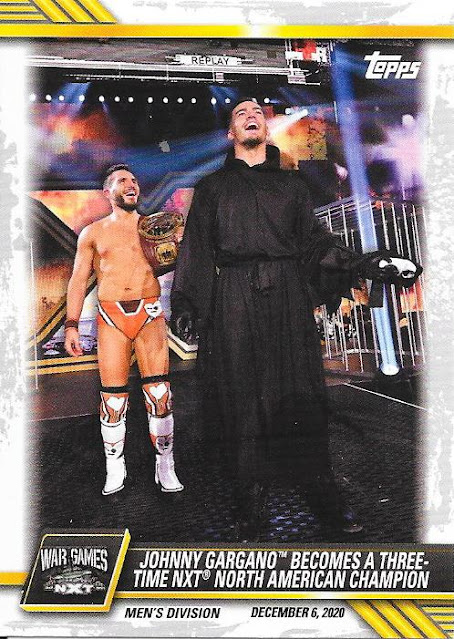 Johnny Wrestling deserves all the gold he gets, so being a 3 time NXT NA champion here - great for him. A fun talent to watch, whether fighting over a belt or not. 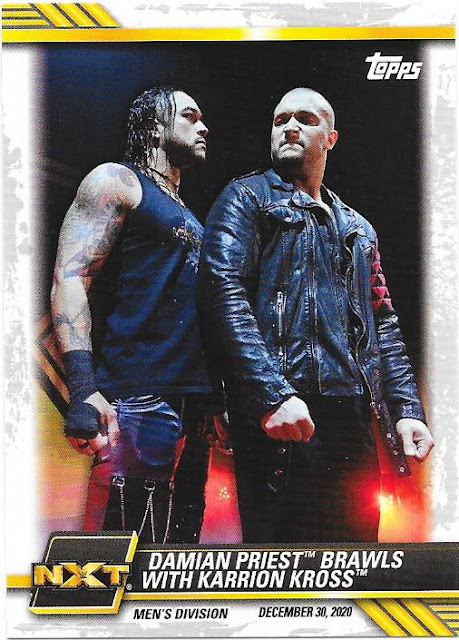 Between the two, I would have put more stock on Kross being the bigger WWE star at this point, but didn't work out that way at all. 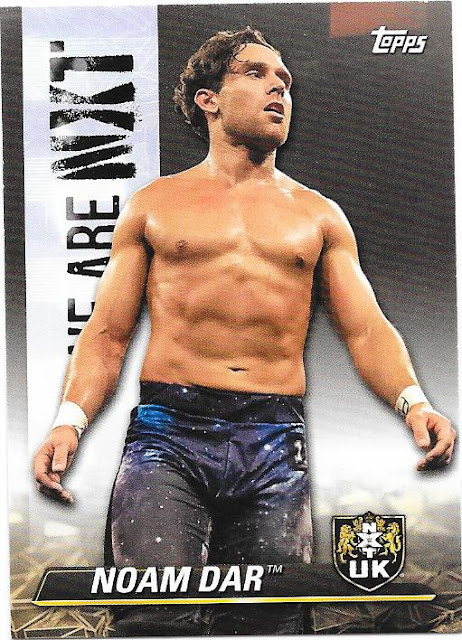 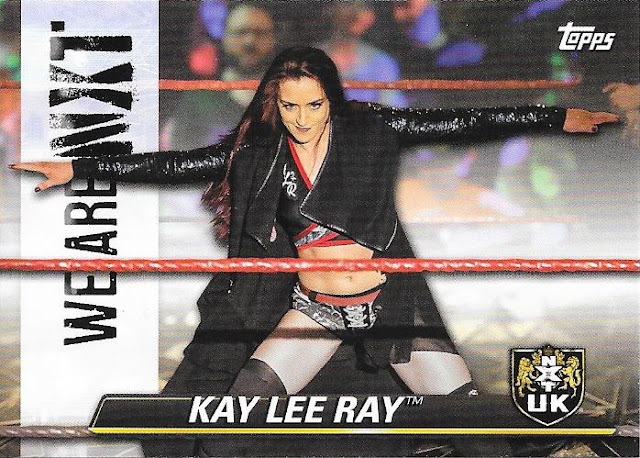 I can only follow so much wrestling, and NXT UK just hasn't been on my radar much, but there are a couple people I do try and keep an eye out for, and Kay Lee Way is one of them. She has solid talent, a good look, and a good presence. Not sure she would be able to make it on the main roster of RAW or Smackdown, but wish she'd get the opportunity. 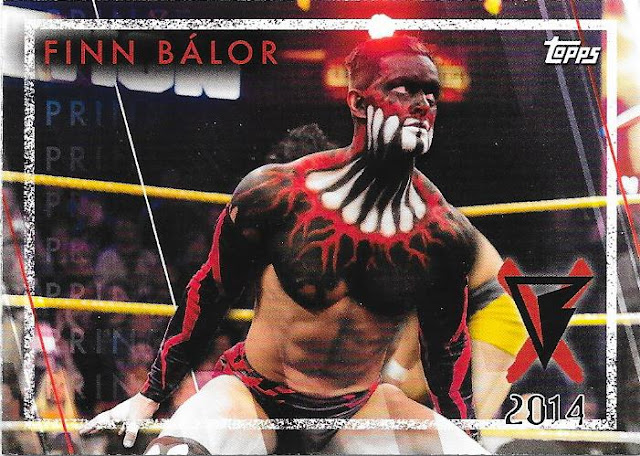 Finn Balor 2014-2016 or so was such a hot commodity. A great talent, great look with the Demon, and just horrible timing in having a lengthy injury as soon as he wins the big title on the WWE main stage of SummerSlam 2016.

It a shame he has not quite been able to bottle it back up and get to that same position subsequently. Man can put on a great match and as I say, is memorable and gets people behind him. Can't believe this was him 8 years ago now.