The Archer of Infamy

Damian Priest had a solid run in NXT, but not an overly long one. Reason for it was because, I think, the upper brass must have seen the potential success ahead of the young star. As such, he never got a run for the NXT title, and was up and looking at a Wrestlemania moment with his match with Big Bunny versus Miz and Morrison. 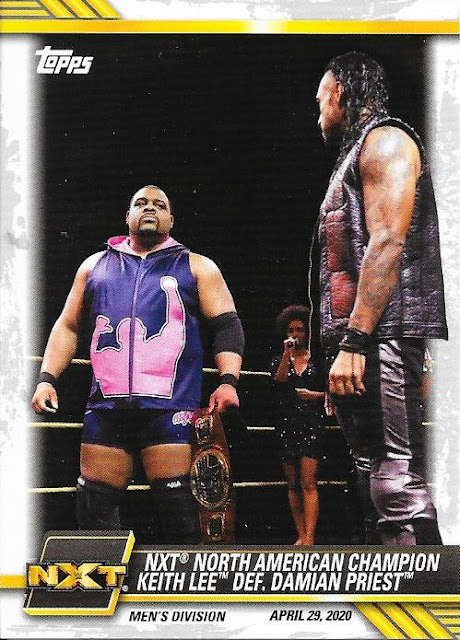 A shame 2020 was the last time in a good while before we may possibly see Keith Lee and Damian face off against each other again. 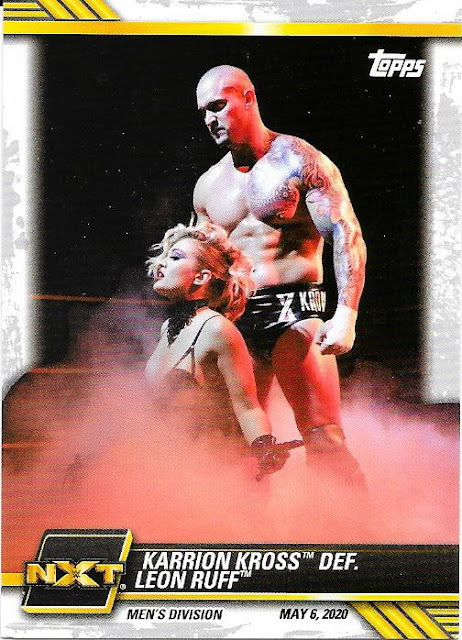 Scarlett played a big role in making Kross' entrance and aura such a big deal. It was on par with Finn Balor's entrance - still not sure why they didn't try bringing it fully up to the main roster. 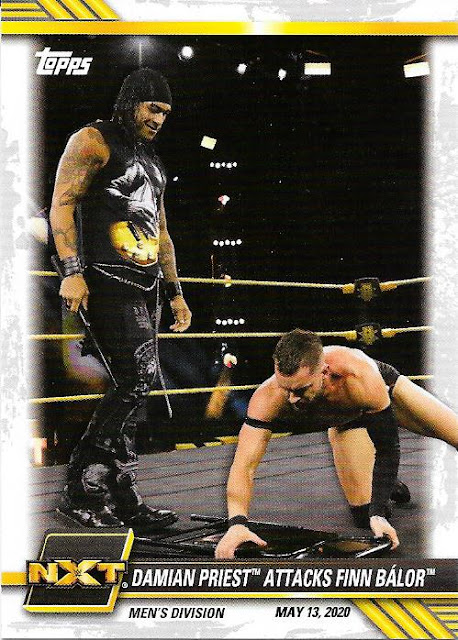 I think Damian made a better heel than baby face, but can see him going either way with how well he did with Bad Bunny. 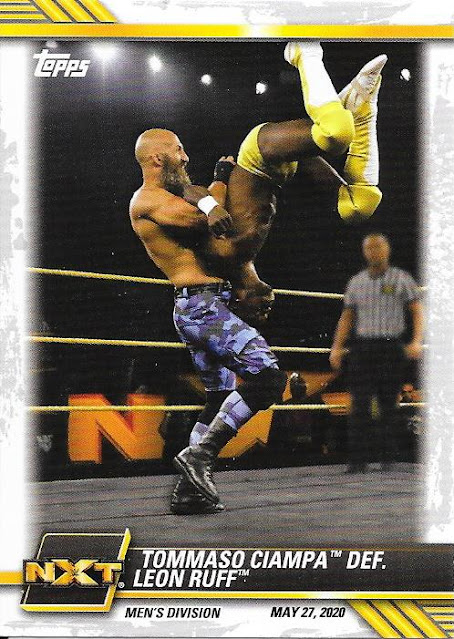 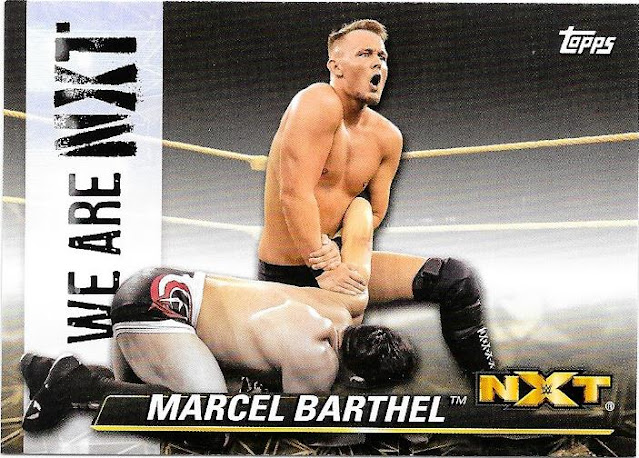 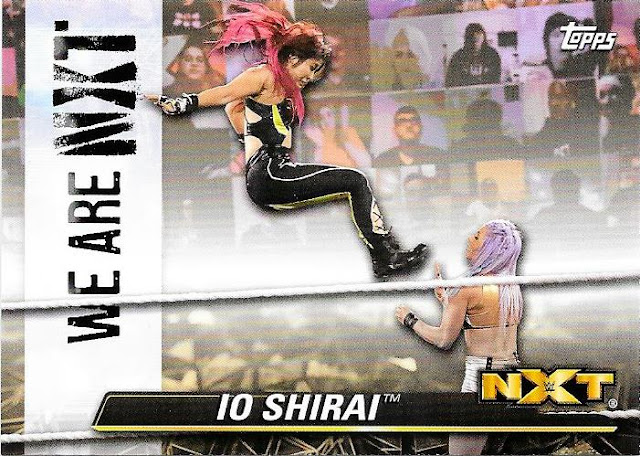 Io Shirai has one of my favourite themes from the last few years, and should always play the evil heel - it just suits her with the "crazy" attitude. Makes sense for her to be flying through the sky in this pic, so at least they got that right. 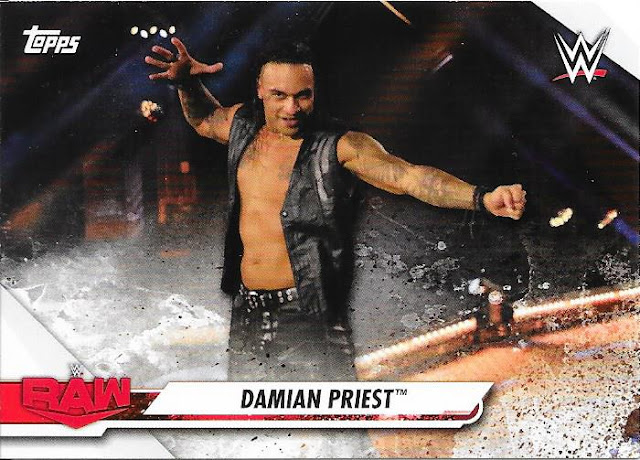 We end with an NXT Alumni card of the man himself.

Another solid pack all around. My hope for the rest of the packs would be seeing a serial numbered card pop up, that would be great. As for wrestlers - would like to see a Dakota Kai card - really enjoy her in NXT.