We will show all the cards from this pack as always, but speak about one wrestler in particular since it's a hot pack - Randy Orton. 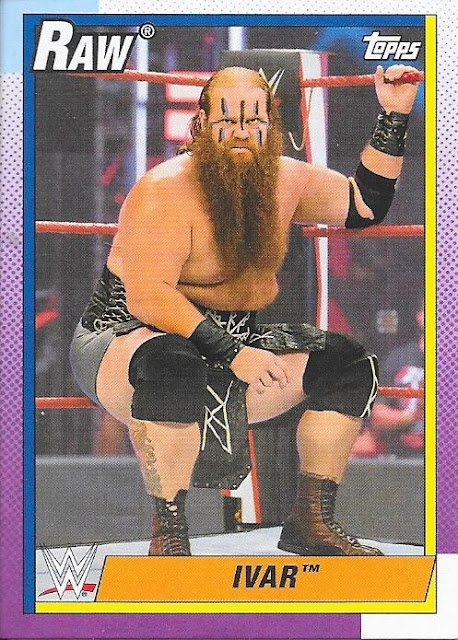 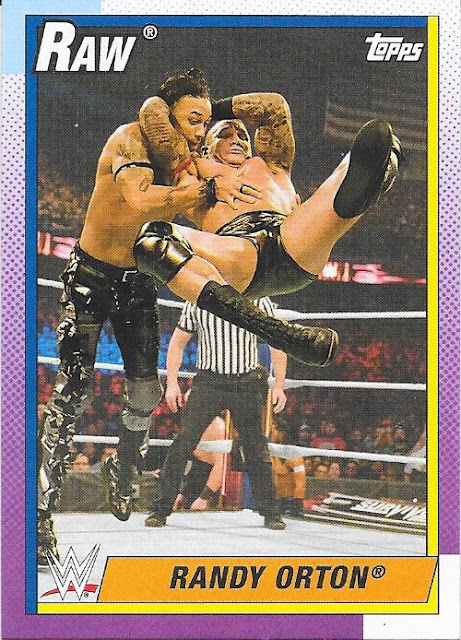 Randy is a first ballot Hall of Famer and has a storied career. He had a rough beginning which is summed as being given so much, so early, that he had to overcome it going to his head (which looking back, in interviews, he seems to agree with), with finding himself later in life and really becoming a great attraction that seemed to enjoy himself out in the ring, and really better draw in viewers.
It doesn't hurt that his finisher - the RKO - can be hit outta nowhere. Yeah, that was a thing for a while on the interwebs. 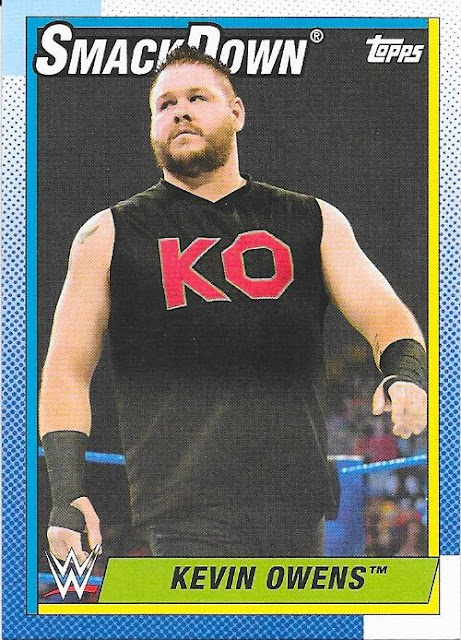 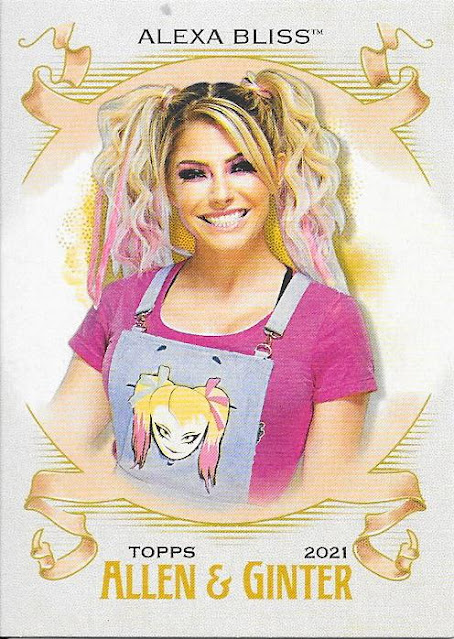 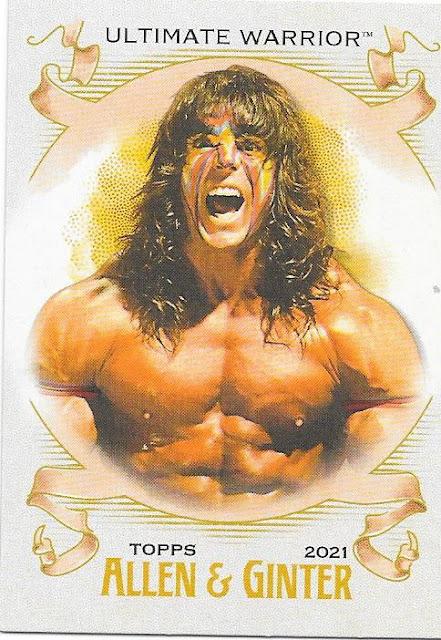 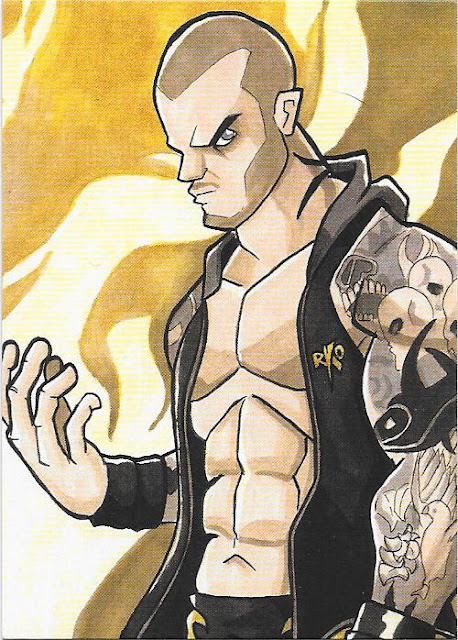 Yeah - really doesn't look like him, and I really don't like these cards, just like I didn't like them in the NXT packs. Randy has pretty much done it all in WWE and has had many title reigns, been part of many good tag teams, had many solid feuds, and honestly, has always made a better heel than face - just someone you like to dislike.
Glad he has been able to find himself, and rather than watching Orton versus Cena match number 324 (they had so many matches over the years), glad that he's done well with helping the next generation of guys such as Riddle. 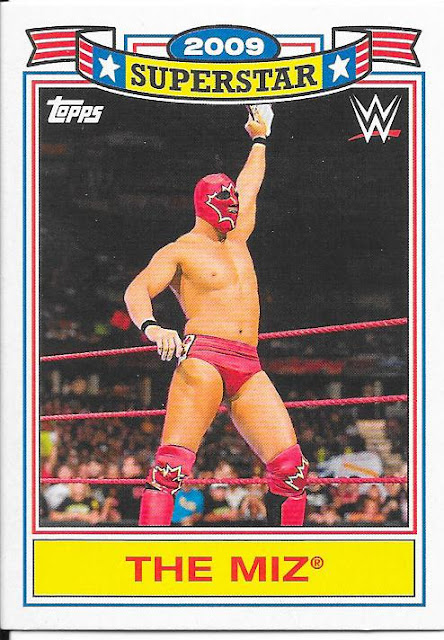 Will also say, glad Miz is finally getting some love. Another first ballot Hall of Famer in my book. Once he started teaming up with Morrison early in his career, I really started to get behind him. I still remember loving his Money In The Bank cash in for the title and how much it made me happy (though most others not so much). A nice insert set, here showing him as the Calgary Kid winning a contract back after being booted.