Another 2021 WWE NXT pack today, and we get a couple stars I really enjoy... 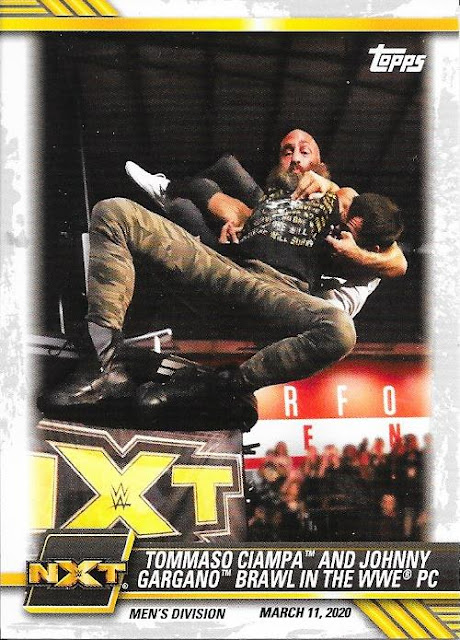 Tommaso and Johnny work so well as a team, and so well as opponents - couldn't tell you which was a better recipe. When a couple guys have great chemistry in the ring, the matches are just so much fun to watch, and these two had many great battles in NXT over the years. 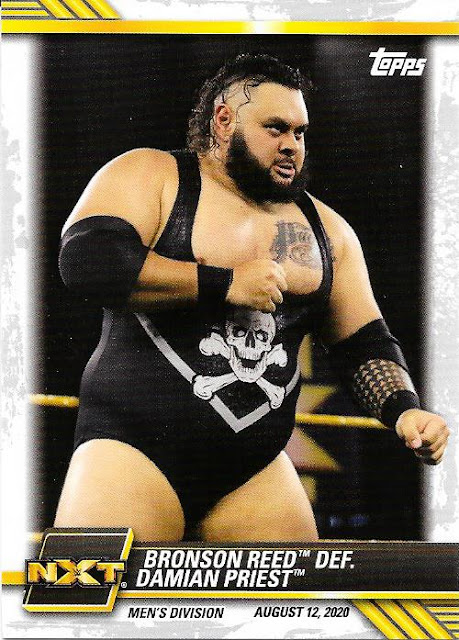 I know Bronson was a big deal on the independents, which I don't follow too closely, but with his time in and then away from NXT, strikes me as a guy that likes to wrestle on his terms, and where he chooses, which is cool. 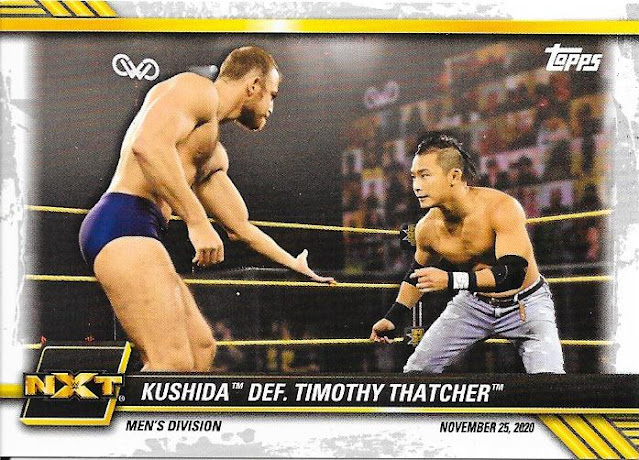 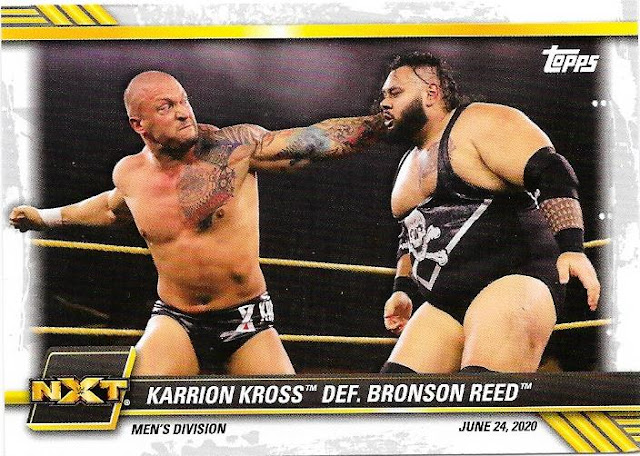 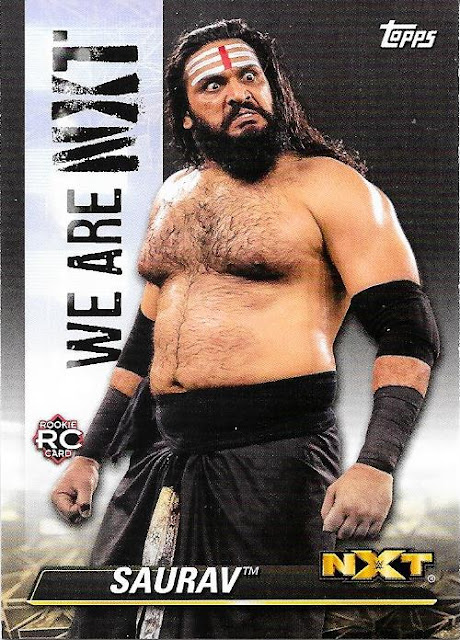 As WWE continues to work toward having more stars from India and similar area, Saurav has seen some action in NXT. 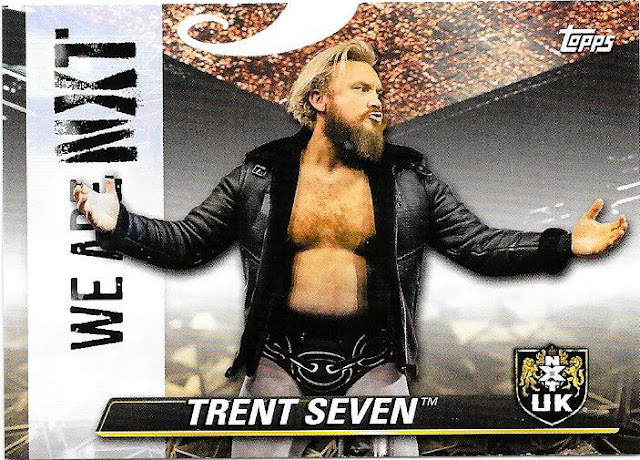 Another Moustache Mountain member, we have Trent, and then end with... 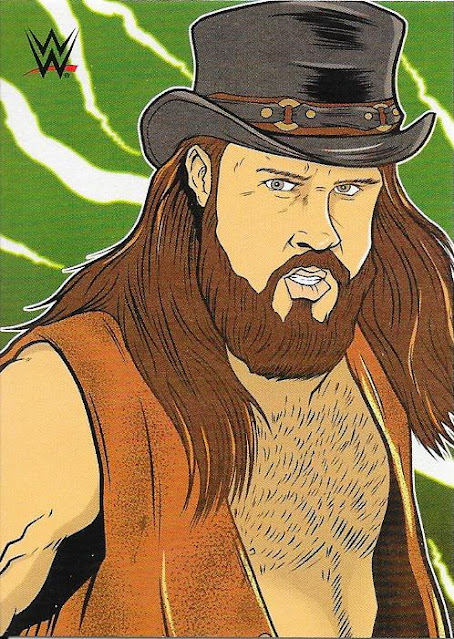 Cameron Grimes in a Migs Media Illustration. Apparently these are every 9 packs, and I have no interest in another really. It's a good pic, but these are along the lines of Triple Play cards to me.